Today, Etihad Airways revealed that it would offset the carbon emissions for its Boeing 787-10 Greenliner aircraft for the year 2021. The move will help the airline on its way to reduce CO2 emissions by half by 2035.

The 2020s were predicted to be all about sustainability and cutting emissions in the aviation industry. While recent events have meant that protecting health has had to become the main focus, sustainability is still very much a focus for airlines. At the start of the year, Air France and British Airways began offsetting all domestic flights. Now Etihad is going one step further.

This year, Etihad Airways took delivery of a Boeing 787-10 in a unique green livery in place of its usual gold. While like the airline’s other 787-10s, the aircraft has become the poster plane for the airline’s venture into sustainability. As such, it has been trialing initiatives to reduce emissions while flying. More on that later!

Etihad will offset all the aircraft’s carbon emissions for 2021. This will initially see it purchase 80,000 tonnes of carbon offsets. While multiple projects are being supported, Etihad is focusing on a Tanzanian forestry project. The cost of the investment isn’t mentioned. However, quick maths shows that offsetting 80,000 tonnes (80,000,000 kg) of CO2 through Lufthansa’s Compensaid program would cost €1.6 million ($1.9 million).

“It’s encouraging to end a difficult year with such a positive move for the sustainable future of aviation. While the year brought many challenges, sustainability has remained at the top of our agenda, and the work hasn’t stopped.”

What is the Greenliner?

Etihad’s Greenliner is a Boeing 787-10 Dreamliner used by the airline to test a range of ways to make flying more efficient. It was first announced at the 2019 Dubai Air Show. One of its trials saw the aircraft being flown to Dublin in partnership with the support of Eurocontrol. Co-incidentally, the green aircraft flew to Dublin on St Patrick’s Day.

EY45 began with the aircraft taxiing straight from gate to runway without any waiting time. This reduced emissions on the ground. The aircraft then flew in one continuous climb from the ground to 34,000 feet, rather than in steps as usual.

The aircraft then used an optimized flight profile for its cruise before descending. Like the climb, the descent was continuous, rather than stepped. Earlier this year, Lufthansa showed how much continuous descents could reduce CO2 emissions. During a two month trial of the more efficient descents, Lufthansa reduced its CO2 emissions by 2,000 tonnes.

Etihad also recently took part in Boeing’s ecoDemonstrator program. Another of the airline’s 787-10s was used for testing in the US before being delivered to Etihad.

What do you make of the carbon offset commitment? Let us know your thoughts in the comments! 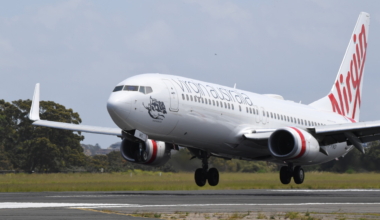 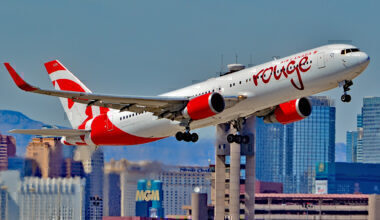 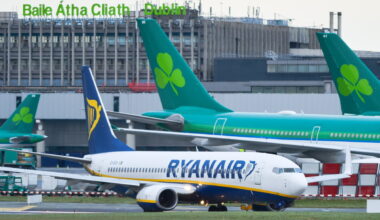