Families of the victims of the Boeing 737 MAX disaster in Ethiopia held a silent protest at the Boeing shareholders meeting in Chicago yesterday. They hoped to raise awareness of the real impact of these crashes, and that those at Boeing were responsible. 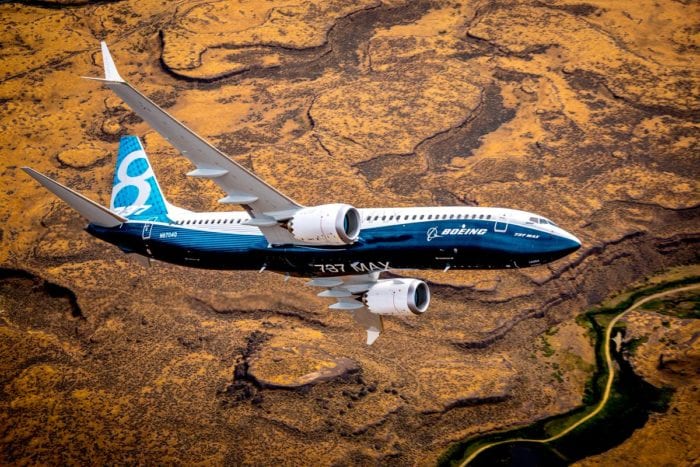 “We are faced with a choice of giving Boeing a free pass at their annual meeting and having no presence – or having even one person there, and that’s a very big difference,”

Why is Boeing holding this meeting?

Thus they need to have yearly meetings to discuss how they are performing and any future plans they have. Naturally, one of the big questions they needed to address this year was the 737 MAX 8 disaster that killed over 300 passengers.

“We feel the immense gravity of these events. There is nothing more important to us than the safety of our people who fly on our airplanes,” – excerpt from the speech of Dennis Muilenburg, CEO of Boeing.

But they were clear to state that the pilots of the Ethiopian Airlines 737 MAX did not “completely follow the procedures that Boeing had outlined to prevent the kind of malfunction.”

They would go on to announce they are restarting 737 MAX production and are confident that these accidents could never happen again. The CEO made a point of flying on two of the 737 MAX 8 test flights to demonstrate that the aircraft is sound.

You can watch a clip from the CEO’s Twitter below:

With a focus on safety, quality and integrity, we hold ourselves to the highest standards in our work because the stakes couldn’t be higher. pic.twitter.com/E5RSVfXRQ9

Did Boeing acknowledge the victims?

Boeing did acknowledge the crashes at the start of the event with a minute of silence for the victims.

But some have said it is not enough, with demands from some shareholders that the Boeing CEO position should be split between a CEO and a Chairman role. This motion was defeated with only 34% of the stock voting against Muilenburg.

Outside the event, five protestors from Ethiopia stood with photos of the victims, demanding that someone at Boeing be tried for manslaughter.

There is a silent protest by five people including family members of crash victims at the Boeing Annual Meeting in Chicago IL pic.twitter.com/EzobgULCiA

The source of the above Tweet went on to state that these five protesters were standing outside in the freezing rain for hours.

While this author would never encourage mob justice nor take much stock in rumors, much of the Boeing incident ‘appears’ to be caused by a failure of design, in both the safety systems of the Boeing 737 MAX and the dated engineering of the 737 model.

Boeing did suggest that the button to disagree with the angle of attack sensor, previously an additional item that airlines had to pay for, was supposed to be in all 737 aircraft.

Many people have called for an investigation into the design and authorisation process of the 737 MAX aircraft, but so far none has been announced.