Etihad Airways Remains Committed To The Airbus A350

Etihad Airways went into the COVID crisis on the back of five years of loss-making operations. Already in the midst of a radical transformation strategy, the airline has accelerated this process in response to the crisis. The widebody future of Etihad is built on the Dreamliner, but CEO Tony Douglas says that the A350-1000 still remains part of the long-term plan.

The A350 remains part of the plan

Five consecutive years of losses had taken their toll on Etihad Airways. As the pandemic further eroded the airline’s position as a world-class carrier, it pressed on with a major transformation program. Etihad is pulling back from the ‘big is beautiful’ strategy and attempting to assert itself as a high-class, mid-sized carrier.

In terms of fleet, this will see Etihad divesting itself of the A380 and the 777-300ER, leaving it with an all-Dreamliner long-haul fleet. But what of the A350? Etihad had initially ordered 64 of the type, but canceled 42 in early 2019. By September that year, they had begun to be delivered by Airbus, but were being flown straight to a storage facility in Bordeaux. Five, to date, have been delivered straight to storage.

Speaking at the World Aviation Festival last week, CEO of Etihad Tony Douglas spoke confidently about the airline’s new position as a boutique carrier. He reaffirmed its position on the A350, noting that they are still part of the plan.

“The statement we’ve made clear is that the backbone of our fleet, for the medium term, is the 787 … We operate one of the biggest fleets in the world, and have benefited not only through the operational economics but also the sustainability position that that incredible aircraft presents. We do have A350-1000s in that plan as well. And that is the backbone of that mid-sized carrier.”

While Douglas wouldn’t be pressed on the entry into service of the A350, he affirmed that this, in tandem with the Dreamliner, was where the airline’s widebody fleet was heading, saying again,

“You’ll see of us a very focused, a very disciplined operating model, which is heavily built around the fleet type of 787 Dreamliner and the A350-1000.”

The latest information is that, by 2023, 12 A350s will have been delivered to Etihad. Douglas does not see the type flying before then. He believes 2021 and 2022 will be an uphill battle with COVID, and expects to fly just the Dreamliner until 2023.

For many years, Etihad has struggled to find its place in the Middle East. Renowned for exemplary customer service, it secured a loyal following in terms of customers, but became almost as well known for poorly chosen investments overseas.

Looking to replicate the model of its neighboring carriers, Etihad invested in struggling smaller carriers, seeking to build a network of allies all over the world. But those airlines, for the most part, turned out to be too far gone. Jet Airways, Air Berlin, Alitalia and Virgin Australia all made up elements of this minority stake alliance, and all ultimately ended in bankruptcy, although not all have stopped flying.

Douglas alluded to this during his interview, noting that,

“Etihad is a relatively young airline; we’re 17 years of age. And I think it’s fair to say that in our earlier teenage years, we made one or two mistakes … We had a strategy previously that was best described as a quasi-alliance strategy, where there was an acceleration of growth through equity investment in a number of other airlines … Unfortunately, it did not work.”

Not all Etihad’s investments have been disastrous. Indeed, two of those four bankrupt airlines still fly today, and Jet is seeking something of a revival. Air Seychelles and Air Serbia remain in relatively good shape, but Etihad is seeking to divest itself of the stakes in these airlines and focus instead on its new mid-size boutique goals. 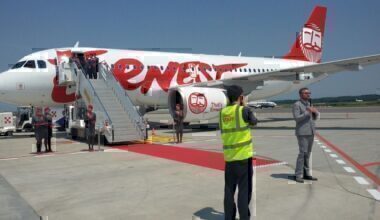 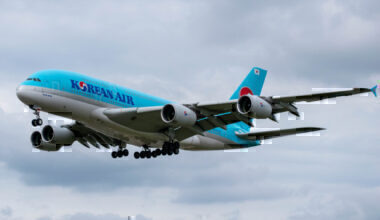 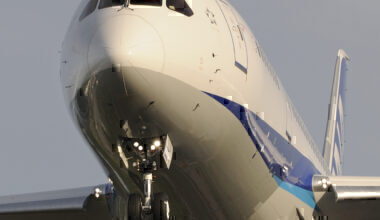