Etihad’s CEO Questions Whether Boeing & Airbus Orders Will Be Kept

Etihad Airways is weighing up whether it will follow through on its orders for certain Airbus and Boeing aircraft. Focusing on sustainable growth amid restructuring, the Abu Dhabi-based UAE flag carrier is yet to come to a decision on the orders. This has caused uncertainty for both manufacturers, as the orders for the 51 aircraft total billions of dollars.

What aircraft does Etihad have on order?

Let’s start by establishing the exact nature of the aircraft that Etihad Airways currently has on order. According to data from ch-aviation.com, the UAE flag carrier’s order book presently consists of 96 jet-powered airliners from both Airbus and Boeing.

Airbus designs make up 41 of these orders, or around 42.7%. 26 of the 41 are examples of the single-aisle A321neo. Etihad doesn’t presently operate any examples of this next-generation narrowbody, although it does fly the older A320 and A321ceo designs. Its remaining 16 Airbus orders are for the A350-1000, of which it has already received five.

Doubts for both manufacturers

It has now emerged that Etihad is yet to decide whether or not it will follow through on more than half of these orders. According to Reuters, the carrier is weighing up its options regarding the 26 A321neos and 25 777Xs that it has requested. Speaking today, CEO Tony Douglas stated that market uncertainty is making the decision a tricky one. He explained:

“The manufacturers can’t confirm when they are going to be delivered and you have a market that you don’t know when it’s going to recover. When the market comes back sustainably, then we will look at how we will scale up.”

Uncertainty regarding 777X deliveries has been a recurring theme for Etihad of late. Indeed, speaking in an exclusive interview with Simple Flying earlier this year, Douglas described the lack of a definite delivery date for its next-generation triple-sevens as being “quite sad.”

Years away from concrete decisions

In any case, we shouldn’t expect Etihad to conclusively decide on the fate of its Airbus A321neo and Boeing 777X orders any time soon. Indeed, Reuters reports that the airline has three years to choose what to do with its next-generation Airbus narrowbodies.

The picture regarding the Boeing 777X is even less clear. Douglas stated that the idea of deciding what to do regarding its 777-8s and 777-9s is “way down the road.” In fairness to Etihad, it is far from the only carrier that has had to face uncertainty on this front.

Simple Flying reported last month that Boeing, which displayed the aircraft at the Dubai Air Show, expects the 777X to enter service within two years. However, delays have plagued the program for several years, so the accuracy of this projection remains to be seen.

What do you think Etihad will do regarding its outstanding orders? Which planes are you most excited to see join the airline? Let us know your thoughts in the comments? 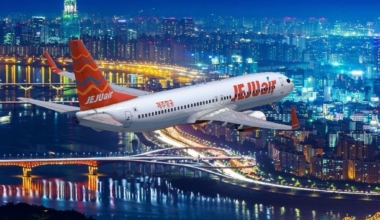 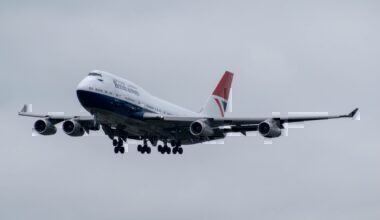