How Etihad Is Working To Reduce Contrails

In an exclusive interview with Simple Flying earlier this week, the CEO of Etihad Airways, Tony Douglas, shared that his airline is employing artificial intelligence and machine learning to help reduce contrails during long-haul flights. Based on data related to pressure, temperature, and weather patterns, Etihad is adjusting flight paths to limit condensation cloud formation and its detrimental effect on global warming.

Why does it matter?

Those line-shaped clouds flowing out behind planes as they traverse the sky are known as condensation trails or ‘contrails’ for short. They are composed of ice particles and are typically formed at cruise altitudes in the upper atmosphere. If humidity is high, contrails can linger for longer in the air and even grow into Cirrus-like clouds.

Persistent contrails pose no immediate threat to public health, contrary to the somewhat resilient chemtrail conspiracy theory. However, research has shown that they are having a significant impact on climate change. Contrails create an often invisible ‘thermal blanket’ in the atmosphere. Just as naturally occurring Cirrus cloud formations, they serve to trap heat rising from the surface of the earth.

When this ‘radiative forcing’ from contrails is taken into account, aviation’s share of the impact on the climate is not just 2-3% of overall CO2 emissions. Rather, its contribution to global warming is somewhere closer to a total of 5%. Scientists are also growing increasingly alarmed that manufacturers might actually end up contributing to more contrails in an attempt to create more efficient and lower-emission engines.

As such, while airlines and airports across the globe strive for net-zero by 2050 – or sooner – it is important not to lose sight of other ways in which the industry has, for all its other benefits, a detrimental effect on the planet. Contrail prevention might not be as attention-grabbing as v-shaped hydrogen-powered planes but is no less deserving of its place on the sustainability agenda.

As part of its sustainability efforts, Etihad Airways is employing partners that use artificial intelligence and machine learning for predictive flight planning to avoid generating contrails. Algorithms take into account data regarding things such as air pressure, temperature, and altitude weather patterns. They then calculate how to adjust accordingly to reduce the amount of contrails produced on long-haul flight paths in particular.

Etihad Airways is also running two headline sustainability programs with its 787 Dreamliners. There is the 787-10 Greenliner program, for which the airline is offsetting all carbon emissions during 2021. While the carrier supports many programs, its main focus is on reforestation in Tanzania. It has also taken delivery of a Boeing ecoDemonstrator 787-10, which entered service in December last year.

Last year, Etihad also issued a sustainability-linked Sukuk (Islamic financial certificate, similar to Western bonds), raising US$ 600 million to support its environmental commitments. These include net-zero CO2 emissions by 2050, a 50% reduction in net emissions by 2035, and a 20% reduction in emissions intensity in the airline’s passenger fleet by 2025. 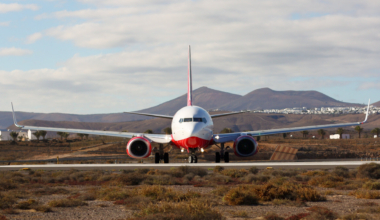 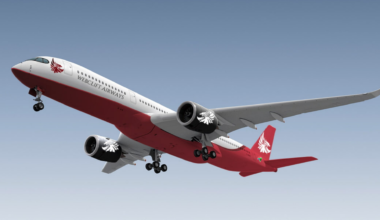 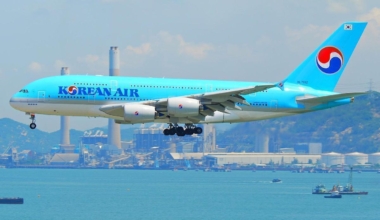 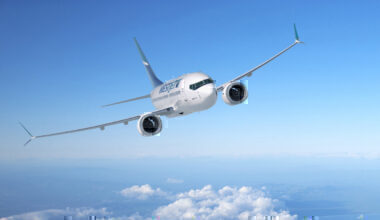