Etihad Places A Huge Emphasis On Sustainability In Dubai

While the world’s climate conscience and attention have been directed at Scotland over the past couple of weeks during COP26. Further east, significant strides are being taken towards sustainable operations with one of the world’s major airlines. While at the Dubai Air Show, Abu Dhabi-based Etihad Airways has announced a string of collaborations to bring together industry leaders, including Boeing, Rolls-Royce, and Airbus, in a major cross-organizational sustainability initiative.

Etihad Airways has been busy during the Dubai Air Show, creating a vast network of partners to help further its sustainability agenda. Previously, the carrier’s sustainability efforts have revolved around the airline’s fleet of GEnX powered Boeing 787’s under the Greenliner Program. That collaboration is now set to expand as Boeing and Etihad announced a new agreement on Monday.

The new MoU will focus on developing sustainable operations across Etihad’s entire network. This will include enhancing the efficiency of navigation and flight operations, airframe technology, and additional sustainable practices.

Boeing will provide charting and navigational tools that provide pilots with real-time advisories to adjust course, altitude, and speed to optimize routing and fuel usage. Furthermore, the partnership will look to reduce emissions at Etihad’s facilities, further use sustainable aviation fuel (SAF), and increase sustainable financing.

Airbus and the Sustainability50

Meanwhile, the airline has now broadened its scope of sustainability partners. In Dubai, Etihad officially showed off its first Airbus A350 (the aircraft was delivered in 2019 but had, due to reasons that need to explanation, remained in storage until recently), naming it the ‘Sustainability50’. It also carries a unique UAE50 livery. Etihad says the number represents both the 50-year anniversary of the federation on the UAE and the airline’s commitment to net-zero operations by 2050.

Etihad, Airbus, and Rolls-Royce will use the Sustainability50 aircraft to test and apply new technology solutions and developments to be applied to the airline’s incoming fleet of A350s. Etihad has taken delivery of five A350-1000s and has another 15 on order.

Rolls-Royce will also partner with Etihad on sustainable propulsion architecture such as hydrogen, electric, and hybrid systems for commuter and Urban Air Mobility (UAM) aircraft.

“There’s no silver bullet for this one, no obvious single act that will provide a solution. It’s going to require the combination and the sum of many different organisations and governments working together for small, incremental improvements,” Tony Douglas, CEO of Etihad Airways, said on Monday.

In order to further optimize digital and sustainable tech-ops, Etihad has also partnered with Lufthansa Technik to use its AVIATAR operations suite. This will focus on fuel analytics, condition monitoring, and automated line maintenance planning. Furthermore, Etihad has signed an MoU with SATAVIA to use their flight planning tool in order to reduce contrails.

Meanwhile, the airline signed a Joint Project Development Agreement (JOP) on waste-to-fuel initiatives with Tadweer (Abu Dhabi Waste Management Center). This agreement, the carrier says, will cover 20% of Etihad’s jet fuel requirements by 2026. Etihad also continues to collaborate with the Storey Group and the Jubail Mangrove Park, where it adopted a mangrove tree for every passenger on its Sustainable Flight from London to Abu Dhabi in October. 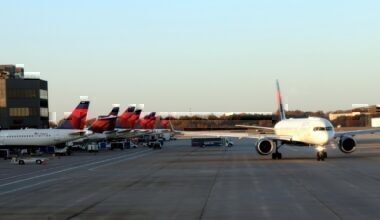 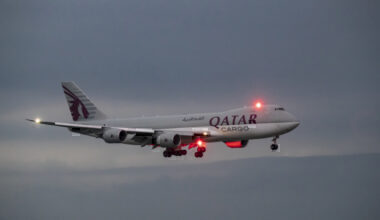 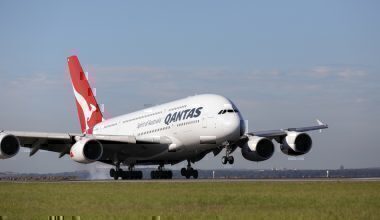