Did St Patrick’s Day pass you by without stopping yesterday? Given the current state of affairs, you’re not alone. But fear not, because Etihad Airways stepped in to bring a touch of green to the Emerald Isle yesterday.

Etihad has a number of Boeing 787s adorned with special liveries. One of these sees a Boeing 787 Dreamliner wearing an emerald green livery. In conjunction with Boeing and other third parties, Etihad is trialing technologies on this aircraft that will hopefully make flying more environmentally friendly. However, yesterday the Greenliner had a different mission. It flew to Dublin to bring a touch of green to the Irish Capital on its national day.

A short stay in Dublin

Yesterday Etihad’s Green Dreamliner, known as the Greenliner, flew to Dublin as part of the country’s St Patrick’s Day celebrations, as was spotted by Arabian Aerospace. The aircraft departed from Abu Dhabi at 02:40, around 25 minutes behind schedule. After seven and a half hours in the air, it then touched down in Dublin at 06:09, 35-minutes ahead of schedule.

However, once it had arrived in Dublin, the Boeing 787 Greenliner didn’t hang about. Instead, it was already back in the air at 09:09, despite a planned departure time of 08:35. Lucky Dubliners may have caught a glimpse of the aircraft on departure before it crossed into British airspace. Following a further 6-hour 40-minute flight home, the aircraft touched back down in Abu Dhabi at 19:50.

However, once it had rested on the ground in Abu Dhabi, the aircraft then made another rotation to Dublin. In theory, those from the UAE could’ve flown to Dublin on the Greenliner, partied the night away on St Patrick’s Day, then returned on the Greenliner the next morning. Whether anybody actually did this, give the current recommendations for social distancing, is another matter entirely.

What is the Greenliner?

Announced at the Dubai Airshow, the Etihad Boeing 787 Greenliner is a partnership between Etihad, Boeing, and other partners testing sustainable practices in the air and on the ground.

The flight used an optimized route to maximize efficiency and bring down fuel usage and carbon emissions. Additionally, while on the ground in Abu Dhabi, the aircraft was granted a special taxi to the runway in Abu Dhabi to minimize engine run time on the ground. You can read more about that flight here.

Have you flown on the Etihad Greenliner? Which Etihad livery is your favorite? Let us know your thoughts in the comments! 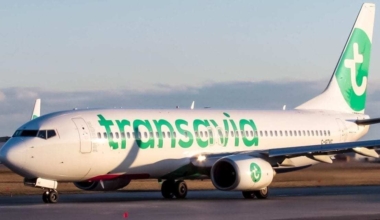 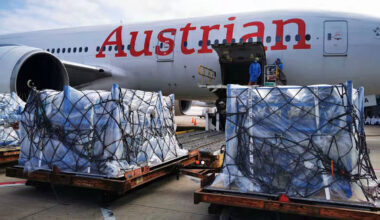 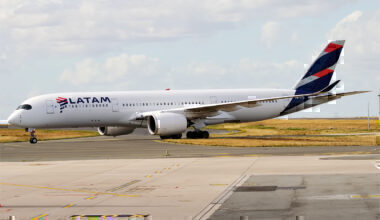