Which Airline Groups Are The Biggest In Europe?

In 2018, it broke a new passenger record, flying 142 million passengers throughout the year. At the time, the airline said:

“The hubs in Zurich, Munich, and Vienna were all major contributors to the network airlines’ growth…”

The group is made up of Lufthansa, SWISS and Austrian Airlines as Network Carriers as well as the Eurowings branch.

Close behind the Lufthansa Group is the Ryanair Group. In 2018, they flew 139 million passengers according to the Centre For Aviation (CAPA).

Whilst that puts them 3 million passengers down from the Lufthansa Group, Ryanair recently posted a spike in passenger traffic numbers. In July, August, and September of 2019, it posted increased air traffic results of between eight and nine percent on the previous year.

However, in October 2019, Ryanair experienced a decline in its percentage change. In October it carried just five percent more passengers than the previous year. Could it take the top spot from the Lufthansa Group for the 2019 end of year airline group rankings?

The fourth-largest airline group in Europe is Air France – KLM.

In 2018, the Air France – KLM Group posted passenger numbers of 101.4 million. Whilst the airline group still ranks in the top five for 2018, CEO Benjamin Smith is looking to change that. He wants to simplify the group into three main brands: Air France, KLM, and Transavia and hopes to increase revenue to strengthen the group’s leadership position.

With 92 million passengers flown in 2018, easyJet retained its position from 2017 as the fifth largest airline group in Europe. The latest accessible statistics for easyJet show a percentage change of 11.8% on the previous year. In March 2019, 7.7 million passengers, in comparison to 6.9 million in March 2018.

The Aeroflot Group carried 56 million passengers in 2018. It ranks as the seventh-largest airline group in Europe. The group is comprised of Aeroflot Airline, Aurora Airlines, Pobeda Airlines and Rossiya Airlines.

Do you think the 2019 rankings will change? Let us know which airline group you think will be largest by the end of the year! 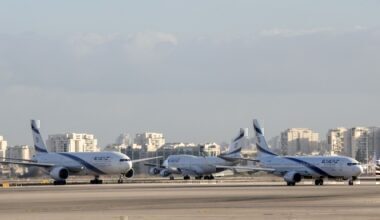 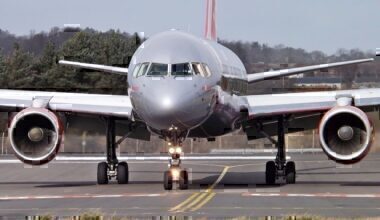