EVA Air is officially saying goodbye to one of its unique ‘Hello Kitty Sanrio Family’ Boeing 777 liveries. The aircraft will return to the carrier’s standard green livery next month after over seven years. Let’s find out more about this livery and aircraft.

EVA Air announced yesterday that it is planning to say goodbye to one of its beloved Boeing 777 liveries. Specifically, the airline is retiring the “Hello Kitty Sanrio Family” livery on one of its 777-300ERs. The plane will return to standard EVA Air colors on 16th May 2021, which means fans have three weeks to see the aircraft in the skies.

Currently, the plane is operating services between Taipei and San Francisco, so keep your eyes peeled if you find yourself in either city. According to data from RadarBox.com, the aircraft has also been seen in Los Angeles and Hanoi in recent weeks, so keep an eye out!

The aircraft carrying this livery is a 15-year-old Boeing 777-300ER, registered B-16703, according to Planespotters.net. This type is the most popular in EVA Air’s fleet and operates long-haul routes in Europe and the US in usual times. The plane was reconfigured in 2016 to have 38 seats in business class, 64 in premium economy, and 221 in economy.

As mentioned, the livery featured here is the Hello Kitty Sanrio Family design, known as “Hand In Hand.” This was painted in September 2013 and came with a new onboard experience to match. On the flight, passengers would be served in Hello Kitty-themed cutlery and could buy exclusive products, a lucrative business.

According to Paxex.aero, EVA Air reported that Hello Kitty flights saw 3% stronger operations compared to other flights. This was despite charging slightly more for the onboard experience, which passengers didn’t seem to mind. The special liveried 777s on long-haul routes were the most popular for the airline.

However, since last year, the Hello Kitty experience has been suspended due to the COVID-19 fears. This likely meant that the licensing costs no longer made much sense for the airline since passengers could not buy merchandise or enjoy the experience. However, the Hello Kitty liveries live on with EVA Air.

While we might be saying goodbye to the earliest Hello Kitty livery in the fleet, EVA Air still has more available! In fact, the airline currently has three more specially painted jets, two A330-300s (B-16332 and -33) and one more 777-300ER (B-16722). All three of these aircraft feature different Sanrio characters for passengers and onlookers to enjoy.

What do you think about the Hello Kitty liveries? Are you sad to see them go? Let us know in the comments! 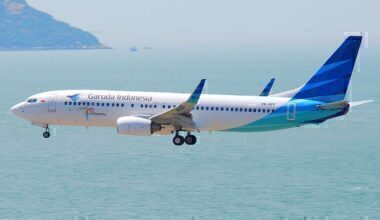 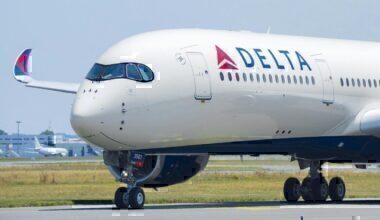 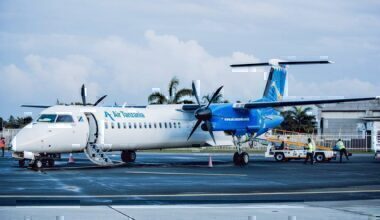