Why Are The Window Covers Upside Down In Exit Rows?

If you’ve ever enjoyed the extra legroom available in the exit rows of an airplane, you might have noticed another subtle difference with these seats. On most models of aircraft, the window blind in the exit row pulls up to close, rather than pulling down as they do at other seats. Here’s why.

There has long been an explanation for the upwardly sliding window shades on emergency exit rows that has circulated and, in many cases, has been accepted as the truth. While other shades slide down fairly freely, this could be a problem in the case, for example, of a sudden impact that caused them to descend.

It’s widely accepted that flight crews will generally ask passengers to fully open their window shades for takeoff and landing. Although this isn’t written into aviation regulations anywhere, there are good reasons for it. From allowing passengers’ eyes to adjust to the darkness (or brightness) of the outside world to letting rescue crews see inside, having a visual line of sight between the cabin and the exterior is seen as a safety benefit.

But what if that aircraft makes a very hard landing? What if it experiences a runway excursion and rumbles off over rough ground? What if it has to make a belly landing, coming down with quite a bump? These types of incidents could surely cause the pull-down shades to unwantedly descend, blocking the view to the outside.

For this reason, the well-meaning but not quite right explanation for the upward moving shades on exit rows has been because they will open, not close, in the event of a sudden impact. Perhaps that’s a side benefit of the real reason for this design nuance, but it’s certainly not the whole story.

Overwing exits come in a few different designs, but all essentially serve the same purpose – to get people out of the plane. They are usually smaller than aircraft doors but need to be large enough to allow all shapes and sizes of passenger to leave the plane. Some have a lifting mechanism, which keeps them attached to the aircraft but lets them open upwards, while others come completely away from the fuselage.

One thing most modern overwing exits have in common is that they have an emergency handle located at the top of the panel. This handle releases the exit from the fuselage, allowing it to be opened. There is a complimentary handle on the outside of the aircraft which will allow rescuers to open the door externally.

It is this handle that is the simple explanation for why the window shades close upwards and not downwards. There is simply no space for the blind to retract within the panel above the window. Below the window, of course, there is plenty of space, which is why the blind goes that way.

Perhaps there are other benefits to having the blinds retract in this direction, but this is the reason it was designed this way. 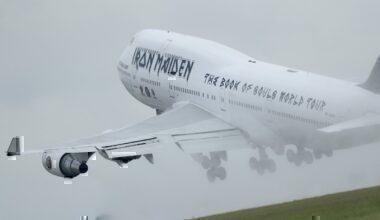 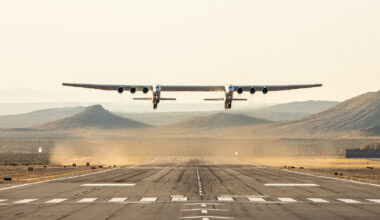 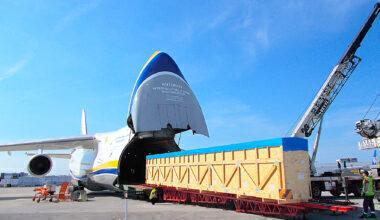