As the US enters a phase of sustained airport infrastructure improvements, the Federal Aviation Administration (FAA) has awarded billions of dollars in grants to airports that need the money to fix runways, terminals, aprons and acquire new equipment. On Thursday, the FAA announced another $627.7 million in grants for airports across the US, with some money bound for both major and regional airports.

Under the Airport Improvement Program (AIP), the FAA has revealed more than $627.7 million in grants bound for airports. The latest round gives money to 390 airports in 39 states, Puerto Rico, and the Federated States of Micronesia.

Secretary of Transportation, Pete Buttigieg, stated the following on the grants to airports:

“Airports serve as a lifeline for communities across the nation. Modernizing our infrastructure in a way that creates jobs, ensures safety, combats climate change, and fosters equity is a top priority for the Biden-Harris Administration. These Airport Improvement grants will help airports across the country better serve their communities.”

“These grants are an investment in safety and continued innovation. Every airport in every community plays a vital role in our air transportation system.”

Every year, the FAA awards grants to airports that have highlighted infrastructure or equipment deficiencies that need to be remedied but come at a high cost. Many projects, ranging from runway revamps to terminal security improvements, have been funded through grants from the FAA.

The FAA grants go to major US airports that hundreds of millions of passengers pass through each year and to minor airports that only see a few flights per day and some airports that receive essential services and small commuter jets.

Examples of the grants

The full list of grants stretches over 20 pages and details specific work that money is awarded for. One interesting grant goes to Newtok Airport in Alaska, which has received over $21.1 million. This money will go to constructing a new airport in the village of Newtok, which serves an Alaska Native community of 374 residents.

A new airport is needed because the ground surrounding the current airport is eroding, as is much of the land around the village. This airport is an essential lifeline for the community, relying on aviation to transport people, goods, mail, medicine, and other essential services.

Major airports have also received their fair share of grant money, including the following:

As can be seen from the list above, the projects the FAA is funding are diverse and are not uniform in cost. These are some of the big-ticket items for airports.

When most people think of airports in the US, words like outdated, complicated, confusing, old, and inefficient are often thrown around. Recognizing this and a growing number of air travelers, in the long run, airports are focused on improving as much as possible.

With the current downturn in aviation, though a recovery seems to be materializing, airports have worked with airlines to accelerate or else move full steam ahead with infrastructure developments. With fewer flights to manage and fewer passenger areas needed, airports and airlines are working overtime to improve the passenger experience in time for the recovery of the aviation industry.

With this latest round of grants, several airports are gearing up for the future. Shutting down a runway in a normal year can be incredibly difficult and complicated for airlines to manage, but in 2021, it should be much more manageable to still handle flights.

Some big winners include regional airports like Gillette, Lexington, Yap, and Aguadilla, which are getting money for various reasons. While some of those costs may be surprising, geography and passenger needs dictate what airlines need the money to accomplish.

For example, Yap is located in the Federated States of Micronesia in the Pacific Ocean. United Airlines serves the airport from Guam, providing one of several important links to the airport. Given the remote location, it is not surprising that the airport needs more money to rehabilitate a runway than Gillette, Wyoming, needs to build a brand new terminal building.

The Airport Improvement Program provides grants to mostly public agencies to support public-use airports included in the National Plan of Integrated Airport Systems (NPIAS). New grants go out every year to airports that are publicly owned, privately owned by designated by the FAA as a reliever, or privately owned but having scheduled service and at least 2,500 annual enplanements.

Larger airports can usually raise cash much more easily than smaller ones. Major hub airports like New York-JFK or Dallas/Fort Worth, among others, can work with their airlines to issue things like bonds to raise the cash they need to conduct airport infrastructure updates. Smaller airports usually do not have access to that kind of funding in the private market.

Air service is one of the backbones of the American transportation system. Many communities rely on air transportation, which helps connect remote swaths of the country. In addition, large hubs facilitating connections are one of the primary ways people travel across the US. As such, the AIP is designed to further the reach of air service across the US and ensure that airport infrastructure is well-funded.

There is still plenty left to do in the US to improve airports. It will happen slowly but surely. This round of FAA grants will definitely help further improvements in the US.

What do you make of the latest round of FAA grants for airport infrastructure improvements? Let us know in the comments! 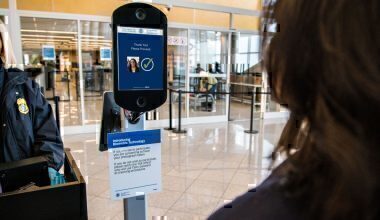 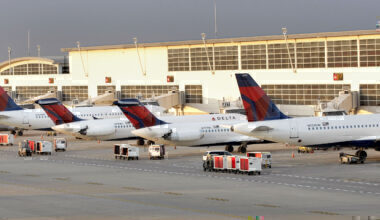 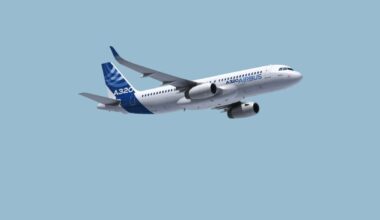 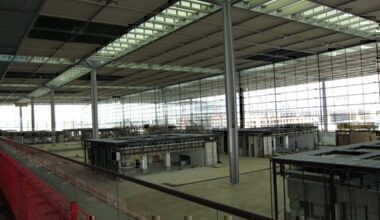 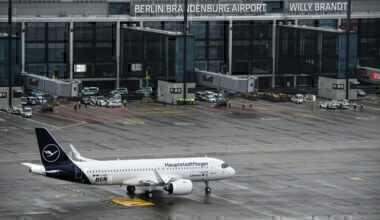