The United States Federal Aviation Administration (FAA) reached a worrisome conclusion in regard to the Boeing 737 MAX. After the Lion Air crash, the FAA predicted more fatal Boeing 737 MAX crashes due to the MCAS design flaw.

Along with international regulatory agencies, the United States Congress is taking a hard look at both Boeing and the FAA in the wake of two fatal 737 MAX crashes. Recently, the Chair of the House Transportation Committee, Congressman Pete DeFazio, issued the following statement:

We have learned that shortly after the issuance of the airworthiness directive, the FAA performed an analysis that concluded that, if left uncorrected, the MCAS design flaw in the 737 MAX could result in as many as 15 future fatal crashes over the life of the fleet—and that was assuming that 99 out of 100 flight crews could comply with the airworthiness directive and successfully react to the cacophony of alarms and alerts recounted in the National Transportation Safety Board’s report on the Lion Air tragedy within 10 seconds.

The FAA believed that the MCAS design flaw could lead to 15 future fatal crashes. Even then, after knowing this, the FAA deemed the 737 MAX to be airworthy and continued to allow the 737 MAX to operate passenger services. Moreover, the FAA assumed pilots to have an almost inhuman reaction time and respond to the alerts within 10 seconds.

Simple Flying reached out to Boeing who offered the following statement:

The TARAM (Transport Airplane Risk Assessment Methodology) analysis provides guidance on the appropriate timeline for implementing mitigating actions for potential safety issues.  Based on such an analysis, an FAA Corrective Action Review Board determined that Boeing’s and the FAA’s actions in early November to reinforce existing pilot procedures through issuance of an Operations Manual Bulletin and Airworthiness Directive sufficed to allow continued operation of the MAX fleet until changes to the MCAS software could be implemented.   Boeing’s own TARAM analysis was consistent with the FAA’s conclusions. The actions that Boeing and the FAA took, including the issuance of the Operations Manual Bulletin and Airworthiness Directive and the timeline for implementing the MCAS enhancements, were fully consistent with the FAA’s analysis and established process.

Simple Flying received the following statement from the FAA:

A TARAM is one of several safety tools regularly used by the FAA to analyze safety issues. The FAA’s Corrective Action Review Board relied on TARAM results — as well as information from the ongoing investigation into the accident of a Boeing 737 MAX in Indonesia — to validate the agency’s immediate decision to issue a Nov. 7, 2018, Emergency Airworthiness Directive. The directive reminded pilots of the important procedures to promptly correct runaway stabilizer trim. On March 12, the agency completed a subsequent TARAM that considered the most likely scenario for the 737 MAX accident in Ethiopia. The accident investigation team also worked overnight to collect and analyze satellite data that might corroborate the hypothesis while investigators provided additional information from the accident site. The FAA acted immediately to ground the aircraft on March 13 after verifying the satellite data, which was reinforced by evidence from the crash site.

Furthermore, the FAA provided additional clarification on the background of the predicted 15 737 MAX crashes. The data assumes a 45-year fleet life and a total fleet of 4,800 aircraft. The results are predicated on what would occur if NO action were taken. However, the FAA stated that they took action — immediately issuing an Emergency AD and requiring follow-up fixes by the manufacturer.

What does all of this mean?

Both Boeing and the FAA have a lot of work to do. The 737 MAX grounding is already hitting the one-year mark. Some airlines are even preparing for a lack of passenger confidence in the aircraft type. On Boeing’s side, the manufacturer must support airlines in the return to service, offer a clear set of changes and improvements made to the aircraft, and attempt to restore as much public confidence in the type as possible.

The FAA, on the other hand, once held global acclaim as a leader in aviation safety. However, the 737 MAX crisis has tarnished that reputation. In this certification process, the FAA must make sure that the 737 MAX is 100%, completely safe. The FAA should predict a grand total of zero future 737 MAX crashes.

Why the FAA’s prediction matters

The FAA predicted a fleet life of 45 years with over 4,800 aircraft in operation. 45 years is a long time for an aircraft type to remain in active service. Most 737 MAX likely would be retired somewhere between 25 and 30 years in service.

The 737, in all derivatives, has been one of the most popular narrowbodies in passenger service. And, over the years, the 737 should have become safer with each successive generation as Boeing pioneered additional safety features. However, the fact that the FAA predicted 15 fatal crashes over the 737 MAX fleet life barring any precautionary action, shows that MCAS flaw is more inherent in the aircraft itself.

This is some very troublesome news. The fact that the FAA predicted future crashes and then, only a few months later, there was a fatal 737 MAX crash shows how serious the MCAS flaw really was. Hopefully, Boeing and the FAA learn a lot from the 737 MAX crisis and, from now on, make safety the highest priority.

What do you make of the FAA’s prediction? Do you have confidence in the 737 MAX? Let us know in the comments! 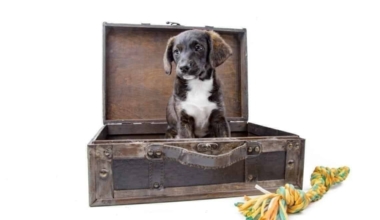 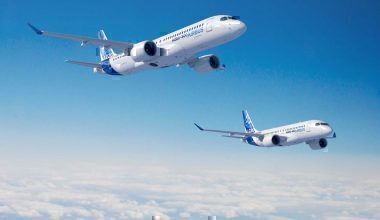