The Federal Aviation Administration (FAA) is investigating an incident at San Diego International Airport after an apparent near-miss between an aircraft coming into land and one that was preparing to take off. The incident happened on Thursday night a little after 22:30 when an inbound Skywest Alaska Airlines flight from Portland International Airport (PDX) was on final approach.

As the aircraft was on final approach at an altitude of 300 feet, air traffic control instructed the crew of flight AS 3446 to abort the landing on runway 27 and perform a go-around due to a departing aircraft being on the airport’s only runway. According to ABC News reporter Sam Sweeny, a Delta Air Lines Airbus A330-200 operating as flight number DL2249 was preparing to take off for Detroit Metropolitan Wayne County Airport (DTW) when it was delayed due to mechanical issues.

BREAKING: The FAA is investigating a near miss collision between a Delta A330 jumbo jet and a Skywest Embraer 175 on approach to the San Diego Airport Thursday night. pic.twitter.com/bQGOVoyIuA

According to aviation tracking website RadarBox.com, the incoming Skywest Embraer ERJ-175 immediately pulled up and climbed to 4,800 feet as it passed over Pacific Beach before landing in San Diego 12 minutes later. When contacted regarding what could have been a major disaster by NBC 7 News, San Diego, SkyWest Airlines published a statement from which read:

“Alaska Airlines Flight 3446, traveling from Portland to San Diego, landed without incident at 10:55 p.m. last night. Air traffic control issued a ‘go-around’ to give further separation between aircraft. That’s a standard procedure. Our pilots are highly trained and skilled at responding to these types of situations.”

A statement from the FAA who is investigating the incident read:

“Air traffic controllers at San Diego International Airport instructed the crew of SkyWest Flight 3446 to discontinue their approach to Runway 27 Thursday evening because another aircraft was on the runway preparing for departure,” an FAA representative emailed NBC 7. “The other aircraft, Delta Air Lines Flight 2249, departed safely, and the SkyWest aircraft landed later. The FAA is investigating.”

While we do not know how many passengers and crew were aboard each aircraft, we know that Skywest Airlines Brazilian-built Embraer ERJ-175 was a three-year-old aircraft with the registration N193SY configured to carry 76 passengers. The Delta Air Lines Airbus A330-200 that was waiting on the runway is a 16-year-old aircraft with the registration N851NW. Delta Air Lines Airbus A330-200s are configured to carry 234 passengers in three classes of service.

At the time of the near-miss, the weather was a little overcast but with perfect visibility for the incoming Skywest Embraer.

San Diego International Airport (SAN) was first called San Diego Municipal Airport – Lindbergh Field when it opened in 1928. Charles Lindbergh flight-tested the Spirit of St. Louis at the nearby Ryan Airlines factory where the plane was built.

Today, SAN claims to be the busiest single-runway airport globally, with almost 500 daily flights pre-COVID-19. In August 2019, Forbes Magazine called SAN the best airport in the United States due to the amenities on offer, minimal delays, and its closeness to downtown.

Being located three miles (4.8 km) northwest of downtown does not come without its drawbacks. The approach into SAN is known for its proximity to skyscrapers and steep descent over Bankers Hill.

We do not yet know how near the miss was and will wait for the FAA report on the incident.

What do you think about the near-miss, and why did ATC wait for so long to tell AS3446 to go around? Please let us know your thoughts in the comments. 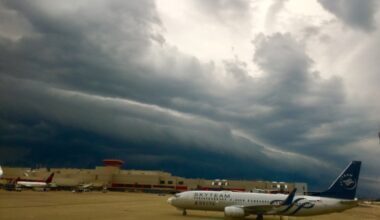 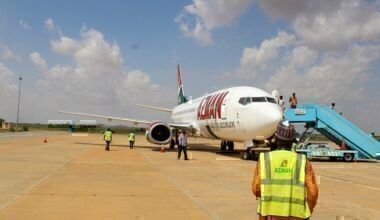 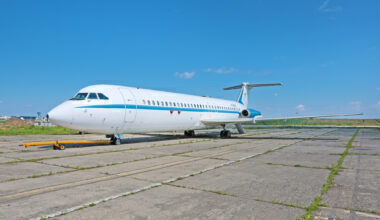