Fiji Airways Sends Two Airbus A330s Back To Its Lessors

Fiji Airways is losing a third of its Airbus A330 fleet as it returns two A330-200 aircraft back to lessors. The airline has been working to reduce its costs amid the global health crisis and persistent travel restrictions, and suppressed demand. The aircraft will fly back to Abu Dhabi and their lessor, Etihad Airways.

Made possible due to the short-term nature of the original lease agreement, Fiji Airways is in the process of sending back two of its Airbus A330-200s. The early return is due to the prolonged health crisis and suppressed travel demand.

Fiji Village also notes that the airline’s Managing Director and CEO, Andre Viljoen, notes that the aircraft were first acquired to boost capacity in the short term and allow for an increase in frequency, as well as the launch of new routes (such as to Tokyo). Viljoen also noted that the aircraft played a key role in mitigating schedule disruptions caused by the 737 MAX crisis and the global grounding of the type.

DQ-FJO and DQ-FJP are configured differently from the rest of the Fiji Airways A330-200 fleet. Rather than 24 business class seats and 249 economy, the pair have a more spacious configuration, with 18 seats in business and 233 in economy.

Data from Planespotters.net shows that the jets joined Fiji Airways in the middle of 2018 as short-term leases. Both aircraft had previously been flown by Air Seychelles.

However, digging deeper, we can see that both jets have parallel histories- flying with the same carriers at every stage of their service life. The pair began flying for Jet Airways in 2006/2007 before going to Gulf Air in 2008 on a short-term lease.

They went back to Jet Airways shortly after and again were out on a short-term lease to Oman Air in 2009. After then going back to Jet Airways, the two jets went to Etihad, then Air Seychelles, and finally, Fiji Airways. Unfortunately, both jets have been inactive and parked since March 2020 with the onset of the health crisis.

Data from Planespotters.net suggests that the pair are leased from Abu Dhabi-based carrier Etihad Airways. In a way, this could explain the recent flight to Abu Dhabi for DQ-FJP. However, examining ch-aviation data, it looks like the aircraft are sub-leased, with the registered owner of both jets being Carlyle Aviation Partners. With Etihad unlikely to operate the aircraft themselves, perhaps Abu Dhabi has been selected as a storage site- until a new lessee can be found to operate the aircraft.

What do you think is next for this pair of A330s? Will they find a new airline and continue their role in transporting passengers? Or do you think it’s time for them to undergo a passenger-to-freighter conversion? Let us know what you think by leaving a comment. 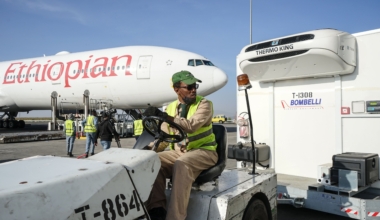 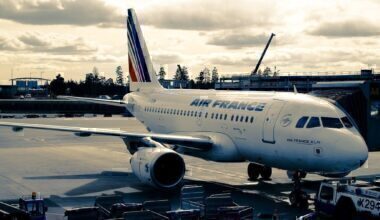