Finnair Lets You Dine On Airplane Food At Home

Finnair will offer its business-class “Taste of Finnair” in-flight meals in supermarkets as the airline battles the financial impact of the pandemic. Culinary favorites from Finnair’s Europe-to-Asia routes will feature, such as reindeer meatballs and teriyaki beef.

The carrier is using the new initiative to keep its catering staff employed during this difficult period. The pilot scheme will initially involve a single supermarket before potentially expanding to other branches.

Details of the pilot scheme

The airline has focused on its highly-regarded Asian cuisine which features on many Europe-to-Asia flights. Meals will be prepared by Finnair’s culinary branch, Finnair Kitchen, at their center in Vantaa. Much like its in-flight selections, meal choices are set to rotate every couple of weeks.

The handmade ready meals will cost 10-13EUR and will initially be available at a single store – K-Citymarket Tammisto. The scheme hopes to attract customers longing for a taste of the in-flight experience and is set to expand to other K-Citymarket branches. Store manager Kimmo Sivonen said in an interview with newspaper Ilta-Sanomat:

“I think everyone has a bit of wanderlust these days and we can now satisfy that need a bit.”

What’s on the menu?

Meal options are taken from Finnair’s business-class in-flight menu and include Japanese teriyaki beef, Arctic char and reindeer meatballs. The ready meals will be prepared with reduced salt and spices compared to the in-flight range, as people’s taste sensitivity is diminished during flights.

“The meals are inspired by Nordic and Japanese flavors and seasonal ingredients. The menus include, for example, Finnish smoke and reindeer, as well as a serving of beef and teriyaki radish sauce, which draws on Tokyo’s street food culture.”

Reasons behind the initiative

Finnair is using the scheme to ensure its catering workforce remains employed amidst a difficult time. The airline has already been forced to lay-off a sizeable chunk of its 7,000 workforce due to the coronavirus pandemic.  Marika Nieminen, Vice President of Finnair Kitchen, told the Associated Press:

“So many of Kitchen’s employees are temporarily laid off and we can now create new work and employment for our people.”

Before the COVID pandemic, Finnair Kitchen planned to expand its culinary services beyond traditional in-flight meals. Finnair has been operating at only a fraction of its capacity compared to figures for last year, with flights down by over 90% in September.

The carrier is not alone in experimenting with novel ways to make up for lost revenue and generate some extra publicity. Singapore Airlines opened up one of its Airbus A380’s as a stationary restaurant, while several airlines worldwide have been operating scenic “flights to nowhere.”

Would you buy airline food if it was available at your local supermarket? 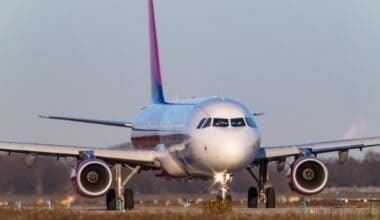 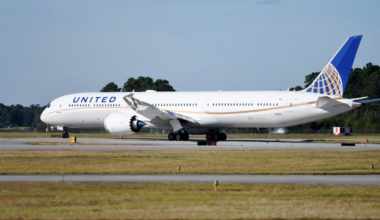