Finnair To Axe 10% Of Its Workforce

Finnair, the Finnish flag carrier, has today announced that it is to cut 700 jobs. The airline is also continuing its program of long-term temporary layoffs for thousands of its employees.

The COVID-19 pandemic hasn’t been kind to any single airline around the world. However, some airlines are feeling the effects more than others. Indeed, while some US airlines are trying to avoid any layoffs, Lufthansa expects to cut tens of thousands of jobs due to the massive drop in demand. Finnair today revealed how many employees will be leaving its 6,500 strong workforce.

Finnair is set to cut 700 roles from its workforce, both in Finland and abroad. With its employee count standing at around 6,500, around 10% of the airline’s positions will be eliminated. Of these 700 job cuts, 600 will be in Finland, while the remaining 100 job cuts will affect roles outside of the country.

In late August, the airline revealed that it would enter negotiations over the future of 1,000 roles. While 700 positions being lost is still devastating for those affected, it is also good that the airline has been able to bring down the number of job losses.

“I’m grateful that together with our employees, we were able to find savings solutions which helped us to save approximately 150 jobs at Finnair. Despite of that, this is a very sad day at Finnair. The corona pandemic has been completely unfair to our industry and unfortunately many Finnair employees now must experience its financial implications personally.”

Any redundancy is unfortunate. Finnair is looking to implement the 700 redundancies by March next year. However, it won’t just say goodbye to its employees.

Finnair has launched what it calls a ‘change security’ program called NEXT. In collaboration with several schools, businesses, and government agencies, the program offers training, career coaching, and paths to reemployment for those workers leaving the airline. The program is designed to streamline employees’ transition into a new job.

Simple Flying recently reported that Finnair would look to fly to a total of 51 destinations during the winter 20/21 timetable. This includes destinations in both Asia and Europe. With over 100 destinations last winter, this represents a significant cut.

The problem now facing Europe is that of a second wave. Across many European countries, the number of COVID-19 infections is steadily increasing. This means that things could be about to get worse for Finnair’s short-haul operations before they get better. Rising COVID cases may discourage travelers but may also mean that passengers are liable to new travel restrictions.

What do you make of Finnair’s newly announced job cuts? Let us know your thoughts in the comments. 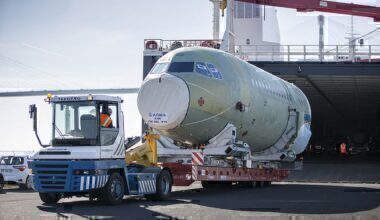 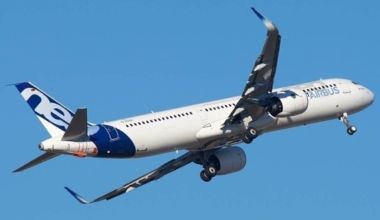