First Choice Airways ordered the Boeing 787-8 in February 2005, as a modern, efficient replacement for its 767-300 fleet. It was set to be the launch customer in the UK. The airline no longer exists, but the order was never lost. It transferred to the newly created Thomson Airways, and the aircraft (now including the 787-9 as well) are flying today with TUI Airways.

The story of First Choice Airways

If you weren’t a leisure traveler in the UK in the 2000s, you might not have heard of First Choice Airways. The airline actually started service in 1987 as Air 2000. It operated from a base at Manchester with initially just two Boeing 757 aircraft. It expanded over the next decade to include service to more European destinations, the US, and a few other vacation destinations.

In March 2004, Air 2000 rebranded as First Choice Airways. By 2005, it was the fifth largest airline in the UK. It was short-lived, though. In 2008, it merged with TUI AG group airline Thomsonfly to form a combined airline under the brand of Thomson Airways.

In February 2005, it confirmed a first order for the Boeing 787-8, intending to replace its fleet of aging 767 aircraft. It initially ordered six 787-8 aircraft and placed options for six more. Delivery of these aircraft was expected in mid-2009, and First Choice Airways was to be the UK launch customer for the 787.

In September 2006, it confirmed two of these options, and the final four were confirmed in March 2007. At the time, it was the largest customer in Europe for the 787.

Speaking at the time of the final confirmation, Dermot Blastland, managing director of First Choice, said:

“Having taken the decision to increase our commitment to long-haul destinations, we wanted to ensure we could do this in the most cost-effective and environmentally sound way… When we announced our selection in 2004, we believed the new Boeing 787 would be key to achieving this. The success of our long-haul program with our upgraded Boeing 767s has given us the confidence to order 12 Boeing 787s.”

Transferring the order to Thomson Airways

Thomson Airways stuck with the order for the 787, although delivery delays crept in. The first 787-8 was originally expected in 2009, but it was May 2013 before the first two aircraft entered service. Others followed regularly after that, with four by the end of 2013, two in 2014, three in 2015. (according to fleet date from Planespotters.net).

After delivery of the 787-8 started, Thomson Airways went further with orders for the larger 787-9 aircraft. In May 2015, it announced it would take up to four 787-9s. Two of these would be switched from the existing 787-8 orders, one more new order was confirmed, and an option placed for one more.

It cited strong customer demand as the driver for the higher capacity aircraft, with plans to operate them on services to Florida, Mexico, and Jamaica.

The first of these 787-9 aircraft was delivered in June 2016. It was delivered pained in the new TUI livery, in preparation for the brand changeover in 2017.

Today, TUI operates a fleet of eight 787-8s and six 787-9 aircraft. Usage has suffered, of course, during the slowdown in 2020. The whole 787 fleet was grounded but remained on the ground at Manchester and Gatwick airport rather than heading to storage.

As of December 2020, three 787-8s and five 787-9s have returned to service, and the others remain parked (according to Planespotters.net). 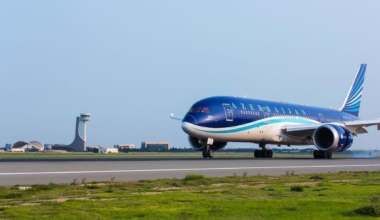 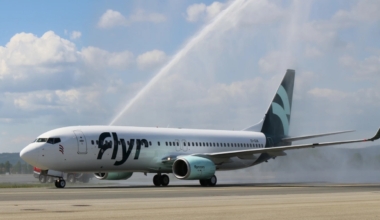