Dubai-based luxury hotel group FIVE has been revealed as the launch customer of the Airbus A220 private jet, dubbed the ACJ TwoTwenty. FIVE will take delivery of the very first ACJ TwoTwenty in 2023, and will use it to shuttle its discerning guests between its growing portfolio of properties and around the world.

The first customer for the ACJ TwoTwenty has been revealed as FIVE, a luxurious and fast-growing hotel group with its home in Dubai. The aircraft will be registered 9H-FIVE (and pronounced Nine Hotel Five) and will enter service for the brand in 2023.

The ACJ is being fitted out by luxury interior experts Comlux Completion, starting in January 2022. Among the features planned for the first TwoTwenty are 16 seats, a dining table for eight, and a master suite with king size bed and shower. The jet will use electro-chromatic window shades, like the Dreamliner windows, and will provide non-stop high-speed internet connectivity.  Also onboard will be two ultra-large 55-inch screens, full LED lighting and a full kitchen galley.

The TwoTwenty will be capable of flying for 12 hours nonstop, opening an incredible range of destinations from FIVE’s home in Dubai. The jet will be operated by Comlux Aviation, under the Swiss firm’s AOC in Malta, although the two flight attendants onboard will be from FIVE’s own staff. FIVE will take delivery of the very first ACJ220 to roll off the production line, and aircraft that Airbus began constructing in May this year.

Simple Flying caught up with charismatic businessman Kabir Mulchandani, Founder and Chairman of FIVE, to find out more about his plans with the aircraft. The CEO met us at a champagne and caviar laden reception at his hotel on the Palm in Dubai, where Comlux had cleverly transformed a basic office into a sky high party space using LED lights. Interestingly, the space in which FIVE’s guests were received was precisely the same width as the interior of the TwoTwenty.

At present, Mulchandani has a Global private plane for his own use, so it’s a pretty big step up to go from operating this to running a large regional jet like the A220. He explained his thoughts behind buying the plane, noting,

From the cabin renderings, it’s clear to see the high class, party atmosphere Mulchandani is intending to create for his guests. Onboard, he will embrace multi use spaces, where coffee tables can extend to become dining spaces, or can be taken away to create large dancefloors. Onboard DJs will provide the entertainment, while his renowned chefs will bring the most luxurious meals and snacks to those he shuttles around between his properties.

Speaking about the ACJ TwoTwenty in comparison with other popular bizjets, he said,

What will the ACJ TwoTwenty be used for?

While Mulchandani will undoubtedly be enjoying the luxurious surroundings of the TwoTwenty for his own private trips, he also intends to shuttle passengers between his growing portfolio of properties too. FIVE has two operational hotels right now but is in the process of opening another two, one next year and one the year after. Mulchandani notes that he is also in negotiations for the acquisition of properties in Europe.

He envisions guests enjoying the fresh air of Zurich for a couple of days, then jetting off on 9H-FIVE to Dubai to soak up the sun. The ultra-luxury brand has its sights on further expansion in the future, and the ACJ TwoTwenty offers a future-proofed solution regardless of where FIVE puts its roots down in the future.

“With this aircraft [Airbus has] guaranteed us a 12 hour flight, they have guaranteed us London to San Francisco, so that’s against the winds. And that guarantees Dubai to anywhere in Africa, anywhere in Europe, anywhere in Asia. From where we are based, we can hit Reykjavik, Cape Town, Tokyo, where we’ve covered our customer base.”

Mulchandani isn’t writing off the idea of adding more ACJ TwoTwentys in the future. When asked if he wanted to be an airline CEO as well as a hotel CEO, he commented,

“I definitely have the desire to work in spaces that I love. I love hotels. I love aviation. Do I have that desire? Absolutely. Will it be a commercial success? I’m not sure. Do I care? Not really. I’m loving this, it’s so much fun, and I’m just really super privileged to be in a position to do it.”

In terms of price, guests of FIVE who intend to enjoy the lavish surroundings of the TwoTwenty can expect to shell out around $10,000 for the privilege. That, Mulchandani says, is an ‘affordable’ price point, slightly more than first class but much more private and exclusive. While it might be an eyewatering figure for the man on the street, the hotel CEO says that the types of guests he hosts in his facilities typically spend more than that on champagne during their stays! 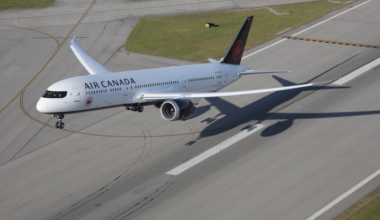 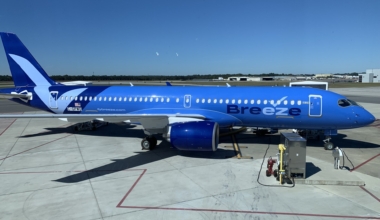 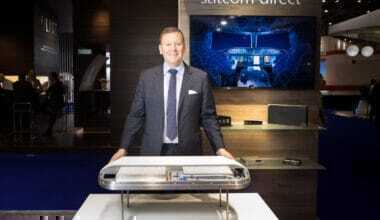