Suthida Tidjai, long-time consort of Thailand’s King Maha Vajiralongkorn, became Queen of Thailand this week. The new queen was once a Thai Airways flight attendant and, although few details of the romance are available, the royal couple may have met on a flight, according to the Associated Press.

The now king and queen of Thailand married in Bangkok on May 1st in what Channel News Asia and the Associated Press report as a surprise ceremony for many.

Queen Suthida was born on June 3, 1978. She graduated from the Assumption University, Bangkok, with a degree in communication arts in 2000. In 2012 she was awarded her first royal decree by then King Bhumibol Adulyadej, father to now King Maha Vajiralongkorn. The decree was the Order of the White Elephant. It was given for “honesty, loyalty and responsibility … dedication and sacrifice” to the then Prince Vajiralongkorn.

The decree named Suthida Tidjai, Lieutenant Colonel Suthida Vajiralongkorn. To date, she has now been awarded 20 royal decrees, becoming a special officer in the crown prince’s bodyguard in 2013 and a full general of the Royal Thai Army in 2016.  In 2017 she became deputy commander of King Maha Vajiralongkorn’s personal guard and received the royal title of Thanpuying, or “Lady.”

Queen Suthida has been unofficially linked romantically with the king for some time. But the relationship has only just been officially recognized. She is now expected to join coronation events and receive further royal titles. King Maha Vajiralongkorn became constitutional monarch of Thailand in October 2016 after his father’s death.

“Therefore, he bestows (the title) on General Suthida Vajiralongkorn na Ayudhya from Queen Consort to Queen Suthida as of now.”

King Maha Vajiralongkorn was once a pilot for Thai Airways

The Daily Mail also reports that Suthida Tidjai is thought to have met the then Prince Vajiralongkorn while working for Thai Airways. He is a licensed pilot and sometimes flew the airline’s Boeing and Airbus jets. Details aren’t apparent as to how long Queen Suthida worked as a flight attendant for Thai Airways. The Daily Mail puts her as entering the Thai military in 2010 as a Second Lieutenant. She was reportedly promoted to First Lieutenant six months later. The publication says her first royal decree in 2012 made her Lieutenant Colonel.

On the second day of the three day coronation ceremony of King Maha Vajiralongkorn, HM is bestowing new royal titles to his family members and other royalty. pic.twitter.com/sKqpDupUjY

The King and Queen of Thailand are not the world’s only royals or celebrities with links to commercial flying.

Actor John Travolta reportedly owns his own Qantas Boeing 707 and is type-rated for 11 different aircraft. Dutch King Willem-Alexander revealed in 2017 that he had secretly co-piloted KLM flights as much as twice a month for 21 years as a “relaxing” hobby. 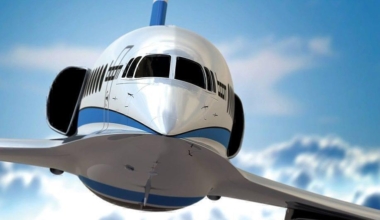 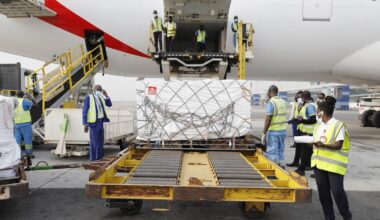