Donegal Airport was recently voted the world’s most scenic airport to land into by PrivateFly. What better excuse to make a trip to Ireland’s finest county, then? 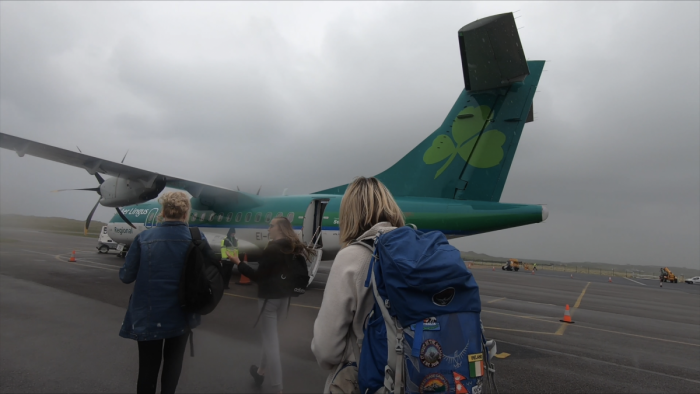 Donegal Airport is located on a narrow isthmus near Carrickfinn Beach, on the west coast of the county. Isolated, and only accessible by private car or taxi (there is no public transport), the airport nonetheless performs a vital role in connecting rural communities in this rugged and beautiful part of the world. 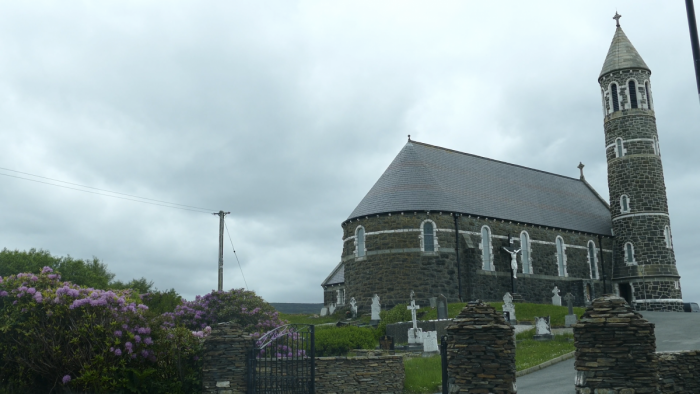 I took some film and pictures of my approach the preceding day into Dublin. The weather was excellent and it’s easy to see why Donegal is such a popular place to take a holiday. 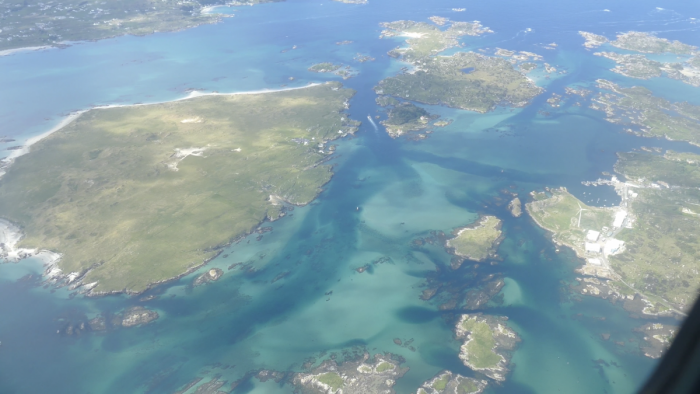 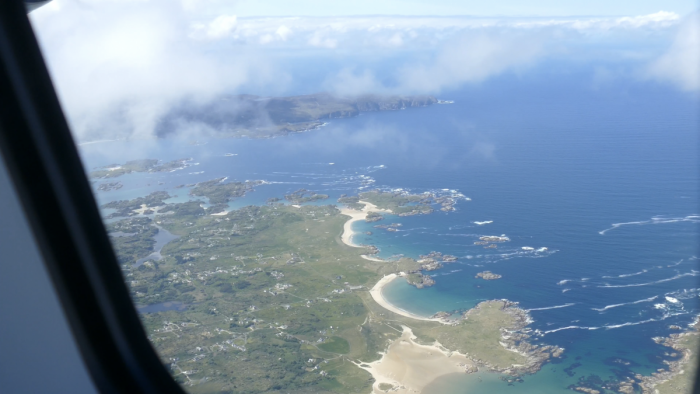 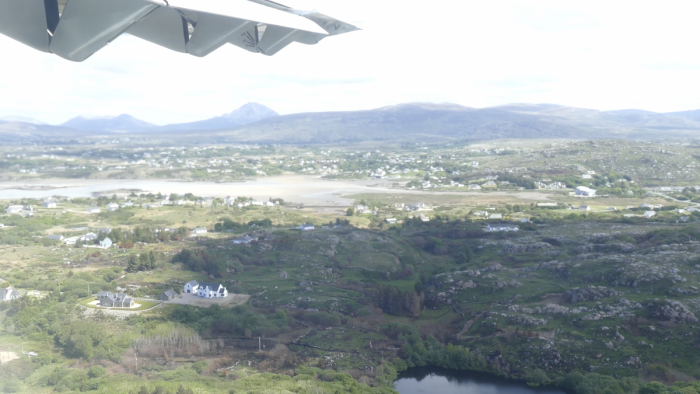 Sadly, the weather was not so great on the return leg, which is where I’ll pick up the report! 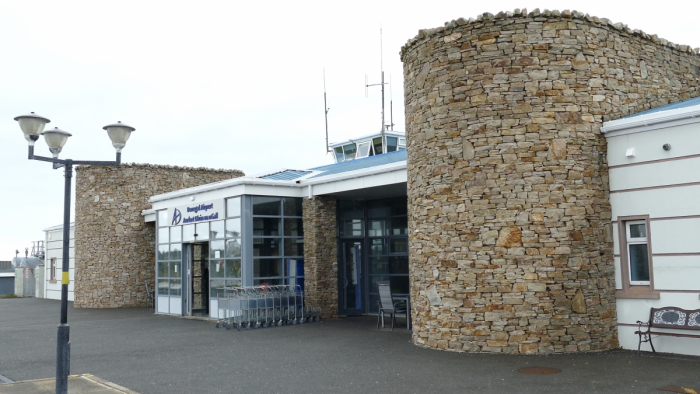 Donegal Airport is a very small affair, and has only been a commercial airport for as long as I’ve been alive, having been upgraded to that status in 1986.

The check in area is a single room, with a car hire desk, two check in counters (one Aer Lingus, one Loganair – who fly to Glasgow), one shop and some seats. 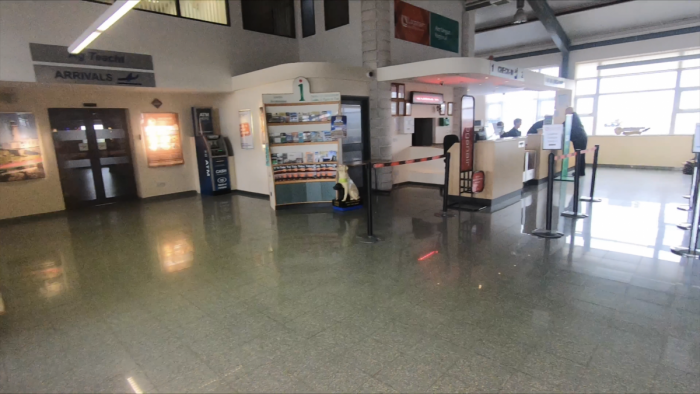 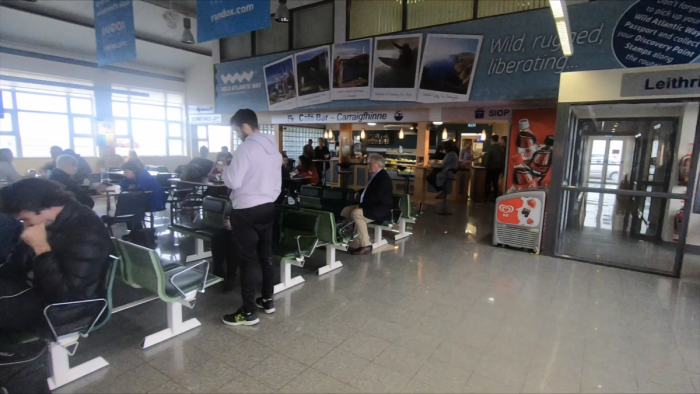 Historically, the north west of the island of Ireland has suffered from poor infrastructure. Donegal in particular has specific geographic challenges, being remote from the capital and sharing almost all its border with Northern Ireland. Donegal has no motorway or public railway whatsoever, and Dublin is over four hours by car. The airport have been canny in marketing themselves – and the region – as a scenic place. I’m not sure if Donegal surpasses timeless gems like Lukla, Paro, or Isafjordur, but it’s still well up there, and the global publicity they managed to squeeze out of the event has been an example of good marketing, neatly done. 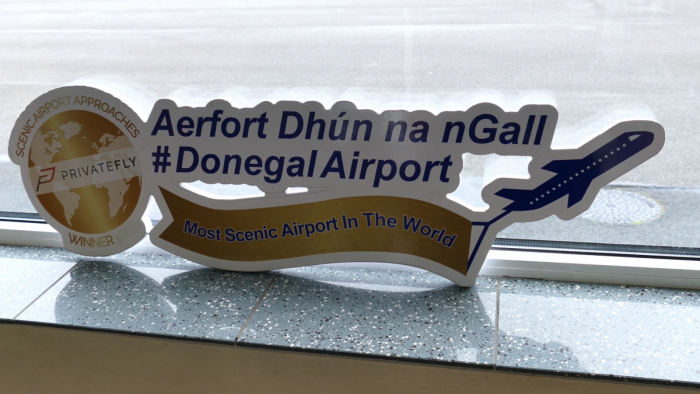 Our aircraft landed from Dublin – a 2 year old ATR 42-600, EI-GEV, operated on behalf of Aer Lingus by Stobart Air. 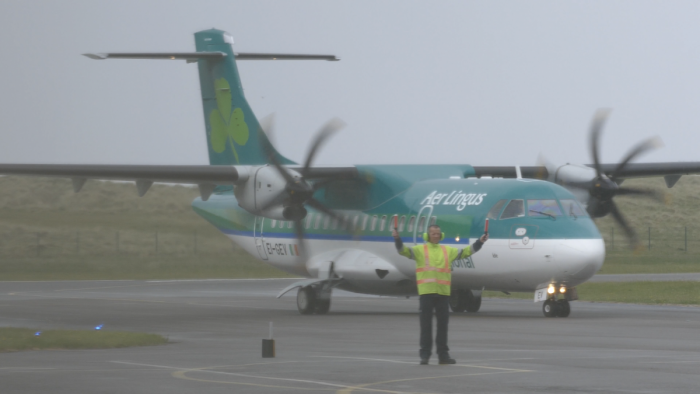 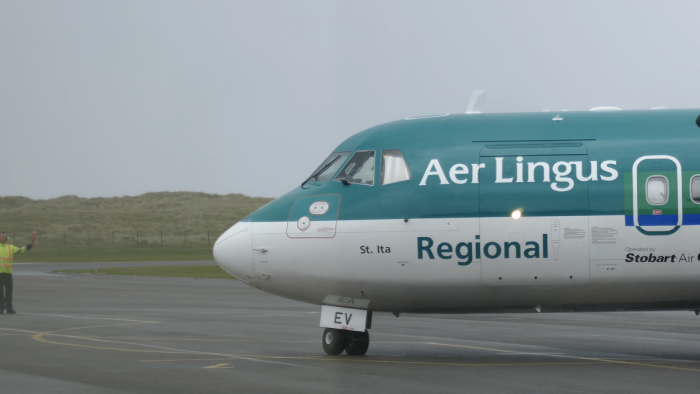 Boarding was across the tarmac. Legroom on these aircraft is surprisingly generous given their purpose of making short regional flights, with several inches’ clearance between my knees and the seat in front. 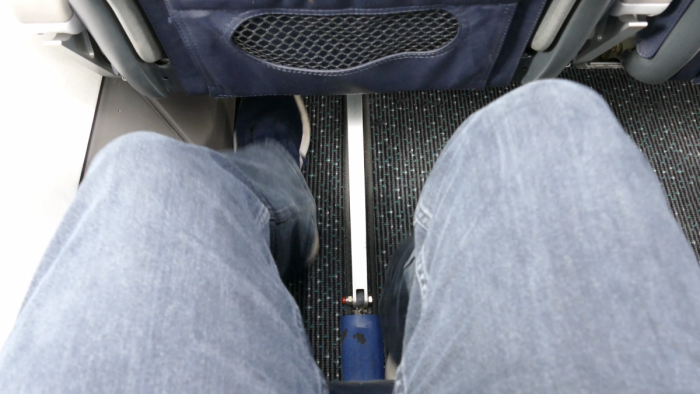 Taxiing here is short and sweet, and takeoff was fast and bumpy; the weather had closed in quite a bit since my arrival at the airport. 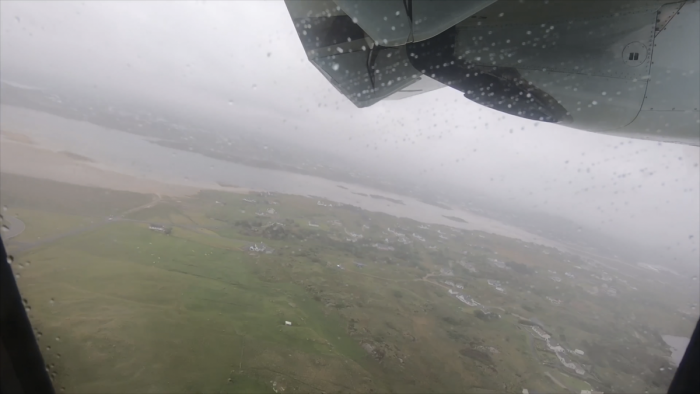 These new ATRs are possibly the only aircraft I’ve encountered which has a “no tablets or laptops” sign in lieu of the no smoking sign on the overhead consoles. 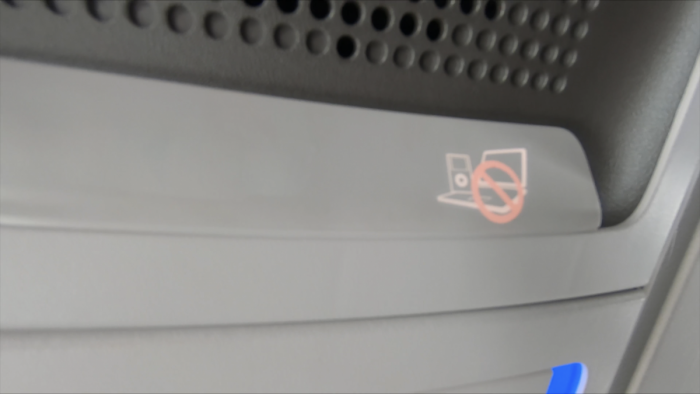 Aer Lingus have an abbreviated buy on board menu. “Bia” is Irish for food. Prices are reasonable. 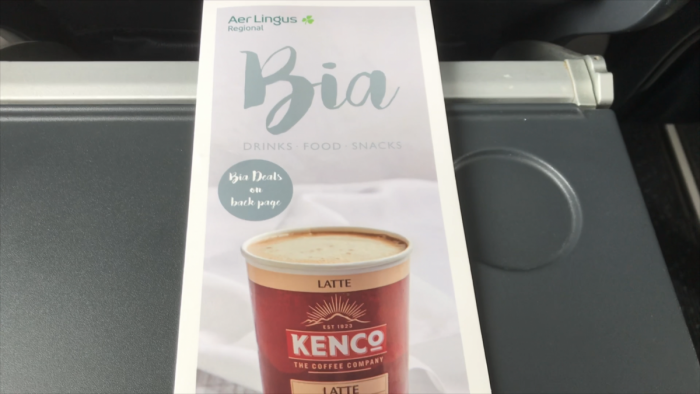 I had a coffee for 3 Euro, which was fine (Ryanair’s is better!), although I’m not a huge fan of the filter cups which feel strange to drink from. 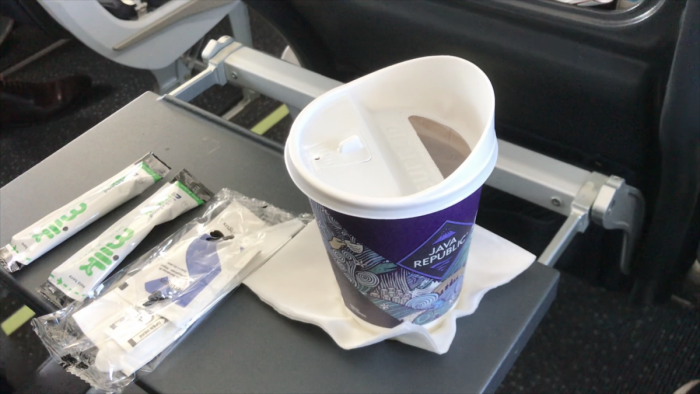 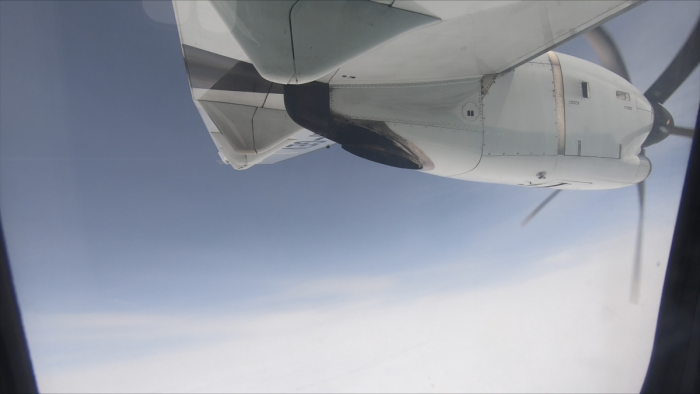 …before making our approach from the east into Dublin. 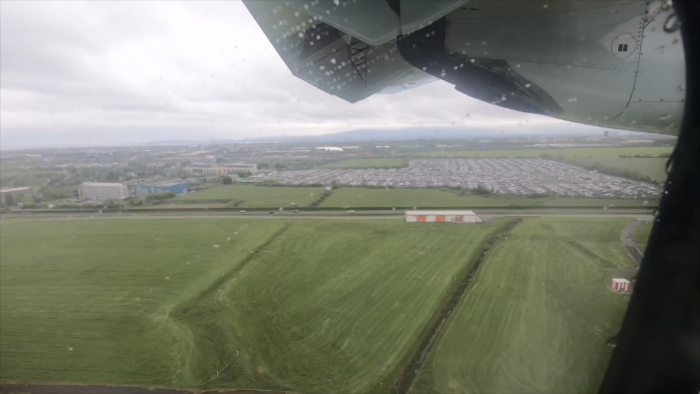 Overall a perfectly fine experience, which cost me 91 Euro return (no hold bags included). It’s reasonable value, and of course you can connect from Donegal into Dublin to nearly 200 destinations worldwide. I’d encourage you to visit Donegal; it is a wonderful place with excellent beaches, and certainly the Republic’s most unique county. Derry is an hour and a half away and makes an excellent day trip.