On my way back from Romania, I found an excellent fare on Delta Premium Select from AMS-DTW. The flight was operated by an A350-900 and I was excited to hop on-board my first A350 flight!

I’m a Delta/Skyteam loyalist and Skyteam Elite Plus member. Naturally, I headed over to Delta’s website to book my flights out to Romania. I found an excellent Delta Comfort+ outbound and Premium Select return for $1,974.51. Main cabin fares were ~$1,650. For me, the upgrade was worth it on the long-haul flights.

I almost exclusively pay cash for long-haul flights since, as a Skymiles member, the mileage and elite status accrual is quite generous. Other options were with American Airlines/British Airways and United/Lufthansa. In this case, Delta had the lowest fares and the best experience.

My routing was as follows:

I checked in at the Bucharest Airport with KLM at 4:00 AM- two hours before my departure to Amsterdam. There was nothing special and my bags got tagged with priority stickers (more on that later). I had already confirmed my seat assignments online.

There was no lounge available for access in Bucharest.

My flight arrived about 30-minutes early in Amsterdam and I proceeded to gate D1 where Delta documentation checks occur for flights to the US. After getting my documents checked, I headed to the gate. Skyteam Elite Plus members have access to the KLM Crown Lounge and as a Platinum Cardholder from American Express, I had access to Aspire Lounge.

As a frequent Skyteam flier, I’ve been through Amsterdam 8 times in the past year. Amsterdam lounges, quite frankly, suck. The non-Schengen KLM Crown Lounge is set to complete renovation in 2019 so I’ll look forward to coming through Amsterdam then. The Aspire lounge is also nothing to write home about. I’ve always found it crowded in the morning and haven’t enjoyed spending time there. I instead decided to walk around the airport before it was time to board my flight.

It was at the gate where I noticed something was off. First, there was a delay. It seemed pretty unusual for a delay for Delta’s A350. When I looked out the window, I was greeted by a 777 and not an A350 at my gate. My first concern was whether there it was a retrofitted 777 or one of the older ones. I had paid a premium for Premium Select and was not going to be a happy camper if I were downgraded to Comfort+. I approached one of the gate agents who informed me this was a retrofitted 777 and I would indeed be in Delta’s Premium Select Cabin.

There are very few airlines that get premium boarding right. Delta is not one of those airlines. Delta Premium Select, Delta One, and Diamond Medallion members all boarded in the same group. On this flight, there were 28 Delta One Passengers and 48 Premium Select Passengers and a host of Diamond Medallion members. All in all, that was almost 100 people in the same line. Efficient? Not terribly. The SkyPriority line was longer than the Premium line. Economy had the shortest line.

The moment I stepped on board, my eyes were drawn to the Delta One Suites. They were fantastic! Oh well….maybe some other time.

I turned right from door L2 into the premium select cabin and navigated to seat 25A. I have to admit, these seats were quite gorgeous and refreshed! This particular bird was retrofitted with Premium Select seats in October.

I played around with some of the seat controls. They were intuitive and easy to use. There were three different buttons. One to recline the seat, one for the legrest, and one for the footrest. Next to those was the entertainment controller.

There was just one problem with this configuration. I couldn’t actually get the entertainment controller out. It was positioned in such a way that it was half tucked in behind the seat cushion. The button to release the controller was also quite difficult to push. Not the end of the world since the screen was reachable and a nice size.

Otherwise, the seat had just enough storage. The overhead bins were large and able to hold a sizeable number of bags. Each seat also included a power outlet and USB. One per passenger instead of one for every two like in economy.

When reclined and with the footrest extended, there was more than enough room. I’m 5’8″ and could easily use the footrest. The seat was very comfortable and there was enough space for me to recline and relax on this long-haul flight. Even when the person in front of me reclined, I could still relax and stretch out.

Upon reaching my seat, I was presented with a TUMI Amenity kit, a nice blanket and pillow, and LSTN headphones.

In the amenity kit were socks, an eye mask, earplugs, Malin+Goetz lotion, a toothbrush, and toothpaste. Fairly standard, but better than what was offered in my previous Main Cabin flights.

The IFE system was crisp and easy to use. The 13″ monitor was large and easy to navigate.

There were about 300 movies in total, over 20 different shows, and a generous variety in audio. As someone who flies Delta frequently, there was no dearth of movies I could watch. Every flight, it seems, has a new collection of films. There was a good variety of old and new films. I ended up watching Christopher Robin and Ocean’s Eight. Both were enjoyable.

The airshow was also quite pleasant.

The ambient lighting was also quite pleasant.

Delta started service in Premium Select with a pre-departure beverage. The options were sparkling wine or water served in plastic cups.

About 10 minutes after takeoff, hot towels (actual towels and not boiling sanitary wipes) were given to each passenger. Shortly thereafter, beverage service began with a package of nuts.

It was after this service that I enquired about a menu as there was not one at my seat when I boarded. I later discovered the original menu that was at my seat had fallen into a little storage compartment under the center armrest.

I apologize for the blurry pictures. We hit a rough patch of turbulence on our way out of Amsterdam that lasted through the entire main meal service.

I went with the Braised Chicken Thigh served over tagliatelle with onions, pork bacon, mushrooms, chanterelles and garlic in a honey balsamic jus.

The beef and salad starters were nothing special. The beef was cold and not very appetizing. However, the real flavor was in the chicken. The braised chicken thigh was fantastic and one of the best (if not the best) meals I have ever had on a plane! The pretzel roll was also very nice.

The best part about this service was the timing. Plates were cleared as people finished instead of all at once. I normally eat a little slower when I fly and it was nice to not feel rushed to finish.

The meal service began about 90 minutes after takeoff even with the turbulence. While the timing would not have been ideal for a red-eye flight, it was perfect for this daytime flight.

About halfway through the flight, the familiar aroma of warm chocolate chip cookies filled the cabin. As usual, Delta’s cookie was phenomenal and served on Alessi service ware.

Prior to our arrival, there was a final meal service. However, it was served….as we began our initial descent 30 minutes prior to landing. I found this to be quite strange and a little rushed. This was the first time that I had ever been on a flight and eating the arrival meal while we were told to stow our carry-on luggage and put our seats in the upright position.

I had about 15 minutes to nibble at the Herb Roasted Chicken Sandwich. It was also very delectable!

I primarily fly Delta for the service. I find their flight attendants to be absolutely phenomenal and this flight did not disappoint. Mary, the primary flight attendant for our aisle, was always walking around and making sure that we had everything we needed. She was kind, curteous, and very efficient. Excellent flight indeed!

For a long-haul international product, this is a much different experience than Economy or Comfort+. Delta doesn’t seem to be having any issues selling the product since every seat was taken about two weeks prior to departure.

I’ve also noticed that Premium Select is not much more of a price upgrade when compared to Main Cabin fares. The MQM bonus also helps if you’re trying to reach medallion status.

The one thing that needs improvement is the SkyPriority bag status when transferring from KLM to Delta. I waited about 15 minutes for my bag to come out at San Antonio– after a bunch of non-SkyPriority bags. Not a huge deal since my bags were guaranteed within 20 minutes, but a little spot for improvement. 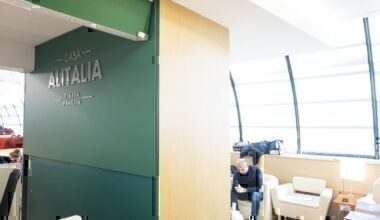 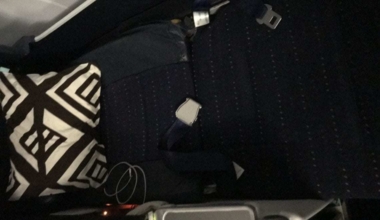 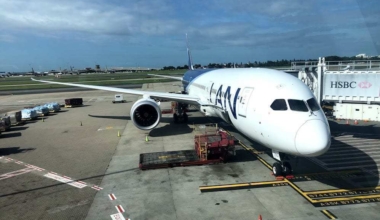 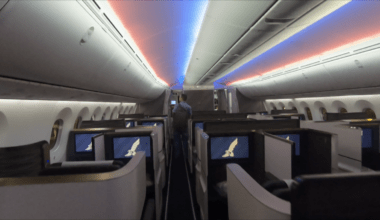 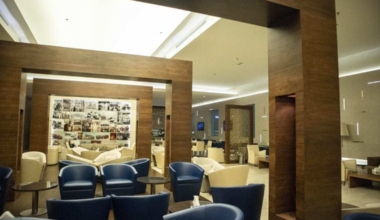 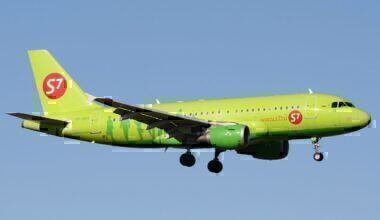