In December 2019, I traveled to Australia for the first time and spent a good deal of time flying Down Under. Having arrived in Adelaide from Canberra courtesy of Qantas, my next destination was Sydney.

In this review, I’ll be checking out Qantas’ budget subsidiary, Jetstar, on their all-economy service across to Sydney. I also filmed the experience for my YouTube channel:

In common with my experience of Australian airports, Adelaide is a fresh, modern facility, and provides a great experience. No gate is too far away. There’s also plenty of natural light, and the airport is logically laid out and scrupulously clean. 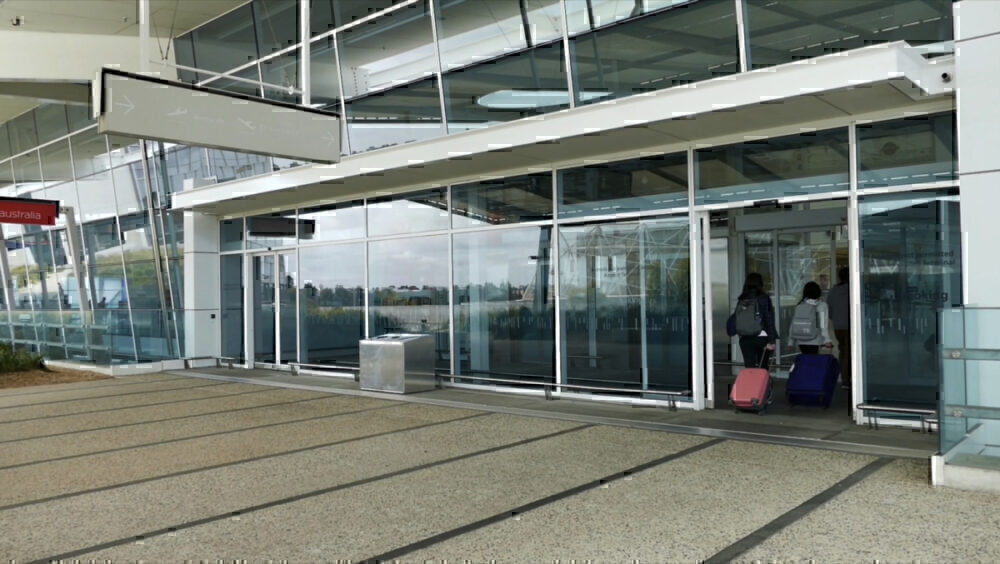 Jetstar uses self-service kiosks for check-in, which are straightforward to navigate. 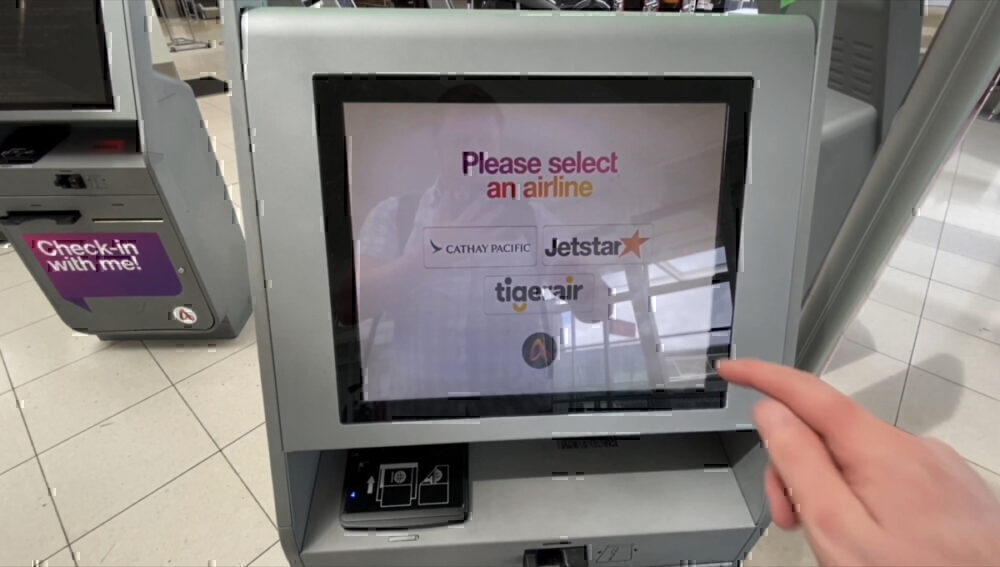 You must print your own bag tags and boarding pass, and then take your bag to a second kiosk to scan it in, so it can then be sent on the conveyor to the baggage hall. If you haven’t paid for a bag, there is a facility to do so by card on the kiosk (although there’s certainly an argument that all hold baggage should be free). Several airlines worldwide are now using this method, and for basic domestic flights where there is no visa or passport check required, this is a good solution. 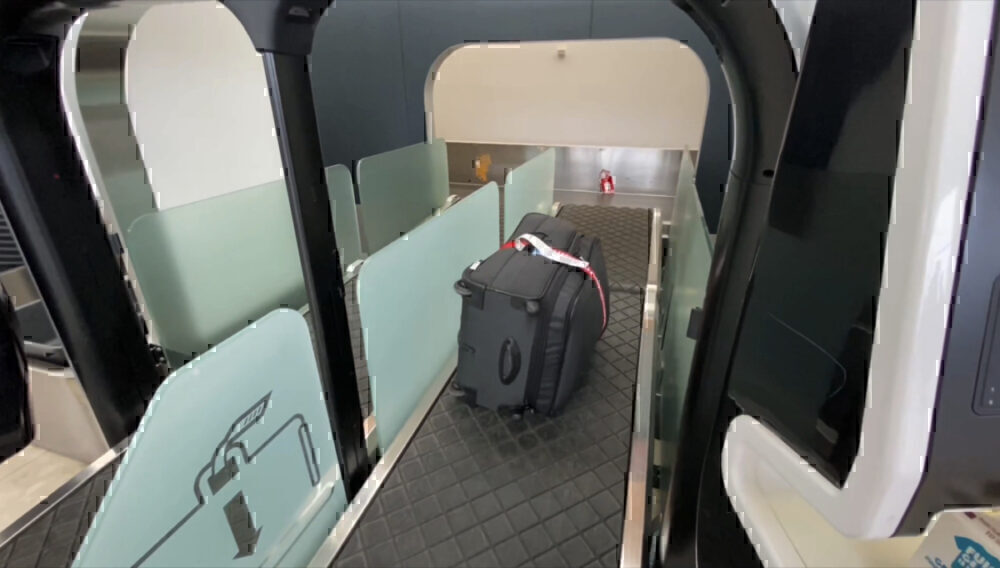 One thing I love about Australian airports is that, unlike most European and American airports, you can bring liquids from outside the airport all the way through security, like this iced coffee. 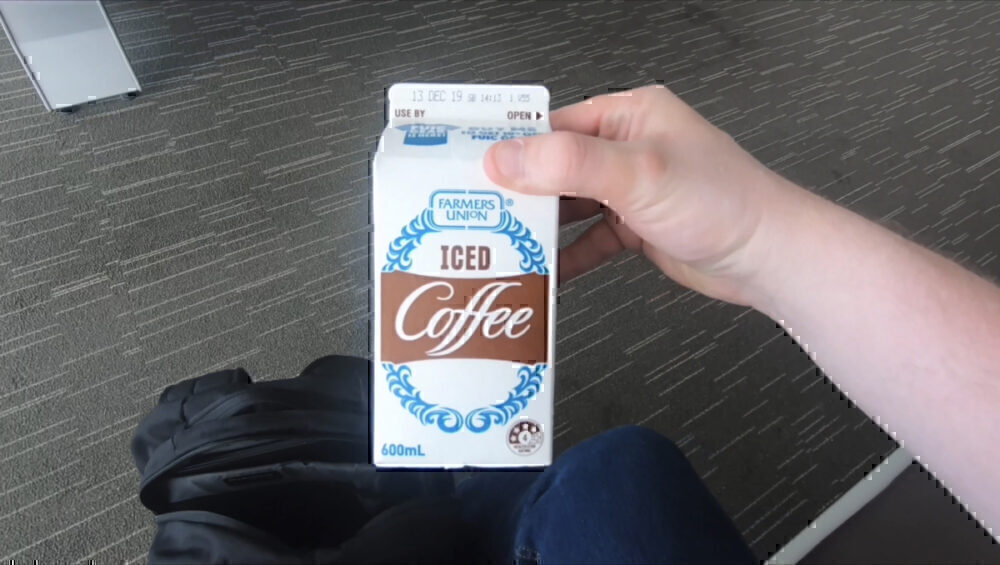 Some of Adelaide’s gates have sliding doors. These are there to seal off the gate if an international flight arrives. Additionally, passengers can be directed to immigration rather than mixing with domestic traffic. This is a novel solution and far preferable to having different “wings” of the airport handling different types of flight, as all the major facilities can be concentrated in one building. Adelaide is an excellent example of simplicity done well; not all airports have to mimic Schiphol or Changi. 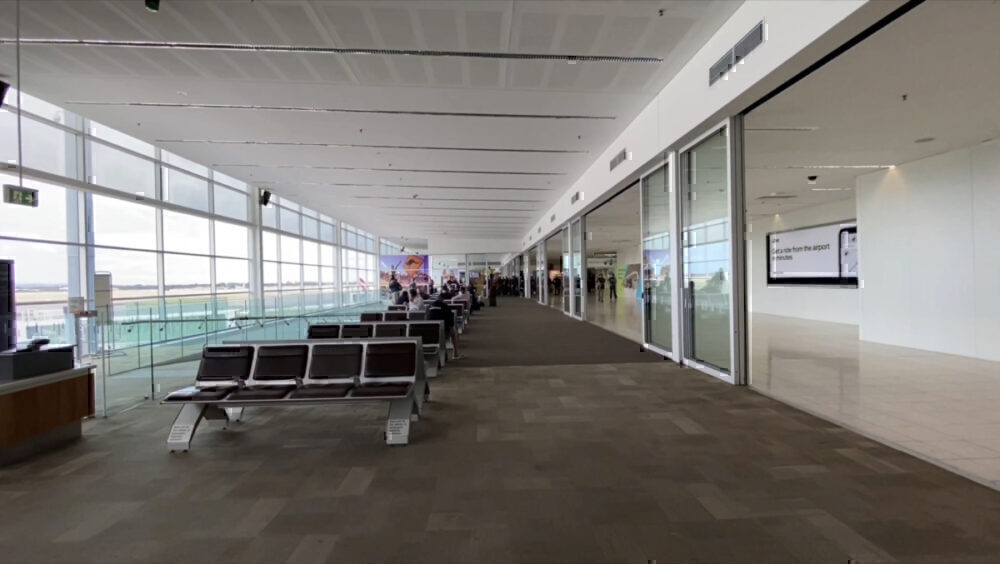 Our ride today was an Airbus A320, the mainstay of Jetstar’s short-haul and domestic fleet. The airline has 52 examples in the fleet. 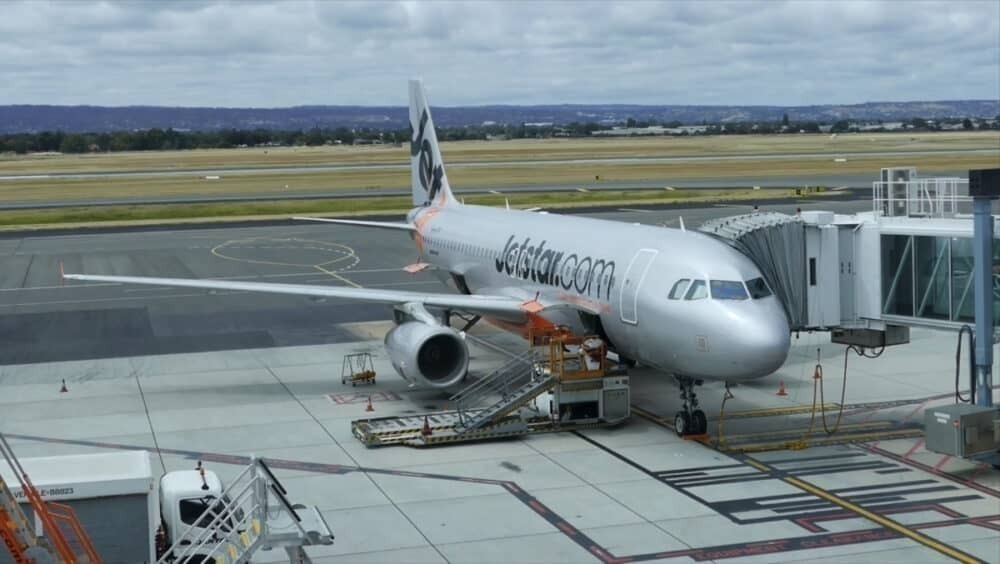 I’d purchased a Plus bundle alongside my economy ticket for an extra 40 AUD, which includes a checked bag, seat selection, a small meal onboard, and ticket flexibility. However, I was still limited to 7kg of carry-on baggage. Jetstar was meticulous about weighing and sizing every bag, but not all airlines use this tactic. 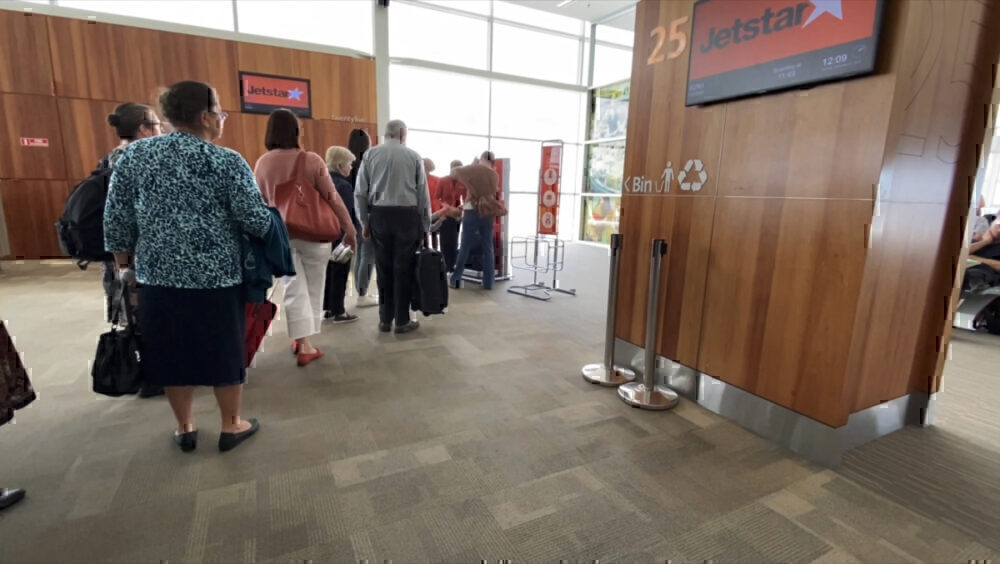 While boarding, those of us in the back of the aircraft were directed downstairs to cross the tarmac and use the rear stairs, instead of the jetbridge. 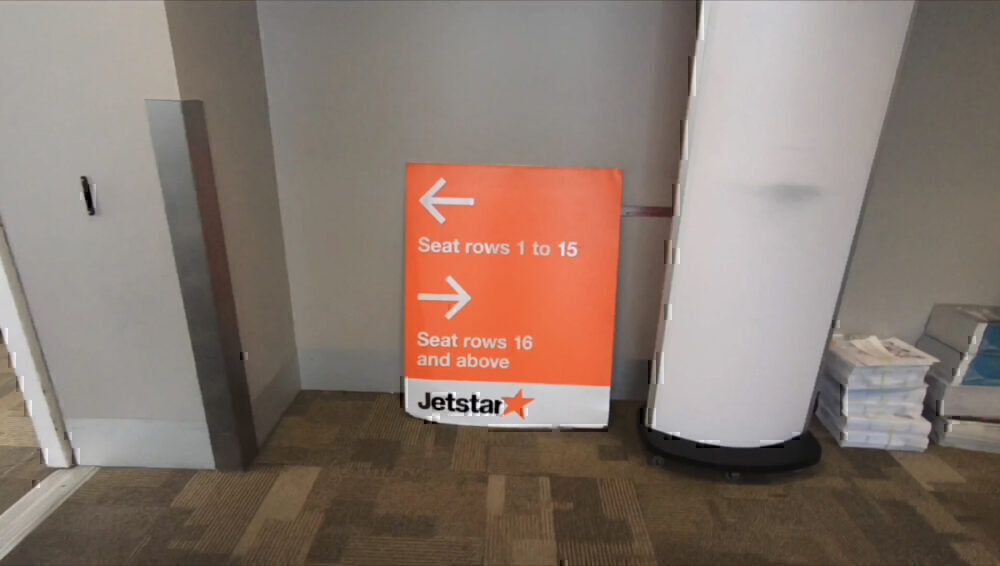 This is a common tactic on LCCs to speed up boarding and reduce delays, although it’s a lot less pleasant when it’s raining! 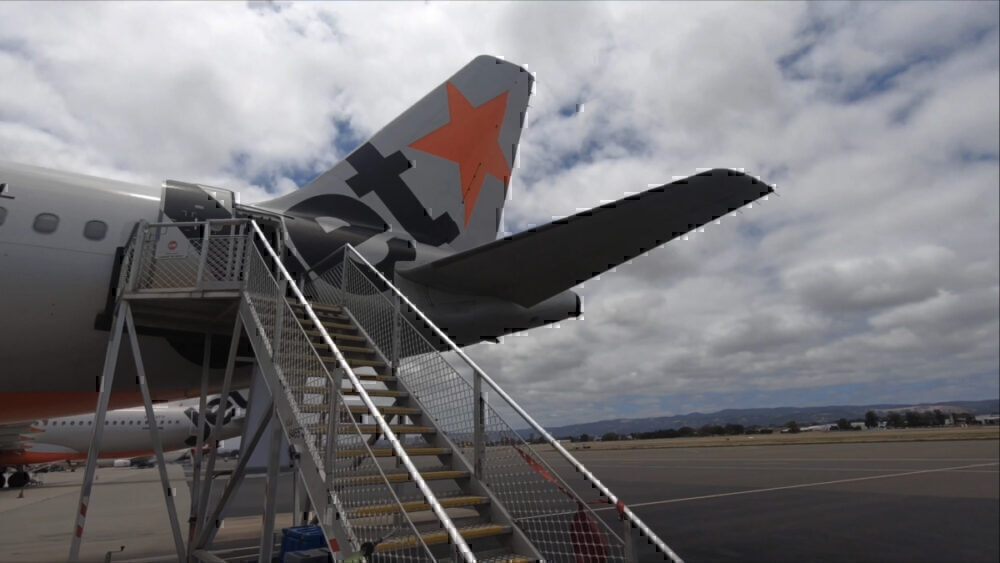 Inside, the aircraft is configured with 186 economy seats in a 3-3 configuration. Avoid the last row; there’s a missing window. 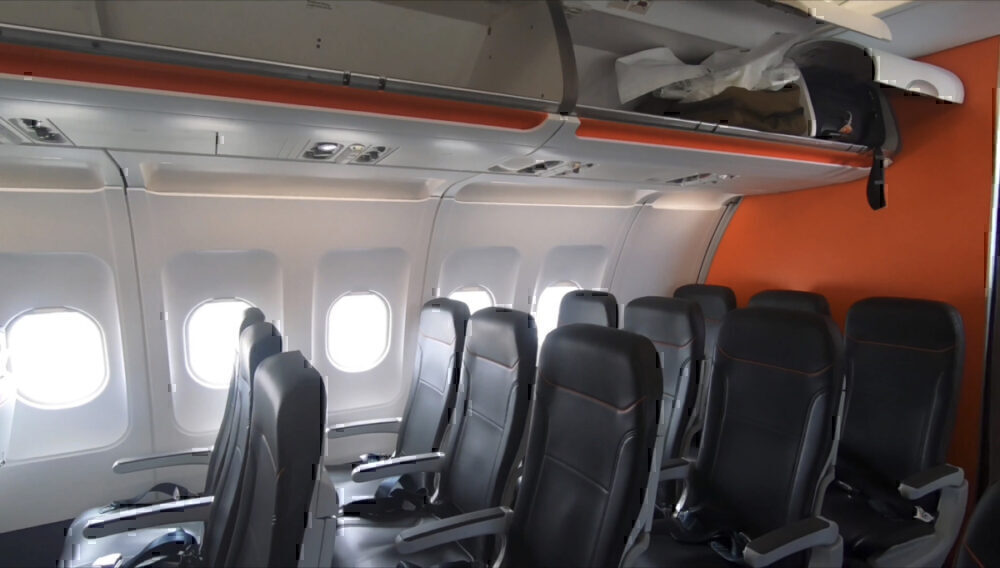 The bright orange finishes everywhere on the aircraft reminded me of Easyjet back in the UK. 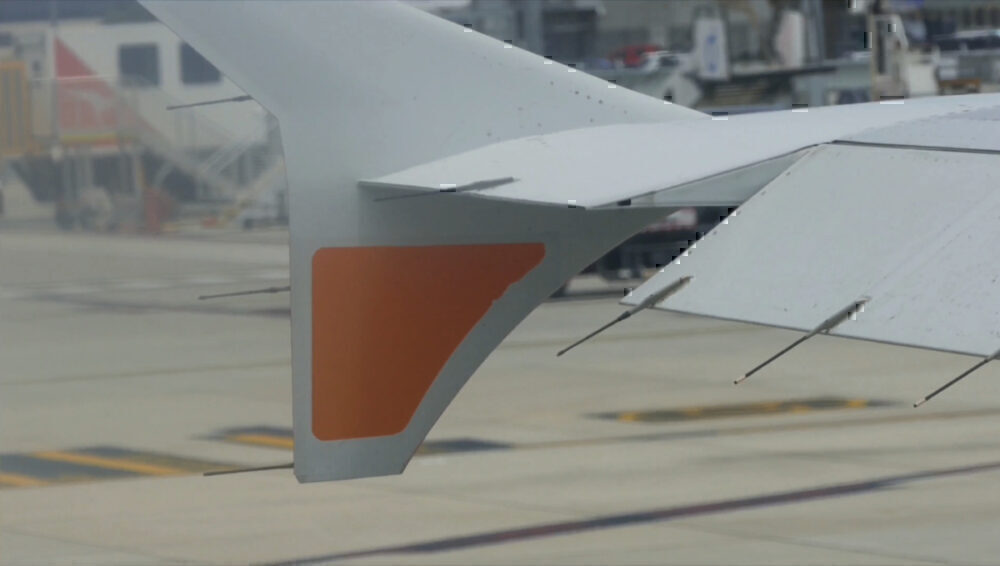 Takeoff was punctual, and we departed to the west before turning back on ourselves and heading east to Sydney. 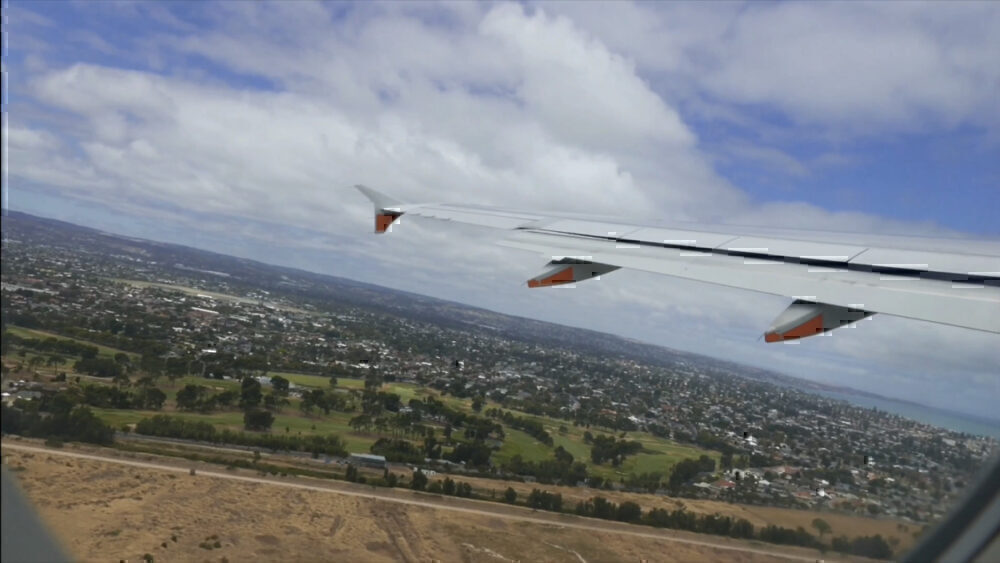 Seat pitch on the Jetstar A320 is an average of 29 inches, which is not generous, but thankfully I’m not particularly tall or leggy. 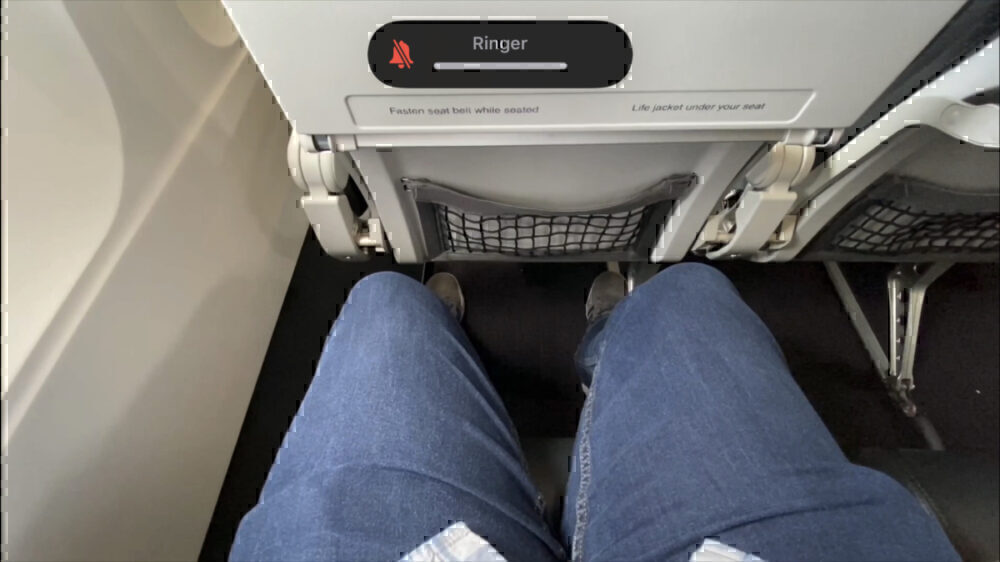 The placement of the literature holder at the headrest level frees up a couple of “extra” inches by the knees, which moderates the discomfort. 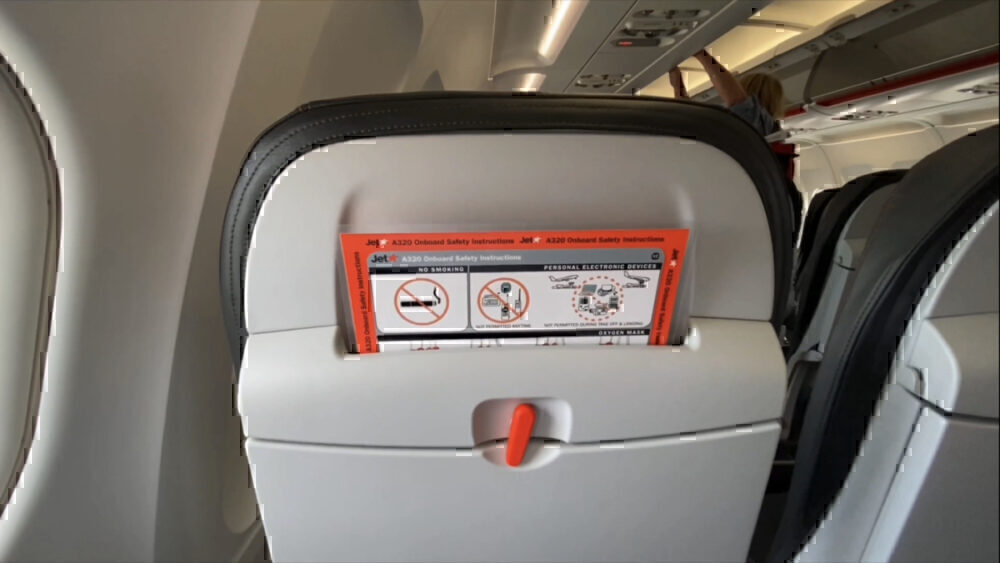 There’s also a full-size fold down table at every seat. 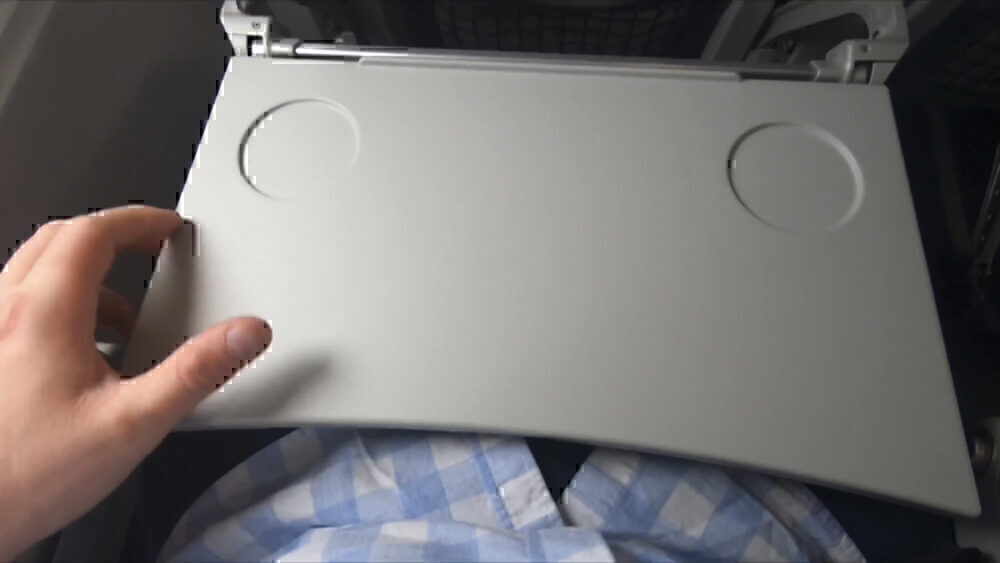 The views on this summer day were superb; here’s the border between South Australia and Victoria clearly visible from the aircraft! 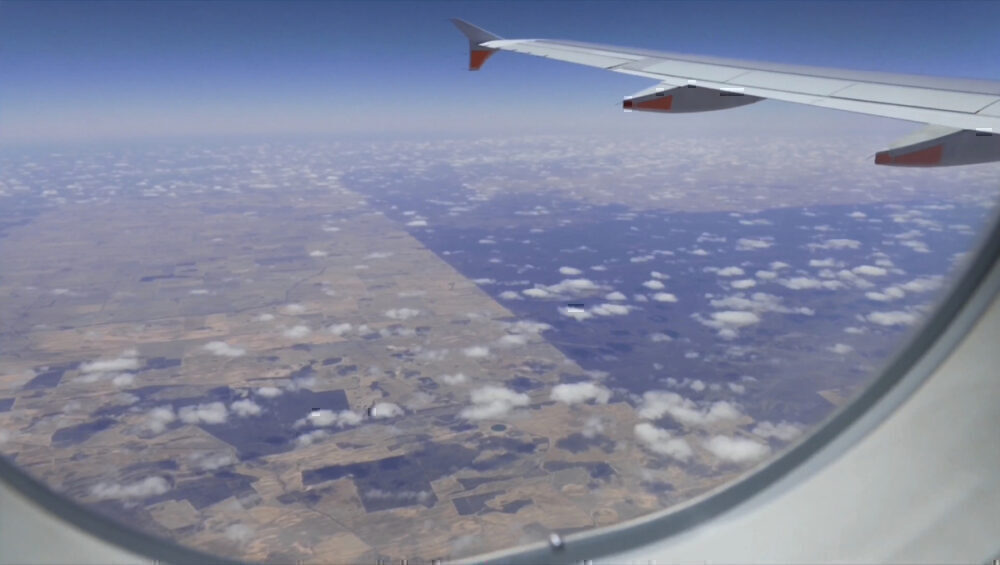 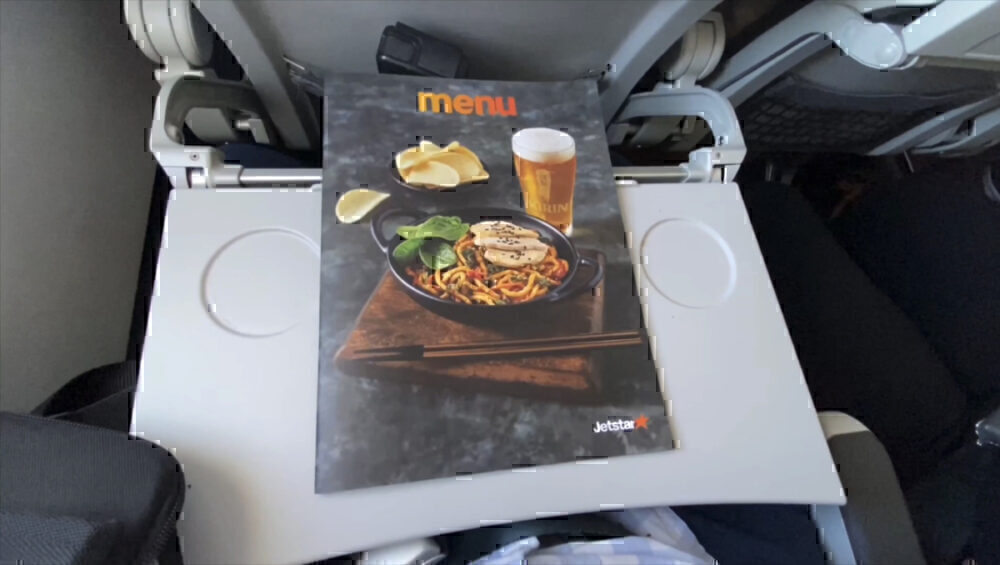 On this length of flight – less than two hours, there would be no point in ordering a full meal (included in the Plus fare). However, even if you were purchasing separately, the prices seemed reasonable for an inflight menu. 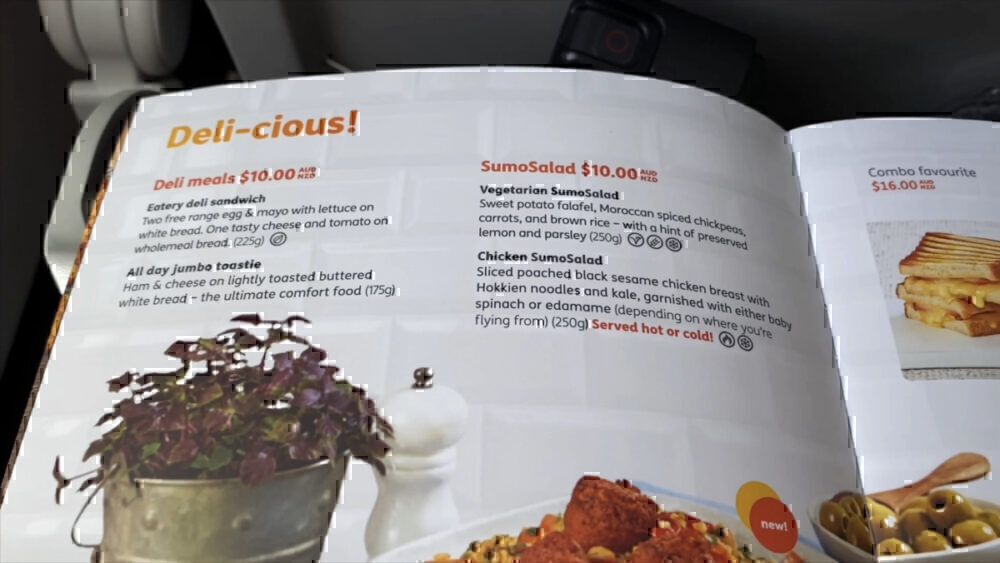 I just went for a can of pop and a muffin, as I’d eaten lunch, and this flight left plenty of time before dinner. 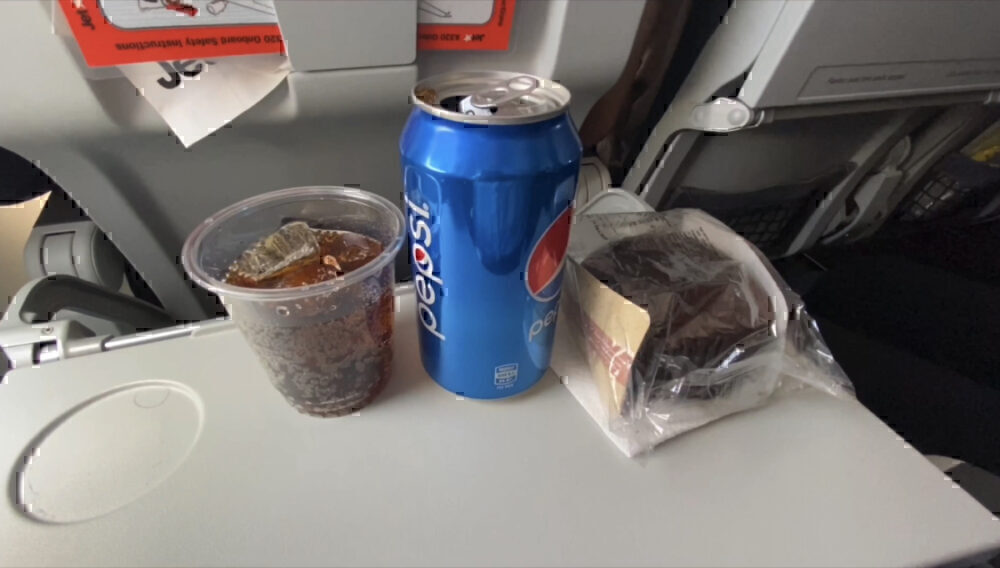 The bushfire season was in full flow; 2019’s fires were enormous, and the scale of some of the burns, when seen from above, was something to behold. 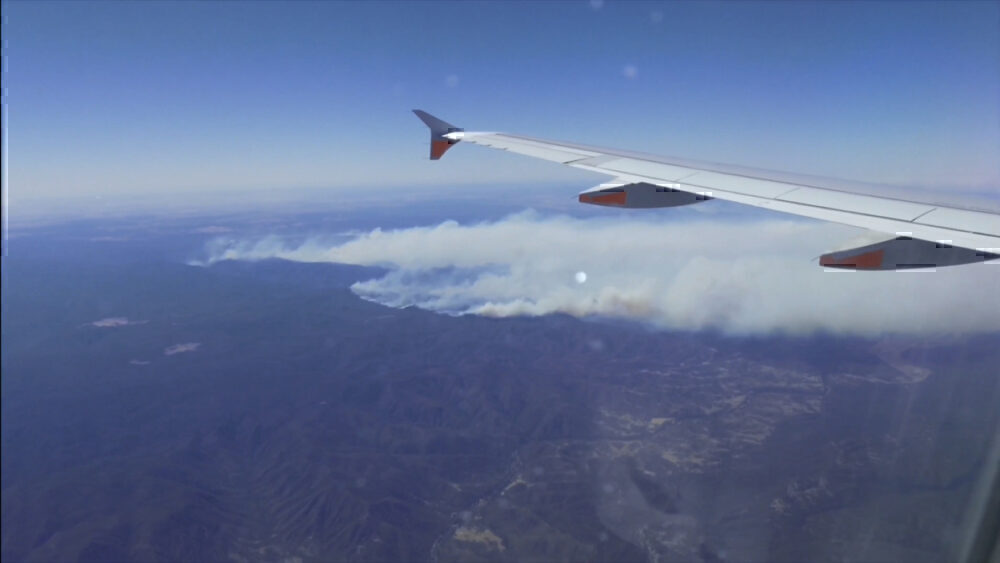 We landed in a very smoky, smelly, orange Sydney on time. 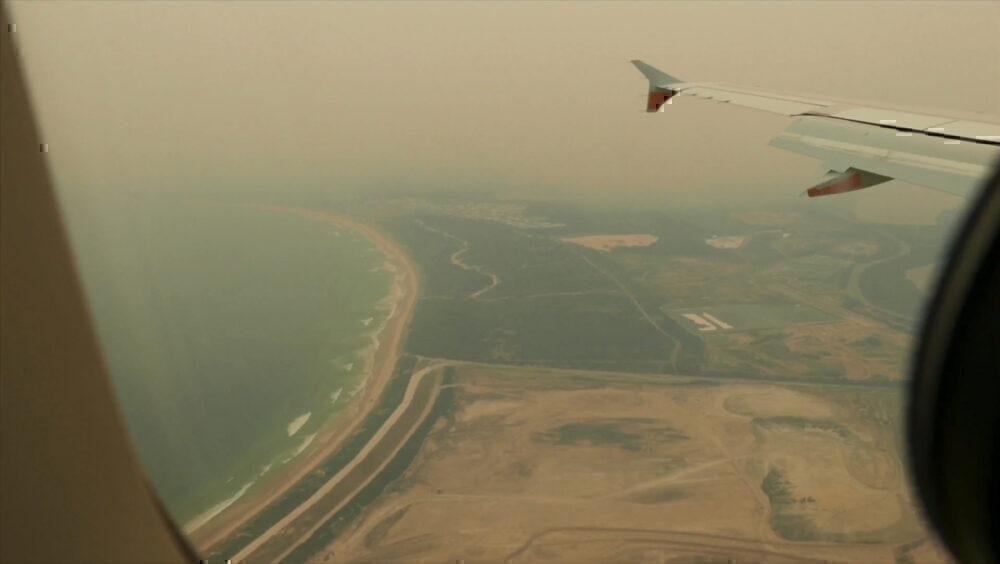 Overall, this was a good value experience. It had cost 139 AUD one way, which included the 40 AUD upgrade to the Plus fare. Considering the high cost of flying within Australia, I was pretty happy to secure this deal. Budget airlines like to think their experience is as simple as getting on a bus. Often, it isn’t, but Jetstar shone through here. A simple, no-fuss experience with a price in line with expectations.

Have you also flown on a Jetstar Airbus A320? Let us know what your thoughts are in the comment section.