A few weeks ago I had the chance to fly one of KLM’s shortest fifth-freedom routes: Kuwait to Bahrain. A frequent economy class traveler, I decided to splurge a little and treat myself to a business class flight despite the short time and distance of the journey. After all, with my travel plans being far away from Europe, this would be a great opportunity to experience KLM’s A330 business class without having to travel to or from Amsterdam.

In my experience, this route is one of the cheapest international widebody flights out there (although I recently discovered that airlines flying between Kuala Lumpur and Singapore have quite a few widebody jets serving the route).

Nonetheless, in this part of the world, at US$69 in economy and $400 in business round-trip, it’s a great opportunity to sample KLM’s A330 service and experience Kuwait and/or Bahrain at the same time.

The pre-flight experience wasn’t too bad. Kuwait Airport’s main terminal has a first and business class-only security checkpoint. I was able to take advantage of this before heading over to the contract lounge KLM uses at the terminal.

Once past security and immigration, I headed up to the airport’s Pearl Lounge. Made available for KLM’s business class and SkyTeam Elite travelers, this lounge was recently renovated and it simply looks so much better than it used to.

Someone please correct me if I’m wrong, but it seems most times of the year this route is very undersold. On both the outbound and inbound flights, there were many empty seats available. In my previous experiences flying the Amsterdam-Kuwait portion, it’s often the same. This would explain why KLM would want to offer an additional city as a fifth-freedom service.

Having pre-selected my seat about a week in advance, I took my place up front in 1J. Before the aircraft pushed back from the terminal, the flight attendant offered us something to drink. I had water but it was served in a crystal glass anyways. The passenger behind me asked for alcohol and was denied as we were still in Kuwait. I believe once the aircraft is in the air, alcohol can be served.

This cabin is configured in a 2-2-2 layout. Without direct-aisle access for window-seat passengers, they would have to step over the stretched-out legs of a sleeping passenger if they needed to get out.

With the A330 meant for long-haul operations, the seat is capable of converting to a lie-flat bed. In its upright position, there is more than enough leg space – even to place a small bag below the footrest shelf. Just beside your rib/elbow, there’s a space for the storage of smaller items such as your phone.

Wired into the aircraft are premium noise-canceling headphones. They were comfortable and did a great job of blocking out ambient cabin noise.

As far as I understand, all KLM A330s have been refurbished within the last 2-3 years. The screen is a nice 18.5 inches, which helps with all the leg room between you and the system. The system itself is fast and responsive and controlled by a remote which comes complete with a high definition touchscreen.

The content selection seemed decent – although, with only around 45 minutes in the air, you’ll have to rule out watching any full movies!

As mentioned earlier, once in the air alcohol is available. Aside from that, there is the standard selection of juices as well as tea and coffee. Interestingly, I had asked for a simple apple juice and it was noticeably higher quality than the kind you would be served in economy class.

For this short flight, the only food comes in packaged-snack-form. I had a choice between a Dutch stroopwafel and cheese biscuits. The flight attendant sensing my indecisiveness, offered me both – which works well for a flight review anyways.

Finally, in what I believe is a standard move for KLM business class passengers, my flight concluded with the offer of a ceramic Delft miniature house. Presented in a large group on a tray, I had a selection of designs to choose from. These are clearly meant to be collector’s items.

There’s not too much to critique on such a short flight. There isn’t enough time for full meal service and interaction with flight attendants is limited when compared to a long-haul flight. However, during this quick service, I found the KLM crew to be polite and hospitable.

Have you flown on this or any of KLM’s other fifth-freedom routes? Let us know how your experience was by leaving a comment! 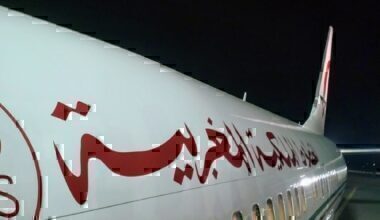 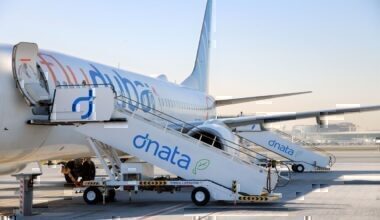 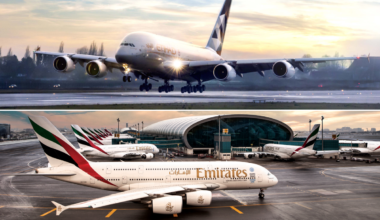 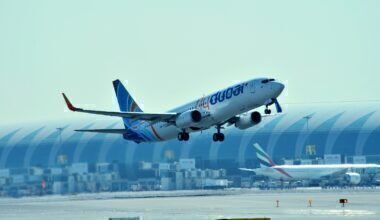 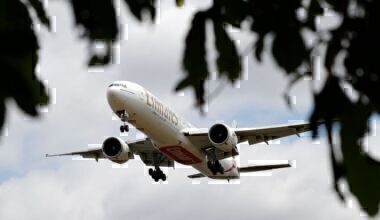