This week I flew on the inaugural Ryanair flight FR7065 from Sofia to Zagreb operated by a Lauda Europe Airbus A320. This is one of 24 brand-new routes that the Ryanair group is launching this year in Zagreb, the capital of Croatia.

Ryanair arrived in Zagreb for the first time ever this year, after Zagreb Airport introduced massive financial incentives for airlines launching new routes there.

The first two routes to launch were:

Then, Ryanair’s subsidiary airline, Lauda Europe, stationed an Airbus A320 aircraft in Zagreb and launched the following routes:

This is a review of the latest Ryanair destination from Zagreb, Sofia. This is the first time ever that an airline is flying direct scheduled services between Zagreb and Sofia.

I arrived at Sofia Airport by metro, which was a smooth experience. It was a quiet period at the airport, so I passed security without waiting at all. Passport control took much longer though, about 20 minutes. Bulgaria is not in the Schengen area, so all passengers except those on domestic flights within Bulgaria must pass passport control when traveling.

Our flight was the only flight for our Zagreb-based aircraft today, so the A320 plane (registered 9H-IBJ) left Zagreb early and landed in Sofia early. Ryanair is still slowly adding new frequencies in Zagreb, so the A320 aircraft that is based there is still under-utilized.

Boarding started before the passengers on the inbound from Zagreb finished de-planing because we were boarded by busses. By the time the first bus filled up and arrived to the aircraft, the A320 had been emptied. It is a highly efficient operation.

There were only 107 passengers on our flight, making a load factor of 57%. The inbound flight had a slightly lower load factor.

However, taxiing took a very long time because, for a reason unknown to me, we sat on the tarmac before the runway for about seven minutes. No aircraft were landing at the time, so I am not sure what the reason for this was. This meant that we only took off at 19:18.

The flight itself was perfectly pleasant and uneventful, and the four crew members seemed in very good spirits. They seemed to get along as a group very well. Judging from the accents, the cabin crew manager was Irish and the rest of the crew Spanish.

At the start of the flight, just after take-off, one customer in the very front of the aircraft stopped the cabin crew as they started passing the cabin with refreshments to complain that he booked a ticket with Ryanair but that it is a completely different airline operating the flight. The conversation was argumentative, with the customer asking the cabin crew manager to point out where exactly it had stated that the flight is operated by Lauda Europe and not Ryanair. The cabin crew manager did it, but the passenger was still visibly annoyed for some reason.

Overall, flying the Lauda Europe A320 flight FR7065 was a perfectly nice experience, and I greatly enjoyed being on the inaugural flight.

Have you flown with Lauda Europe before? Share your experience in the comments below. 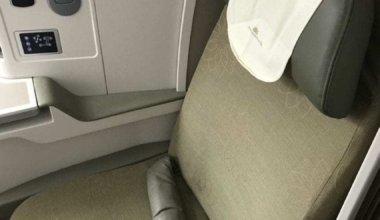 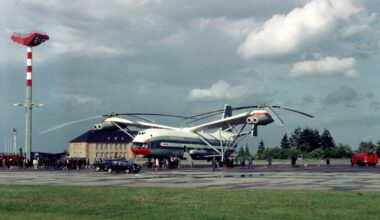 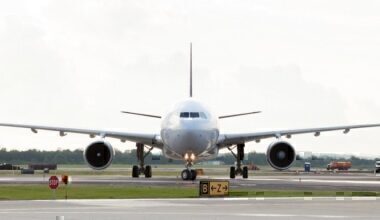 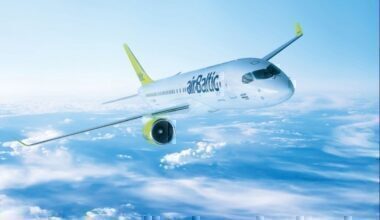