This is the cheapest flight I’ve ever taken. In summer last year, Level celebrated the opening of their new base at Vienna with a crazy sale, offering fares for just one euro cent on routes from Vienna. 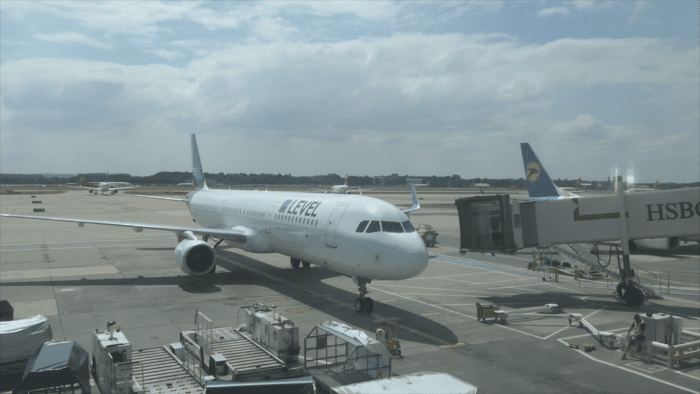 I flew London to Vienna primarily to get a look at Level, a curious airline owned by IAG, and to see whether they provided good value compared to easyJet, who also ply their trade on this route. I made a video of my flight with Level which I posted to my YouTube channel.

Level fly from Gatwick’s South Terminal, which I consider to be the slightly nicer of the two at Gatwick. They share check-in with Vueling (in fact, when I booked, the ticketing was done through Vueling’s site! It’s all on www.flylevel.com now though). I didn’t have a bag to check as I was only on a short weekend break, so I headed to departures. 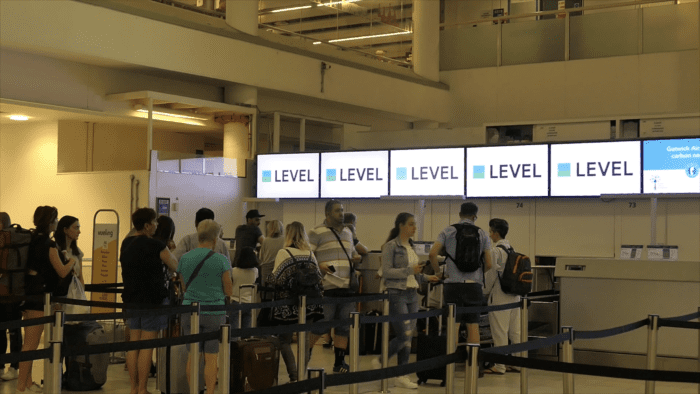 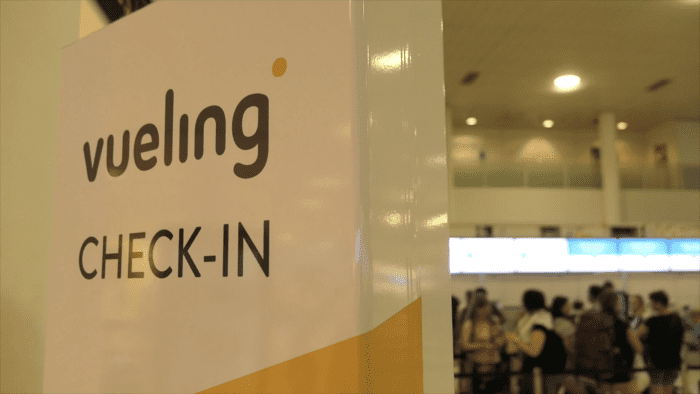 One of the things Priority Pass have done to assuage concerns about lounge overcrowding is partner with restaurants in some airports. At Gatwick South, the only eligible lounge is Number One, which is frequently busy, often turning custom away. 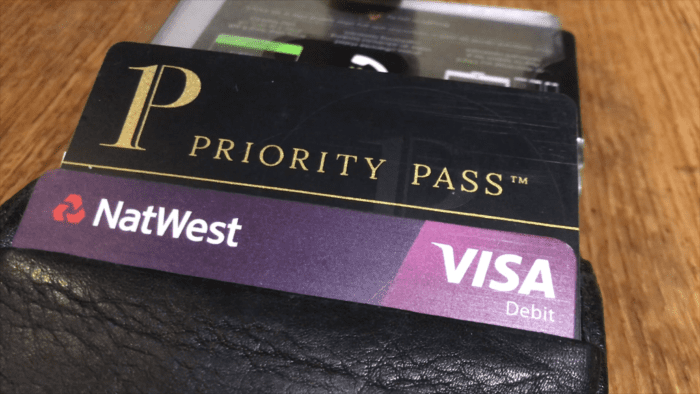 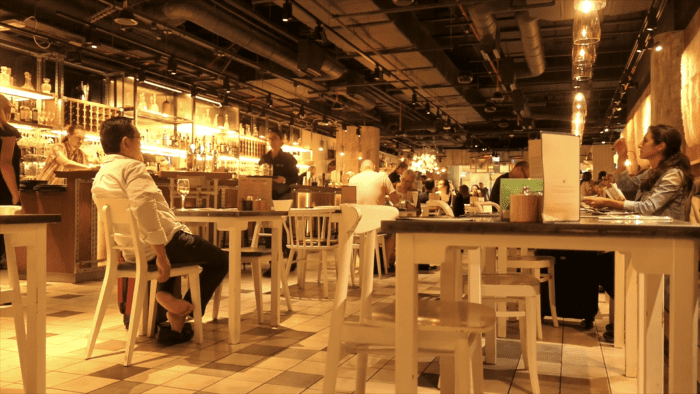 At the Grain Store, cardholders can get £15 off the bill, which is a reasonable offer. My breakfast was very good and came, with a drink, to £14.95, so I ate for free (don’t forget to tip though – if you’re a tipping person). 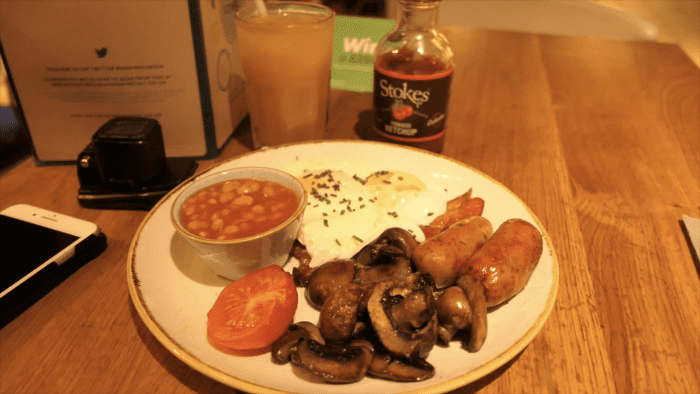 Then, it was off to the gate. Our aircraft arrived without incident from Vienna and, as it turned onto the parking stand, the livery was conspicuously bland – almost like one of the default AI aircraft from Flight Simulator. Level is a terrible name for an airline, with no brand visibility and the inherent problems with any generic word as a brand in managing SEO.

My own personal suspicion is the branding is deliberately forgettable, and that Level (already a holding brand for three smaller airlines – technically my flight was operated by “Anisec”) is an entity geared up to swallow or attach to a big low-cost acquisition by IAG. Norwegian have long been coveted by IAG and I’m interested in the future of Level to see if my suspicion is proved right. 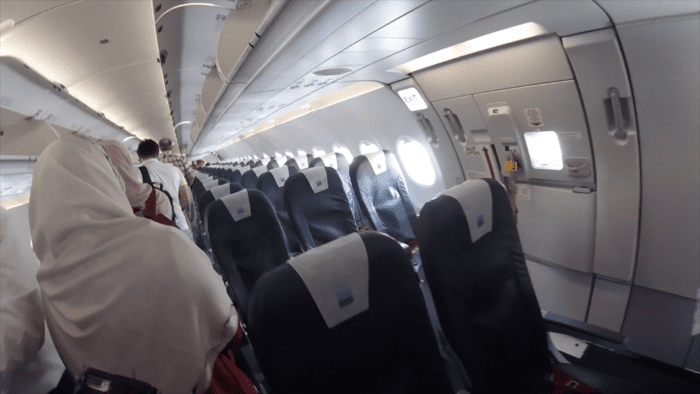 Onboard, the aircraft, formerly of Air Berlin, sported a standard all-economy 3-3 layout. Strangely for a low cost airline, Level missed a trick with its seat pricing. Emergency exit row 11 is charged at £13.99 for seat selection, but the row behind – 12 – is far superior in terms of legroom, yet is charged at £5.99. These are great seats; go for them!

Legroom was reasonably good for a low cost carrier and even with my bag under the seat in front, I didn’t feel too cramped. 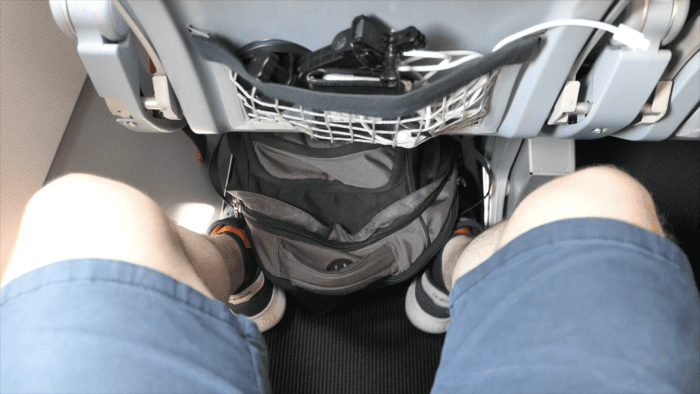 Takeoff was brisk and uneventful. 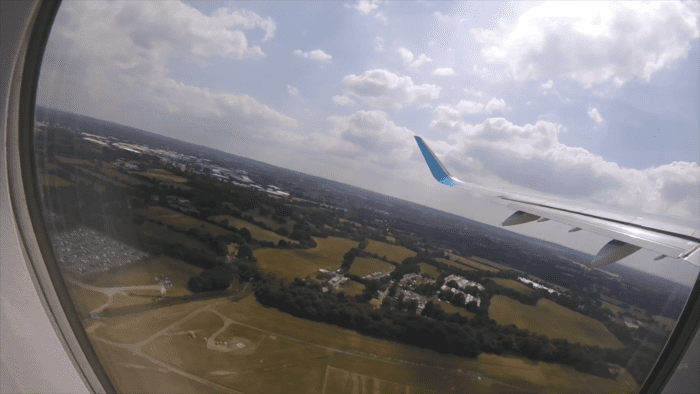 Onboard, there’s no IFE, but seats come with power sockets which is a bonus. 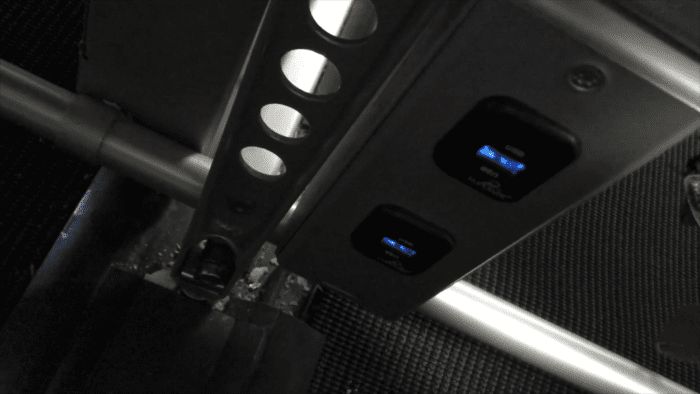 My experience with the catering, however, was diabolical. Level charged 10 EUR for a sandwich, drink and snack. Not only did it take four minutes to buy something thanks to a dodgy card machine, when my croque-monsieur arrived, it was horrendous. Most of it wasn’t toasted and it tasted awful. I’ve often found buy on board food to be quite good, even on cheap economy carriers, so this was disappointing. The comparison between the advertised sandwich and the reality was farcical: 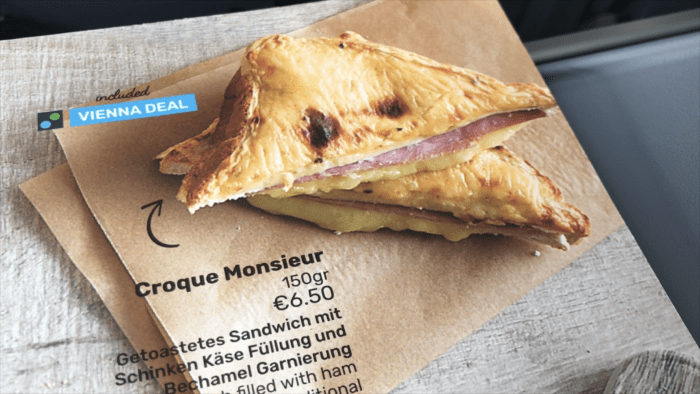 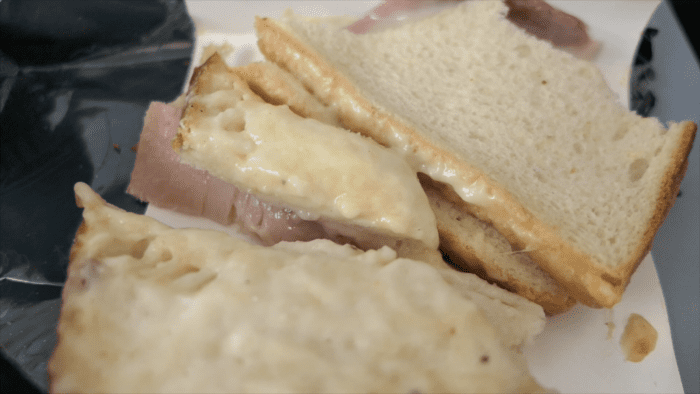 Level don’t charge much for the experience. Now there are no one cent sales around, the lowest possible far I could see was 36 EUR one way, excluding bags and add ons. During my research, I found Level on average to be 10-20% cheaper than easyJet on the Gatwick to Vienna route. 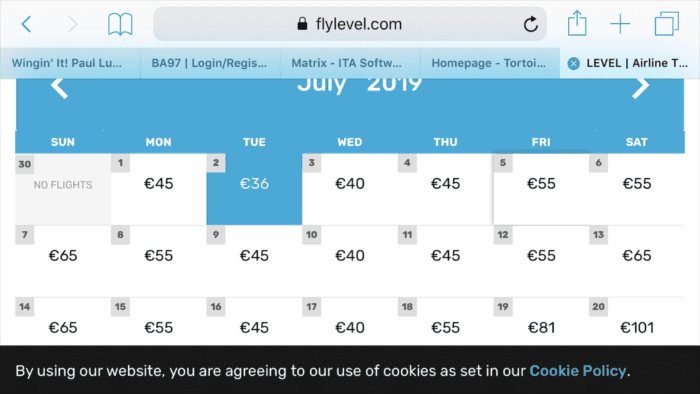 Personally, I’d fly easyJet in future. I’ve found them reliable in the past and their value proposition is very straightforward. The food on board is generally better and their product is very familiar to me. I probably wouldn’t save five euros to travel with Level again, even though they are generally inoffensive (catering mishap aside). 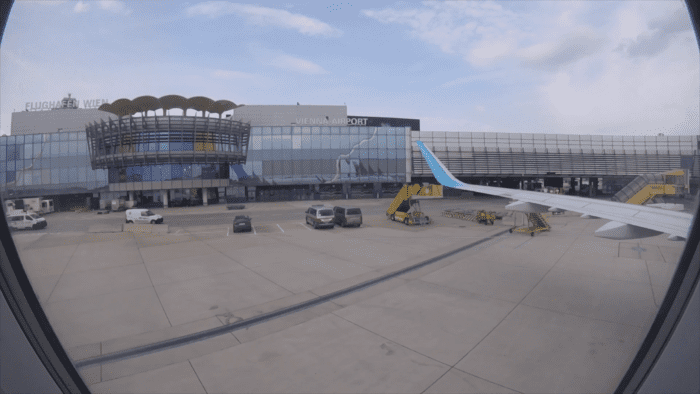 We landed punctually and I was out of the airport within ten minutes. I’m interested in whether readers have flown Level and what they think. Did you enjoy it? Do you agree with my speculation about Level’s “real” purpose?