It’s well known that many of us who review flights know all the tricks: how to secure cheap business class fares, how to wangle upgrades using points and miles, and how to fly to and from places which have the most sumptuous cabins on the finest aircraft. 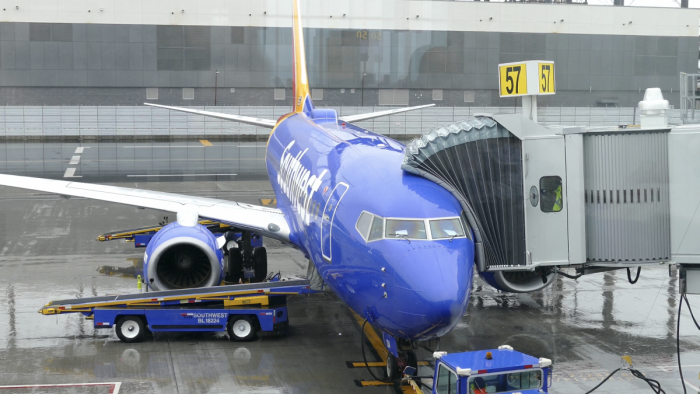 However, it’s also good to get back to basics. I’ve flown Southwest several times and have always found them to be a consistent airline, delivering a simple product well. I also made a video about my experience from New York LaGuardia to Denver, for my YouTube channel:

LaGuardia is an airport in serious transition. New York’s maligned third airport has commenced a $5bn rebuild, and the B terminal is the first to see the benefits. I’ve never flown through the airport before, so I can’t offer an opinion on how much it’s improved, but the overall impression is very positive.

While the check-in area still retains a low ceiling – the hallmark of many an American airline terminal – the airside areas are superb. 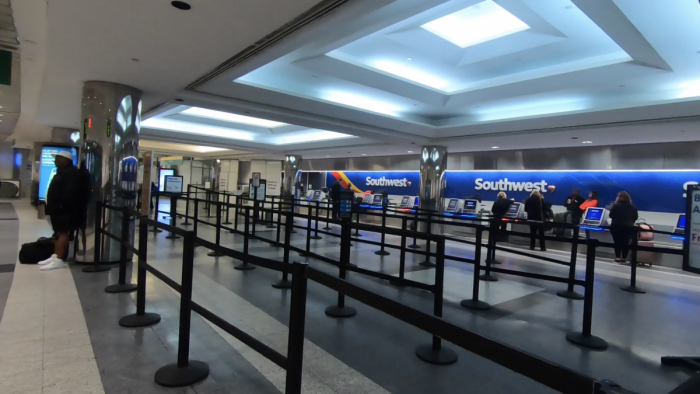 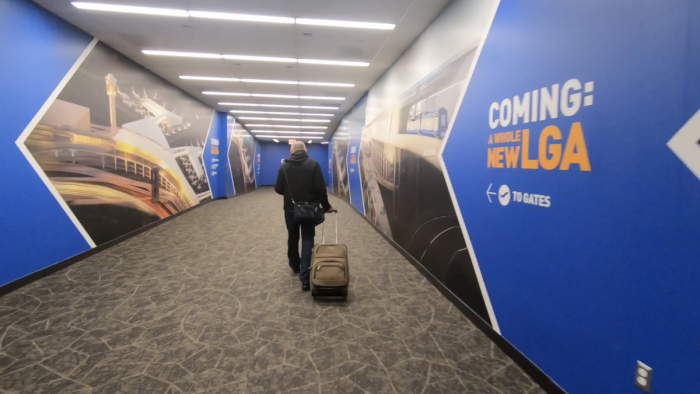 High ceilings and plenty of natural light make the public areas pleasant and spacious. Despite my flight taking place at the tail end of the morning peak, the terminal never felt crowded. There are also several decent places to grab a bite to eat too. 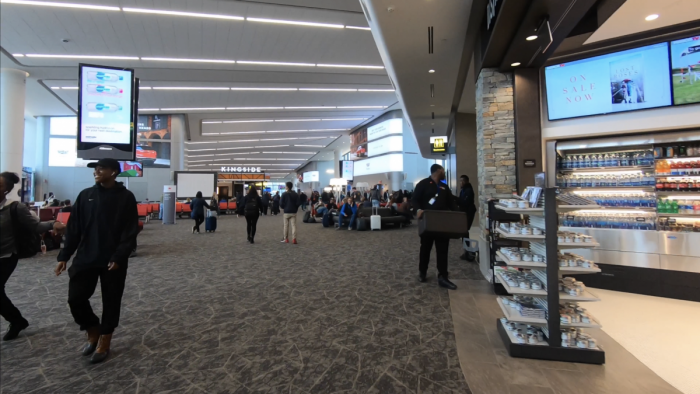 Gate areas are modern and there’s an abundance of charge points. 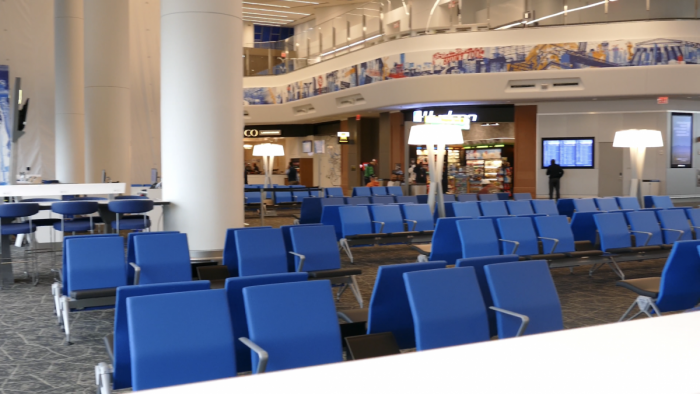 A model shows the airport’s vision for the future. 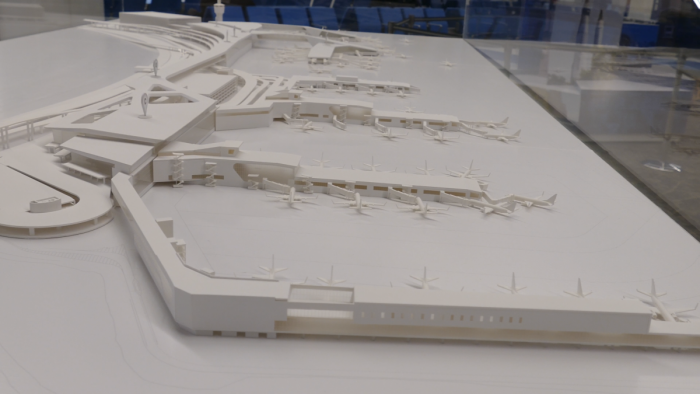 Southwest is one of the few major airlines of the world which still use open seating – that is, seats which aren’t assigned at all, and passengers boarding simply take first pick.

Instead, the airline uses a regimented numbered boarding system, with three groups, A, B and C. A boards first and in numerical order; every passenger has a numbered place within the group on their boarding pass, decreed by how early the passenger checked in.

Early Bird check-in is available for $25 and means Southwest will check you in automatically giving you a good chance of being near the front of the queue, therefore with the best pick of seats. I’m undecided as to whether I like this method, but it is quirky, and refreshingly organised. Gate areas have numbered and lettered poles with areas for passengers to stand in line in the right order. 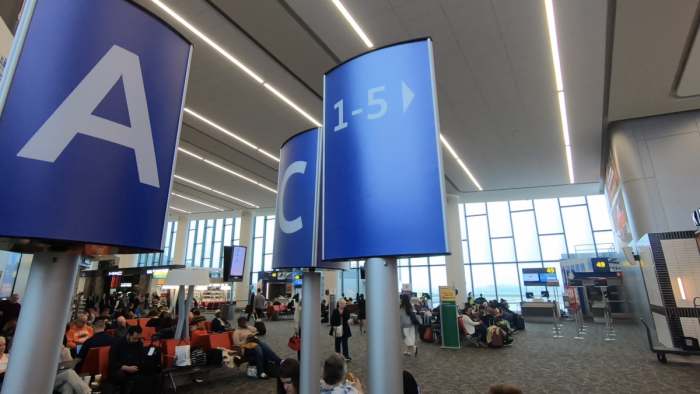 Onboard our 737-700 (Southwest has an all-737 fleet, but for how much longer?) seating is arranged in a standard 3-3 configuration. 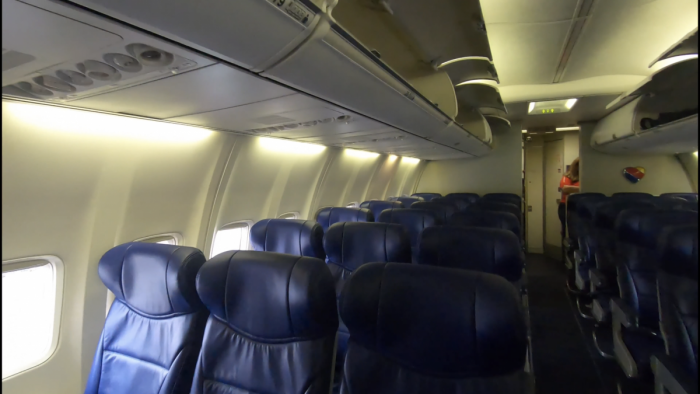 I prefer to sit nearer the back when traveling economy, as this increases the chance of an open seat next to me (though I lost that lottery this time – a nervous mother and daughter were my seatmates, and they were off to visit the daughter’s biological father in Denver. I find flying in the USA fascinating; it is so essential to such a large proportion of the population, with family and friends often dispersed across thousands of miles).

Legroom is excellent. Pitch on the -700 is supposedly 31 inches but it felt like more. 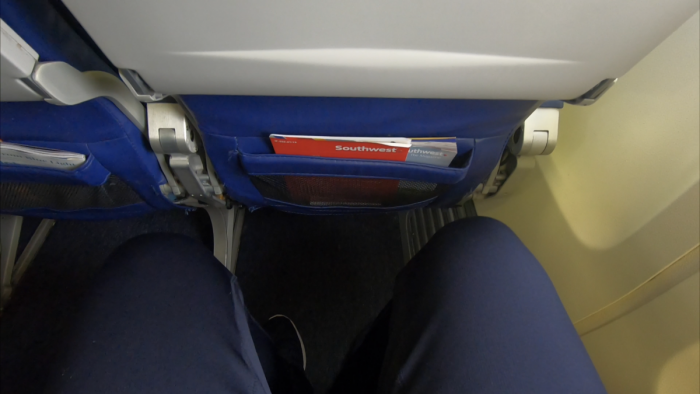 Takeoff was punctual and into dreadful weather. The flight was turbulent for the duration. 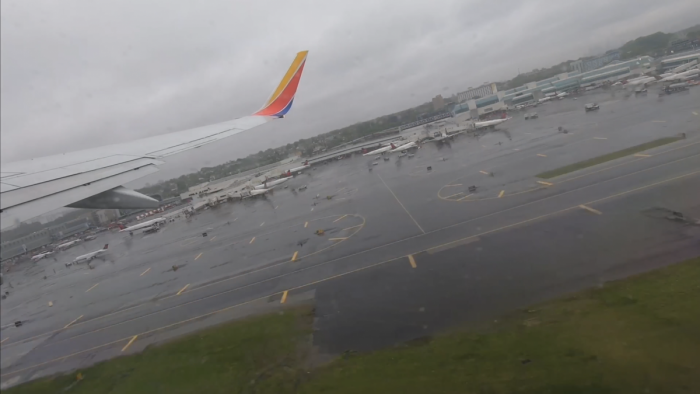 Our route took us just south of Chicago. 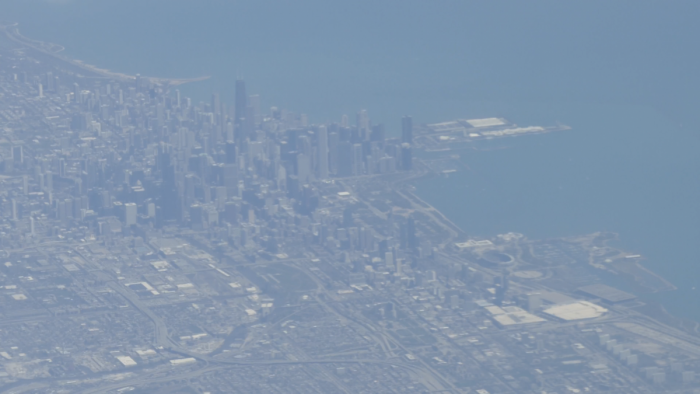 Southwest’s simple service proposition revolves around two main things: free non-alcoholic drinks and snacks, and two free checked bags. It may be a surprise to Southwest virgins that a self-professed low-cost airline doesn’t unbundle these items, but the simplicity of the product is what has helped the airline stand out over the years. Free drinks available included: 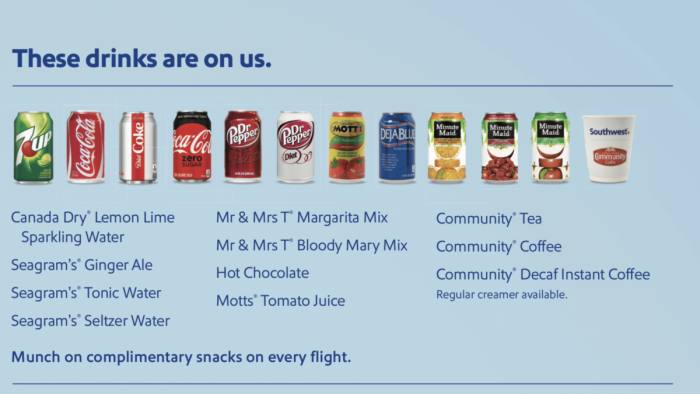 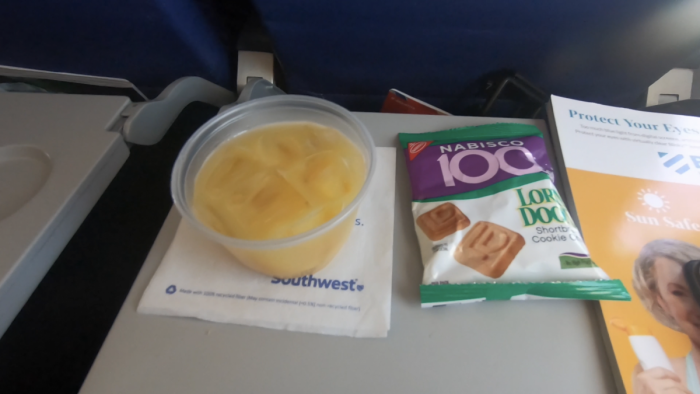 Wifi on board is good and priced very attractively at $8 for the flight. LaGuardia to Denver is pushing four hours, so I think this is super value. I was able to catch up on news and watch YouTube without a problem. Messaging, Live TV and selected movies are free. 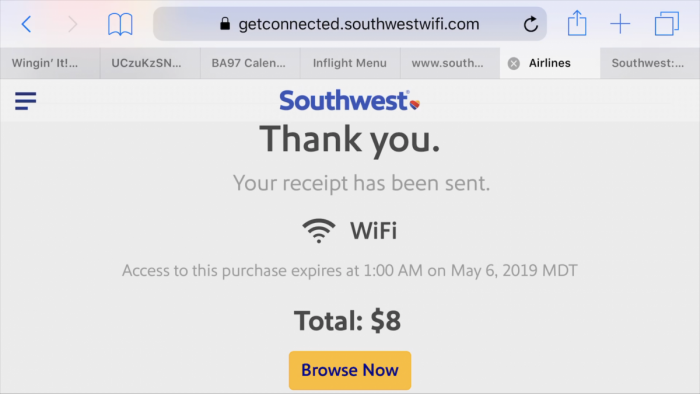 There was even time for a second drink run. 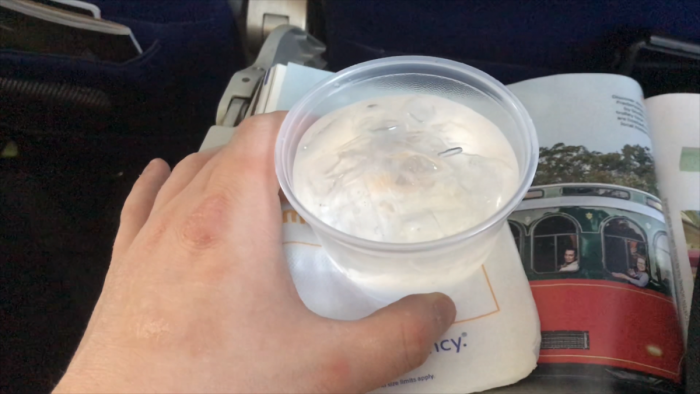 Landing was on time and under very turbulent spring skies in Colorado. 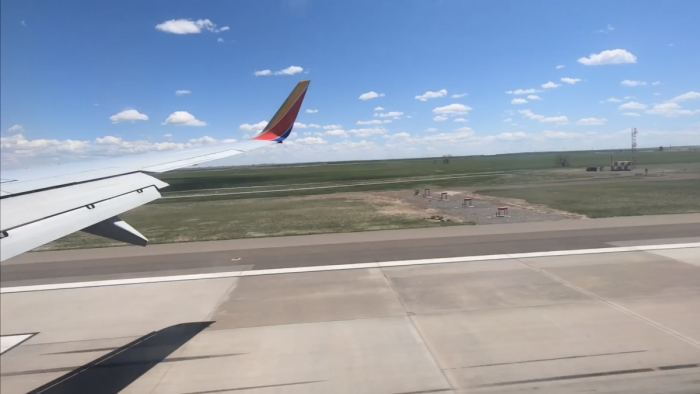 I paid $179 one way for this flight. This isn’t the cheapest you’ll find Southwest on this route, but I did book with just a few weeks to go before travel. The flight was also at a favorable time and was still cheaper than any of the competition.

I’ve long been a happy customer of Southwest and I’m pleased to be able to report my latest experience was consistent, with the airline delivering on everything it promised. What’s not to like?