United Airlines have been leading the pack in basic economy for some time now. Despite some negative press, they’ve forged ahead with their downgrade of services, and in December last year they started selling basic economy tickets on flights to Europe too. I took a United basic economy flight from London Heathrow to Los Angeles last week to see just how bad the new fare class really is.

When we decided to take a vacation to the West Coast, I had automatically thought to book Norwegian. Famous for their low transatlantic fares, I assumed they would be cheap and yet still run the flight on a nice, modern aircraft.

That was until I heard about the new fare class from United.

Basic economy with United Airlines was around £50 / $65 cheaper each way than it was with any other carrier, including Norwegian. Not only that, but being a full service airline, I guessed we would be given some complementary food and drink, rather than having to pre-order and pay for it. It was a bit of a risk, but with a big saving to be made we decided to go for it.

There are some caveats with basic economy. You can’t change your flight, at all. If you can’t fly, you lose your money. Not a big deal for us; we already had concert tickets in Las Vegas for those dates, so we were going no matter what.

Also, you can’t check a bag. Or rather you can, but it will cost $60, wiping out all the savings from our cheap ticket. But we’re used to travelling light, so reckoned we could manage with just a cabin bag each. We couldn’t assign our seats or upgrade our ticket either, which meant we were risking not even being seated together. But, on a mid-week flight we thought perhaps we’d get lucky.

Here’s how it went.

Being my first ever flight on a Dreamliner, I was a little excited to say the least. Despite my ticket being for ‘cattle class’, I was still going to get to ride Boeing’s exemplary widebody aircraft and enjoy all the trimmings that come with it.

From the exterior, the 787-9 doesn’t look anything special. It was a pretty standard widebody which sat gleaming on tha tarmac in United’s standard white livery with golden cheatline.

Inside, it really was a beautiful thing to behold. The first thing to notice was the massive windows. Way bigger than anything I’ve ever flown before, they really give a feeling of space inside the cabin. The ceiling height is much more generous than on many other planes, meaning all six feet of my husband could stand upright in most of the areas on board.

One of the best things about the Dreamliner, at least initially, was the absolutely enormous overhead bin space. If you’ve ever flown carry on only, perhaps with an LCC on a 737, you’ll feel my pain at trying to squeeze an overloaded suitcase into an already maxed out luggage bin without braining the person sitting underneath. No such issue on the 787; plenty of room for all.

So, being basic economy, we were one of the last to board. Thanks to United’s ‘better boarding’ policy, we were allocated a group number and told to remain seated until our group was called. We were group 4; I have no idea who group 5 could have been seeing as we were the lowliest of the low on this flight!

Being boarded in groups actually made a lot of sense. Instead of everyone getting up en-masse and creating a huge airport queue, we got to relax until it was time and then pretty much walk straight on.

Being a twin aisle, boarding was pretty slick overall. I didn’t hugely appreciate having to lumber through Polaris and Premium Economy dragging my case in order to get to our cabin, but I guess they like you to see what you’re missing out on.

Because we were basic economy, we weren’t allowed to pre select our seats. This meant, inevitably, we were in the middle row. I was gutted because I really wanted to play with those electronic dimmers on the windows. On the upside, the 3-3-3 layout and lack of third person meant we had a whole row to ourselves!

We stowed our cases without any problems (still love those overhead bins) and everyone was seated in plenty of time for an on schedule departure.

I wasn’t expecting a great deal from our basic economy seats, so was pleasantly surprised to find they were really rather generous. Despite being a bit thin in profile, they were pretty supportive and at 17.3 inches they were wide enough that you didn’t need to get too up close and personal with your neighbor.

What I was really pleased about was the very generous pitch of the seats. At 32 inches, these are some of the most generous economy class seats out there, a full two inches more than Virgin’s A330 and an inch better than Norwegian’s 787-9 layout.

At five foot three-ish, there was more than enough room for my little legs:

But the real benefit was for my six foot husband, who has frequently been known to endure horrific knee crush in economy seats:

The headrests are a nice touch too. The sides are bendable, meaning you can kind of make a little wing to rest your head against.

The big disappointment for me was the lack of recline. Well, I say lack, but there was a recline of some sort. However, the seat pan does not move, and the total recline is no more than about three inches, so barely worth pressing the button for really. However, this does mean you’re never going to end up with the person in front lying in your lap, which is a positive.

Entertainment was pretty good. There were more than 70 films available on demand, as well as a bunch of TV shows and even audiobooks. The guided meditations were a nice touch too, and actually very helpful if you were having trouble nodding off.

The food and drink

I have to say I was a little nervous about the catering on board. It’s a long old flight, and I do like to be fed at regular intervals. I fully expected to be offered only the basics, or perhaps even to have to pay more for real food, as per Norwegian. I just hoped they didn’t feed the people next to me but leave me food-less due to my ‘basic’ status.

However, I needn’t have worried. There was a generous drinks service as soon as we were in the air, which included wines and beers as well as soft drinks. A little packet of breadsticks also landed on my tray table, which helped to soak up the rather tasty Californian wine we were being served.

Less than an hour into the flight and a meal appeared too. The choice was chicken or pasta, so I went for pasta, which turned out to be some delicious ricotta stuffed cannelloni and tomato ravioli with a bulgar wheat salad and bread. Oh, and some more wine of course.

They’d got my request for a vegetarian meal for my husband too, who enjoyed a chickpea salad and some sort of lentil curry which he said was very nice.

Shortly after dinner there was an ice cream service followed by, yes, more wine. Some of my neighbors were being more adult about the whole thing and ordering coffee by this point, but I was on holiday and it was good wine.

Later on, there were more snacks; mini pretzels and some curried nuts. There were at least two more drinks services although I might have been napping for those. Before we landed, we were given a light meal consisting of a slightly soggy turkey roll and some fruit. Overall, I didn’t go hungry at all, and quite clearly had plenty of beverages too.

Despite all passengers being seated in plenty of time for an on-schedule takeoff, we were delayed by more than an hour and a half due to an engine maintenance issue. Although slightly frustrating at the time, I’d much rather sit on the tarmac for a little while than take off with an engine problem.

One of the unique things about the Dreamliner is the higher cabin pressure and humidity. Although I can’t say I noticed much difference at the time, I certainly arrived feeling much less fatigued and ‘dried out’ than I have on other long haul trips.

Something I did love was the on board ‘mood lighting’, which the cabin crew controlled to help passengers adopt a helpful wake-sleep cycle to minimize jetlag. The dimming windows are magic, turning day into night and giving everyone a more restful journey.

During the flight we had a pretty strong tail wind for most of the trip. I know this because of the very informative flight info screen I had access to (and was typically geeking out over rather a lot). As a result, we landed only 31 minutes late, despite our 93 minute delayed departure.

As far as flying a Dreamliner goes, I definitely want to do that again! It’s one of the most spacious, comfortable and pleasant aircraft I’ve flown long haul on, and seems to have a dealt with many of those passenger bug bears (like the overhead bins) in a competent, workable manner.

It was also the first time I’d flown United. With a number of high profile customer service issues in their past, I wasn’t expecting the slick, friendly, professional service I got. Perhaps I got lucky, but from the check in desk to the cabin crew, everyone was excellent, and it all worked like a well-oiled machine.

But what about that basic economy? Was it worth the saving? I would say absolutely. I was in the same seats, ate the same food, drank the same wine and watched the same movies as all the people who had paid for standard economy. And I paid less for all this than I would have done on a truly ‘no frills’ airline like WOW or Norwegian.

The lack of a checked bag might be an issue for some, but for a week-long trip I found a cabin case to be more than large enough for my needs. Oh, and you also get a ‘personal bag’ as long as it fits under the seat in front, so really, I had more than enough luggage for my needs.

I can understand that on domestic flights not being able to use the overhead bins must be frustrating, but for long haul where you get a cabin bag and bin space included, I don’t really see any reason to pay any more for the flight.

Since the launch of long haul basic economy, United have received some pretty bad press about it. Accusations are that they are offering a lower standard of service at the same price as standard economy, so that they can charge more for their usual fares. However, this was not my experience, as this flight was far cheaper than anything I’d previously seen offered by United, and in my opinion,  it represented a fair discount for forgoing certain amenities.

If United can maintain their quality of service alongside these super low fares, they’ll be giving the low cost long haul market a serious run for their money. 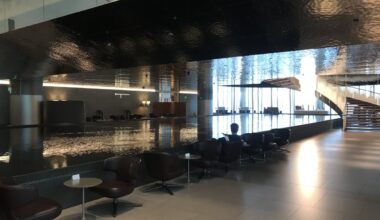 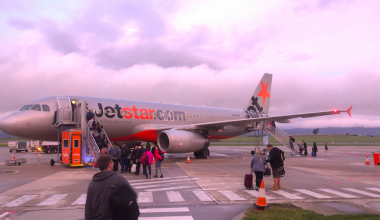 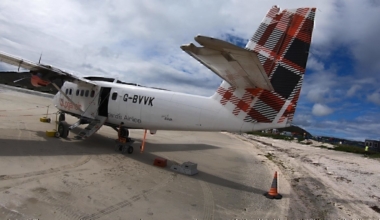 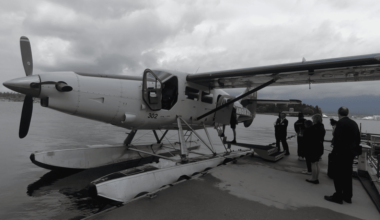 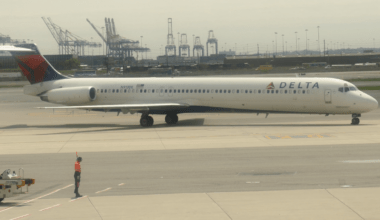