Since Saturday, the third busiest airport in the world has had to deal with delayed, diverted and canceled flights as heavy rains have led to intense flooding. Dubai International Airport is scrambling to cope with the extreme weather, working to get its operations back to normal. However, with more heavy rains expected, the situation may not improve any time soon.

“Dubai Airports can confirm that due to heavy rainfall and flooding earlier today, Dubai International (DXB) is experiencing operational disruptions…We are working closely with our service partners to get back to full operations as soon as possible, however flight delays are expected to continue through the day with some cancellations and diversions to Dubai World Central (DWC).” -Dubai Airport official

The National UAE reports that rain fell throughout Friday and the early hours of Saturday. As a result, many roads were heavily waterlogged. Readings show that Dubai received 150mm of rain every hour for two-and-a-half hours. This is extremely out of the ordinary for Dubai as an average January experiences only 10mm of rain over the full month.

The UAE’s National Centre of Meteorology sent out an alert warning residents to be extremely vigilant. In fact, “hazardous weather events of exceptional severity” were in the forecast as thunder and heavy rain have enveloped the Northern Emirates.

At higher elevations, freezing rain, snow, and hail are expected while at lower altitudes, temperatures may drop to as low as ten degrees Celcius.

The heavy rains have led to flooding at Dubai International Airport. This has caused “operational disruptions” with many flights being delayed, diverted, or canceled.

Below are two videos that show just how much water has inundated the airport. The airport’s apron appears to be completely underwater:

#Dubai Airport cancelled, diverted and delayed flights on Saturday due to heavy rain and flooding

Looking at FlightRadar24 data, it appears that the majority of flights were delayed between 1-3 hours. Some flights, like EK82 coming from Lyon, arrived five hours later than the scheduled time. Several flights were diverted to neighboring airports such as Muscat International Airport (Oman) and Fujairah International Airport (UAE). Most flights that were diverted went to Al Maktoum airport, also known as Dubai World Central. A smaller percentage of flights were canceled.

One flight didn’t even make it to the Gulf. Norwegian flight DY4601 flying from Stockholm was diverted to Paphos (Cyprus). We asked the airline about the diversion choice – we’ll update this article if we get a response.

Passengers are asked to check and confirm timings with airlines. Rainfall is expected to continue today across the region, hopefully easing up on Monday. The system should pass completely by Thursday.

With so many international travelers passing through Dubai, has your flight been affected by flooding? Let us know how your experience was by leaving a comment!

As Dubai International Airport is the home of Emirates, we reached out to the airport for comment on how severely the flooding as impacted its operations. We have yet to receive a response at the time of publishing. However, we will update this article if we hear back. 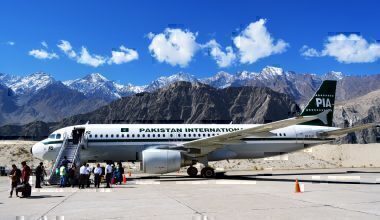 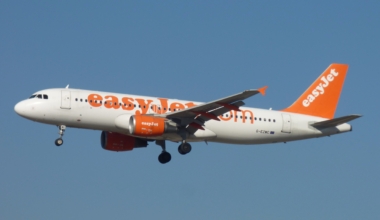 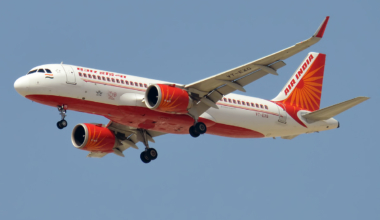