Why Flying Is Often Cheaper Than Rail Travel

While traveling on a break or business trip, the cheapest way to get there is often by air. Despite all of the regulations, infrastructure, overheads and staff involved, flying frequently beats rail travel when it comes to price.

One region where the sky is often easier on the wallet than the railway is Europe. A round trip to Edinburgh from London costs as little as £52 ($64) whereas the train usually costs around £140 ($172).

Similar pricing applies on routes to other countries. A ticket for a direct return flight to Paris from England’s capital can be bought for only £51 ($63). Meanwhile, the lowest return train fares via Eurostar generally go for £74 ($91).

The foundation of many of Europe’s train systems dates back to the 19th century. Due to the age of the infrastructure, the costs of maintaining train tracks, signals and junctions can be extremely high. Along with this, train companies continue to reinvest in improvements to their systems. A part of this cost is usually offloaded to the customer, with fares increasing per year to reflect this.

Similarly, airlines also face various high costs to continue operating. The sensitive oil market means that jet fuel prices often fluctuate. However, the cost of these operational changes is not usually passed over to the customer, regularly giving losses to airlines.

Along with this, carriers regularly lower fares to the level that is necessary to fill their planes. It is more effective to have as many passengers on a plane as possible in order to match the cost of running the flight. However, train companies can operate with revenue from monthly or annual season tickets; a luxury airlines don’t have.

According to a European Commission report, rail travel in the United Kingdom is one of the most expensive in Europe. Privatization of British Rail in the mid-1990s has seen some same day prices skyrocket by 245% by 2016.

Similar comparisons can be made across the Atlantic in the United States. A cross-country train journey between Los Angeles and New York costs around $440. This journey can take many days, including one or two transfers.

However, a direct flight round trip to the same destination can be bought for $195. Even excess baggage charges would keep the air method cheaper. There is a lack of rail competition in the US, with Amtrak dominating the routes. It is also harder to travel directly across the country due to routes not being updated.

Therefore, journey times are generally longer, so more money is spent on paying drivers and crew for their work. The lack of infrastructure has meant that travelers naturally prefer to fly, giving the aviation industry greater support from the government and the public.

Airlines also have the option to cut unprofitable routes from their network. Railway companies, on the other hand, usually have an obligation to fulfill their services, making it much harder to revise their routing. In addition, airlines don’t have to pay fuel duty, giving them a competitive edge over railways, which are subject to other taxes.

Ultimately, even though flying may be the more cost-effective option for local travel, there could be consequences. Volatile costs are contributing to the demise of airlines across the globe. Along with this, low-cost carriers are collapsing following efforts to capitalize on regional opportunities. There needs to be greater structure in place to ensure reasonable travel options while maintaining healthy operations. 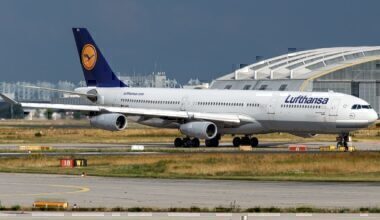 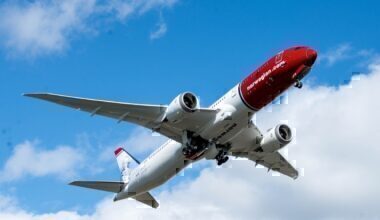