Frontier Airlines has been on a growth trajectory in the last few months, and the airline is showing no signs of slowing down or giving up. On Tuesday, the ultra-low-cost carrier (ULCC) announced 21 new routes with a significant build-up in Atlanta, Dallas, and Las Vegas. Here is what the airline has in store.

Frontier has announced nine new routes in Atlanta, seven in Dallas, and five in Las Vegas. Out of Hartsfield-Jackson Atlanta International Airport (ATL), the airline will fly the following routes:

Out of Dallas/Fort Worth International Airport (DFW), the airline will add the following seven routes:

Daniel Shurz, senior vice president of commercial at Frontier Airlines, stated the following on the expansion:

“We’re thrilled to continue growing with a new round of 21 nonstop routes that greatly expand our service in three major markets: Atlanta, Dallas and Las Vegas. We remain focused on identifying routes where our ‘Low Fares Done Right’ service benefits customers the most with affordability and convenience. Today’s announcement highlights our confidence in travel’s continued rebound for the rest of 2021 and beyond.”

Atlanta and Dallas are two of the most well-known airline hubs and the world and the largest hubs for Delta and American, respectively. These are also some of the most profitable hubs for each airline, and any expansion of service from a competitor rarely goes without a response. However, Frontier poses less of a threat.

While Frontier Airlines is expanding significantly across the United States, it is not targeting high-frequency, hub-and-spoke style operations that are so familiar to American or Delta. In fact, the airline does the opposite. It prefers to fly point-to-point nonstop routes targeting origin and destination demand with lower utilization.

Out of the 21 routes announced, only one route will be served daily (ATL-PBI). This is unlike what other ULCCs do, including Spirit, which is willing to come into a market with more frequencies per week, and sometimes multiple daily flights. As such, Frontier will not be bringing too much capacity into each market and will not be eating too much into either airline’s share.

However, both Delta and American have tools to respond to this growth, if they choose to do so. One option could be to price-match Frontier Airlines on the flights that operate closest to Frontier’s schedule. This would likely be in the form of basic economy fares, which generally come without any seat selection and a limited baggage allowance. The second option could be to add more capacity on the market to try and pressure Frontier to get out, though this can rack up unnecessary losses in a bid for market share.

Atlanta was on Frontier’s radar earlier this year when it announced plans to open a crew base there. Prior to these additions, the carrier has a portfolio of over 20 routes out of Atlanta. Now, it will hit 30 routes when these all launch, and more may come once Frontier establishes a base there. However, the airline could be forced to slow some of its growth due to infrastructure constraints. The airline announced six new routes out of Atlanta earlier this year.

Dallas is not a huge city for Frontier Airlines, and the airline has not gained the attention at the airport that Spirit Airlines has. However, Dallas is heavily dominated by American Airlines, and Spirit has shown some success in making the city work, though data from the Bureau of Transportation Statistics shows it only has a roughly 4% market share at the airport.

Las Vegas is a more typical Frontier Airlines city. In fact, the airline has a 10% market share in the city according to data from the Bureau of Transportation Statistics. This market has seen plenty of growth from Frontier Airlines. A heavy leisure-oriented destination, the carrier has turned to connect not just the big cities, but also overlooked destinations like Harlingen and Sioux Falls to Las Vegas with a few weekly frequencies.

Even with the latest round of growth, there is plenty of room for more flying from Frontier Airlines across the United States. Frontier Airlines ended the first quarter with 107 narrowbody Airbus A320 aircraft, with a commitment to purchase 153 new A320neos. This is broken down between 86 A320neos and 67 A321neos, including 18 Airbus A321XLRs.

When all deliveries are complete, and assuming Frontier chooses to retain most of its Airbus A320ceo family of aircraft, save for the Airbus A319s it is retiring, then Frontier will have nearly 260 aircraft in its fleet, meaning it will over double in size. With that could come some incredible growth, or, perhaps, a change in direction to fill in some network depth now that it has a significant amount of breadth. There is plenty of time before Frontier has to make that decision.

What do you make of the 21 new routes Frontier is adding? Will you fly any of these routes? Let us know in the comments! 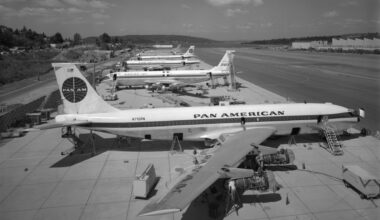 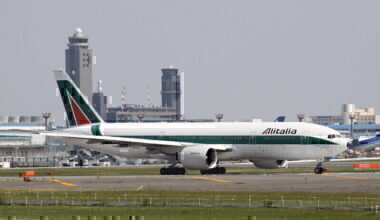 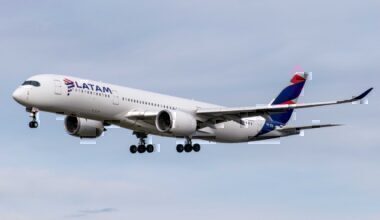