An All-Airbus Affair: The Frontier Airlines Fleet In 2021

Founded in 1994, low-cost airline Frontier has changed a lot from its initial years as a Boeing 737 operator. The US carrier has now grown to a fleet size of 112 aircraft – with all aircraft coming from the Airbus A320 Family. With a recent order announced at the 2021 Dubai Airshow, we will see Frontier take on more Airbus jets in the years to come.

The Frontier fleet at a glance

Let’s first take a look at the composition of the airline’s fleet as a whole. With data from ch-aviation.com, the aircraft types (all from Airbus) are listed below with quantities in parentheses, along with average ages:

As noted, all aircraft come from the Airbus A320 Family. This composition is consistent with the low-cost-carrier playbook as a single-type fleet allows for efficiencies in crew training and maintenance.

Two sizes, down from three

At this time, Frontier has just two sizes of aircraft, the A320, and A321. However, the airline quite recently operated the Airbus A319. In fact, it was just a few months ago, in September, that the airline officially retired its last Airbus A319. This took the form of a special send-off from Nashville.

“The retirement of Frontier’s last Airbus A319 aircraft is a proud and symbolic moment for our team as we look ahead towards a greener future. Our ultra-modern fleet is already the most fuel-efficient in the U.S. skies and, as we continue the transition to A320neo (New Engine Option) and A321neo aircraft, our fuel savings and operational efficiencies continue to evolve.”

Shurz also noted that going to a higher gauge (larger aircraft), the airline is better able to lower its costs- applying “the right frequency to the right market.” While most of the aircraft now are A320s, Frontier operates the A321 as well. These larger jets can be flown to some small markets at low frequency, something that the airline says has been working for it.

Many more aircraft on the way

It was on November 14th that Airbus revealed an order from Indigo Partners consisting of 255 A321 family aircraft. The order was the first significant order of the 2021 Dubai Airshow and divides among the airline group’s members as follows:

Impressively, the 91 A321neos recently ordered are in addition to an order announced at the 2019 Paris Air Show. It was two years ago that Indigo Partners signed a significant order for the A321XLR, with 18 of the jets destined for Frontier.

While the airline went on record noting that they weren’t too keen on flying transatlantic, it will still be quite exciting to see what routes are unlocked by Frontier operating the A321neo and A321XLR. 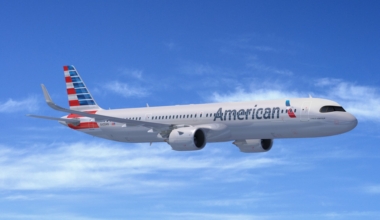 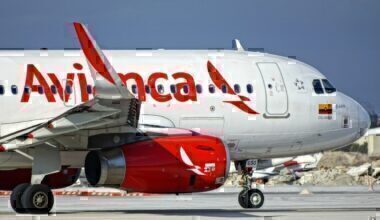