It appears that Garuda Indonesia is leasing six slot pairs at the congested London Heathrow airport to flag carrying Indian airline Air India. A slot swap request form has been shared on social media, suffering the lease will be in place for a period of two years.

Air India to up frequency to London Heathrow

Despite its financial struggles, Air India has remained committed to serving London as a key market from its hubs in both Delhi and Mumbai. Back in January, the carrier adjusted its schedule to increase weekly Heathrow services from Mumbai from daily to 10 times per week.

It looked as if these 10 per week flights would continue into the summer season, as the carrier filed ongoing schedule increases from the end of March onwards. While the current lockdown is certainly affecting this plan, the carrier remains positive about the long term outcomes, as it has leased six more slots from Garuda Indonesia for both summer 2020 and summer 2021.

The details of the slot swap were posted to Twitter by London Air Travel:

The request form indicates that Garuda will lease Air India takeoff and landing slots on Tuesdays, Thursdays and Saturdays. These slots will be operated by Air India’s Boeing 787 Dreamliner, flying from Mumbai for all services.

Weekday flights will arrive from India at 19:00, with takeoff scheduled for around an hour and 45 minutes later. The Saturday service will land at 18:00, heading back to Mumbai at approximately 19:45. The lease period covers the whole IATA summer season for this year and next, and will increase Air India’s scheduled flights to Heathrow from Mumbai to 13 services a week.

Is Garuda giving up on London?

The Garuda Indonesia service to London Heathrow has been changed more times than we care to remember. Last June, the airline adjusted its Jakarta to London service to terminate instead in Denpasar, with a stop in Kuala Namu on route. We calculated at the time that this was the eighth time the airline had altered that route since the start of 2019.

Over the course of 2019, it juggled the route several times, canceled it twice and changed the aircraft from a 777 to an A330 and then back to a 777. The most recent update we had from the airline was that the route would be suspended entirely from the 31st March.

The service had been using its new A330-900 on the route up until now, although the slot swap from indicates that it’s still reserved for a Boeing 777. With the slots given up to Air India, it does appear that Garuda is serious about stopping service to London Heathrow, at least for the next two years.

But does that mean the carrier is giving up on London entirely? Not necessarily. Heathrow is an incredibly expensive airport to operate from, and the congestion at the airport means it would be impossible for Garuda to scale up here. London has a number of other airports suitable for long-haul, many of which are more abundant in slots and with lower charges too.

While Garuda is likely cutting London Heathrow to rein in its costs after a poor 2019 performance, we reckon we could see it back in the UK again. Gatwick would almost be a better fit for the airline, as more leisure travelers tend to set off from there, while Luton, Stansted and even up and coming Southend could end up being a more profitable destination for the airline.

Do you think we’ll see Garuda making a return to London in the future? Let us know in the comments. 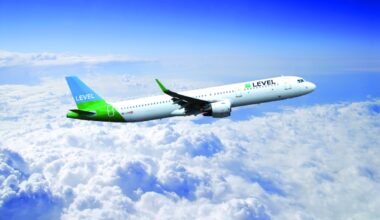 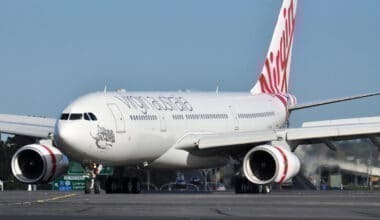 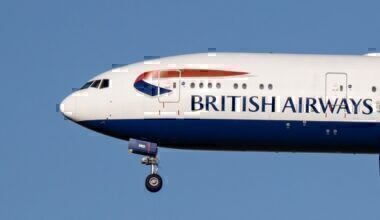