Garuda Indonesia has a strange, will they, won’t they, relationship with their direct Jakarta to London flights. One moment they are flying a full Boeing 777 all the way, the next they are shutting down the route entirely. And this time it looks like Garuda is cutting the route for good, as well as greatly reducing their other European frequencies, as reported by One Mile At A Time.

Passengers looking to fly between London and Jakarta (a very popular route), will have to find their way on a different carrier.

Before we dive into this latest shut down, let us have a look at the history of the route so far.

Specifically, the changes are:

Why is Garuda Indonesia canceling the route?

It doesn’t really make sense why the national carrier of Indonesia, Garuda Indonesia, is struggling to make this route work. Both London and Jakarta have huge populations, with plenty of people wanting to travel between the two.

Now, this next part is pure speculation, but it looks like Garuda keeps making mistakes when trying to get this route to perform.

It is understood that Garuda Indonesia will reposition the aircraft on their Tokyo and other Japanese routes.

Overall, we will have to see how this performs for the airline.

What do you think? Should they provide a direct route between Jakarta and Indonesia? 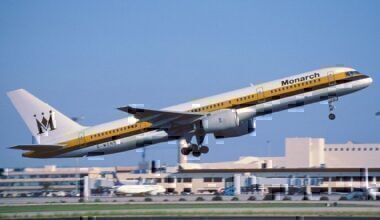