Miami-based Global Crossing, or GlobalX, has today announced the first registration of an aircraft to its fleet. The A320 arrived in Miami in January but has only today been given its new registration. GlobalX says it’s negotiating leases for more aircraft and is pushing forward with its FAA 121 certification ahead of flights later this year.

The first in the fleet

Startup airline Global Crossing has completed the re-registration of its first Airbus A320. Announced today, the first reg is N276GX and is a key milestone for the new airline as it prepares to begin service.

The A320 arrived with GlobalX in Miami in mid-January. It arrived wearing its old Frontier Airlines registration – N223FR. Today’s allocation of its own Global Crossing registration makes it the first aircraft to officially join the fleet. It seems that the second won’t be far behind, as the airline has stated it is in negotiations for its next two passenger aircraft.

Over in Europe, another, slightly larger, aircraft is making preparations to join the GlobalX fleet. An A321-200 has completed its acceptance flight with leasing firm Magnetic, and is showing as due to arrive with the airline in the coming weeks. Indeed, the aircraft has already been outfitted with the eye-catching GlobalX livery.

Under its old registration, ES-MLS, the aircraft undertook its acceptance flight for Global Crossing on March 1st. Taking off from Tallinn, Estonia, the 15-year-old A321-200 flew for more than two and half hours at a range of speeds and altitudes ahead of its delivery to the airline.

The airline has stated that it intends to operate a total of 10 aircraft by early 2022.

What’s next for Global Crossing?

The airline is still undergoing its Federal Aviation Regulations (FAR) 121 certification, and will be required to complete this before any flights can begin. Although this is an arduous process, things appear to be coming along nicely. In a post to its LinkedIn page, the company stated,

“FAA 121 Certification continues to progress as the aircraft conformity review (a major phase 4 event) has started – this is a full nose to tail review by the FAA of every aspect of our first A320 aircraft.”

The FAA will inspect the aircraft thoroughly, including maintenance records, equipment, the software systems onboard, avionics and more. It’s the next stage in the process towards certification to fly. Next, other milestone events such as evacuation drills will take place. The company continued,

“We expect the final proving run flight schedule, the last certification hurdle, to be FAA initially approved next week with proving run flights expected to start as soon as tabletops and mini evac are completed and subject to FAA resource availability.”

The airline has already recruited a group of senior flight attendant trainers and its first group of pursers graduated just this week. This team of 14 flight attendants will be working with the FAA towards certification, including on the evacuation drill and proving runs. The airline says these senior FAs average more than 10 years of flying experience, and will form the core of its cabin team, recruiting and training other crew members in the years ahead.

Global Crossing intends to be a charter airline for the United States. As well as some domestic operations, it has already announced its intentions to operate to the Caribbean and Latin America.

However, announced this week, the airline has recently signed agreements with a major California-based resort casino group for at least 50 flying hours per month. That could mean ferrying high rollers to Vegas, or indeed to resorts outside of the United States.

In addition to this, it says it has signed a letter of intent for an additional 160 flying hours per month with major destinations in both the Caribbean and Mexico. With more aircraft coming soon, it seems it’s all go for the United States’ newest charter startup! 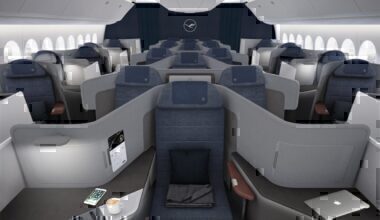 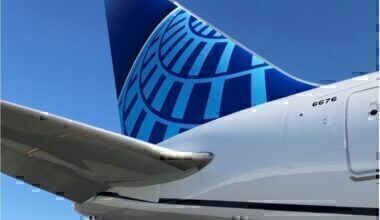