GOL Partners With American Airlines To Link Networks And Loyalty

American Airlines and GOL Linhas Aereas have entered into a letter of intent to solidify their partnership. Both companies will build on their initial codeshare agreement and link their networks and loyalty programs. Additionally, American will invest in the Brazilian carrier. Let’s investigate further.

In 2020, GOL and American Airlines announced a new codeshare agreement. We can describe the alliance as a seemingly successful marriage coming out of necessity. American Airlines had to hold talks with GOL following Delta’s investment in LATAM Airlines Group. Prior to that, American and LATAM were strong partners in South America.

A year later, both companies are looking to expand their partnership. They aim to introduce an exclusive codeshare, a larger and more lucrative joint SMILES, and AAdvantage loyalty program partnerships and increase commercial cooperation.

“Our long-haul network marries seamlessly with GOL’s strong domestic network in Brazil. Together, we will be able to offer customers flying to, through, and from Brazil access to the largest network with the lowest fares and the Americas’ biggest and best joint travel loyalty program.”

What about the loyalty programs?

In 2022, GOL and American loyalty members will gain access to elite benefits, said the airlines in a statement. For instance, they will get priority check-in, boarding, and security, as well as a larger checked baggage allowance, lounge access, and preferred seats on both airlines.

Additionally, the two carriers want to offer an enhanced joint loyalty. The plan is to give customers more ways to earn and redeem miles.

Moreover, American Airlines wants to invest in GOL Linhas Aereas. The US carrier announced a US$200 million investment in 22.2 million newly issued preferred shares of GOL. This will allow American to hold a 5.2% participation in the Brazilian carrier.

American will have the right to appoint one member to GOL’s board of directors. He or she will have a membership and participation on GOL’s Alliance Committee, the airline said in a statement.

“We believe that this will bolster GOL’s presence in international markets, accelerate our long-term growth, and maximize value for our shareholders. It adds to our confidence in GOL’s growth as the economy reopens and travel demand increases.”

American Airlines has been heavily involved in Latin America in the last few months. Prior to this announcement, American also announced a similar deal with the Chilean low-cost carrier JetSMART.

American Airlines now has its Latin American alliance with JetSMART and GOL. Other US carriers have similar deals. United collaborates with Avianca and Copa Airlines and wants to bring in Azul Linhas Aereas. Meanwhile, Delta does the same with LATAM and Aeromexico.

What do you think of this strengthened alliance between GOL and American? Let us know in the comments below. 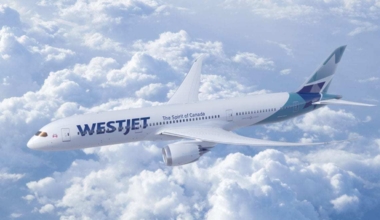