What Is The Goodyear Blimp?

Recently a large floating object has been spotted in the skies above Germany and Europe. The European Goodyear Blimp has been operating sightseeing flights above German cities when not supporting major sporting events such as the Le Mans 24 hour race.

The Goodyear Tire and Rubber Company have been operating blimps for nearly 100 years. The iconic blue, yellow, and grey aerial vehicle has become well known for flying slowly over sporting events. There are currently four Goodyear Blimps operating in North America and Europe, but what is a Goodyear Blimp, and what is their point?

Not actually a blimp

Despite being well known worldwide as the Goodyear Blimp, the Goodyear Tire and Rubber Company’s airships are actually zeppelins, not blimps. The difference between the two lies in the construction of the vessel. While a blimp is blown up like a balloon, a Zeppelin has a rigid internal structure to hold its shape.

Rather than relying on sheer power like the fixed-wing aircraft that we’re used to seeing departing significant airports, a Zeppelin gains altitude thanks to its status as a lighter-than-air vehicle. The Zeppelin is filled with Helium, giving it its buoyancy. With a small cabin on the base of the aircraft, it is maneuvered with fans and several control surfaces.

Goodyear currently has four blimps. Goodyear took delivery of its three current North American blimps between 2014 and 2018. However, until recently, Europe has been blimpless. In 2011 the European Goodyear Blimp crashed near Frankfurt, according to airships.net. All three passengers survived, but the pilot sadly lost his life.

Earlier this year, a new Goodyear Blimp took to the skies above Europe. The Goodyear Blimp is known for flying over sporting events. However, the new German blimp returned to the skies in May, right at the height of the lockdown when most sporting events were suspended. Regardless, the airship is providing coverage of racing events around Europe. As a result, it was recently seen above the Le Mans 24 Hour Race.

It can be hard to get a spot to fly on the Goodyear Blimp in the United States. However, that’s not the case in Europe. While not flying over sporting events, the European Goodyear Blimp, registered as D-LZFN, operates sightseeing flights over Germany. The flights can last between 30 and 90 minutes, costing passengers several hundred euros.

Commenting on the return of the blimp to Europe, Mike Rytokoski, Vice-President and Chief Marketing Officer, Goodyear Europe said,

“The Goodyear Blimp is a true icon that has captured the imaginations of consumers and enthusiasts in the United States and across the world for nearly one hundred years. Its return to Europe has been long-awaited and is the perfect way to celebrate our return to international motorsport, our new media partnership with Eurosport, and the cutting-edge additions to our product portfolio.”

Have you seen the Goodyear Blimp? Let us know your experiences in the comments! 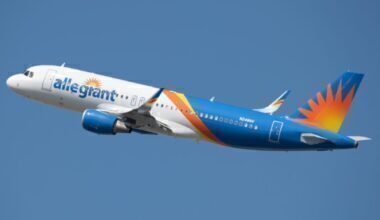 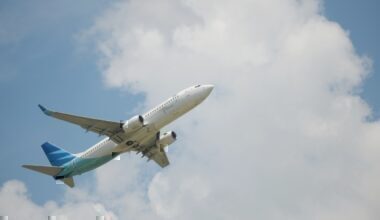