Hawaii Urges Tourists To Stay Away

Hawaii’s Governor, David Ige, expressed his concerns over tourists flocking to the island state amid a recent surge in cases that is causing concerns at hospitals in Hawaii. Despite the state having one of its most liberal entry requirements for travelers from the mainland US, it is not restricting any travel to Hawaii but instead trying to urge vacationers to stay away.

Speaking at a press conference earlier this week, Gov. Ige stated the following:

“We are going to be requesting all of our travel partners to communicate the fact that it is not a good time to be traveling to the islands.”

He discussed recent moves that have limited capacity at restaurants and the rental car shortage as two reasons for tourists to reconsider their travel to Hawaii and stay home for now.

Data from Hawaii’s Department of Health shows the state is seeing its worst surge in cases since the start of the crisis. The current daily average over the last seven days has been 688 cases per day. This comes as Hawaii’s population is only 62.1% vaccinated.

Hospitalizations are also at their highest levels since the start of the pandemic. According to the Hawaii Emergency Management Agency, Hawaii has recorded 403 patients in a hospital, and 237 of the state’s 340 ICU beds are occupied by patients. Of those 237, 82 ICU beds are occupied by patients with the virus. The concern for Hawaii is that if there is a rush of new cases and an increase in hospitalizations and ICU beds, there is little room for relief, given the state’s isolated location in the Pacific Ocean.

Mayor of the City and County of Honolulu, Rick Blangiardi, announced that all large organized gatherings on Oahu will be suspended until September 22nd, 2021. This includes conferences and meetings, trade shows, conventions, concerts and live events, ticketed sporting events, and sports tournaments.

Oahu is the most populated island in Hawaii and is home to the state’s capital and a major hub for tourism, Honolulu. Served by Daniel K. Inouye International Airport (HNL), the airport is the largest in the state in terms of capacity and passengers services from scheduled commercial airlines to the mainland United States. It also serves as a hub for inter-island travel.

Despite restrictions on gatherings and capacity in restaurants, Hawaii is maintaining its existing travel requirements. Since July 8th, all tourists fully vaccinated in the US or a US territory are allowed to travel to the state on a domestic flight without needing to quarantine or show pre-arrival negative tests. Bring your hard copy white CDC card for verification.

Passengers who are not fully vaccinated, defined as 15 days after completion of their vaccination, must provide a pre-travel negative test result taken within 72 hours of departure to Hawaii from one of the state’s Trusted Testing and Travel Partners.

Hawaii is not adding any new restrictions to its travel requirements, but it is actively urging tourists to stay away from the islands until the public health situation improves. This may prove easier said than done.

While there has been a decline in leisure travel due to the reopening of schools and offices throughout August and the rise in cases from the Delta variant, Hawaii continues to be a top destination. Every US airline is running a robust schedule to the islands to cater to demand from leisure travelers wary of going abroad but wanting an island getaway. As a result, it could prove easier said than done to urge travelers to stay away from the state, barring any introduction of new travel restrictions.

Are you reconsidering your travels to Hawaii? Let us know in the comments! 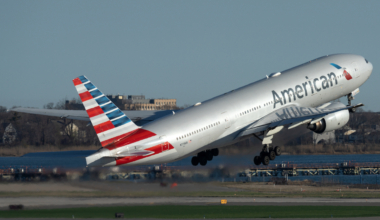 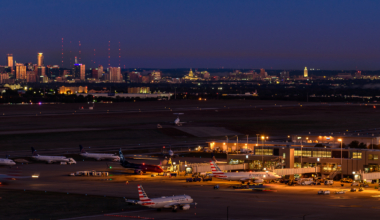 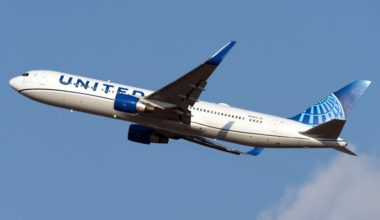