A new Hawaiian Airlines Airbus A321neo has been evacuated following an emergency landing in Honolulu after the cabin filled with smoke, according to Aviation24.be.

According to media reports, the flight was uneventful until around 20 minutes before landing in Hawaii. The cabin crew noticed smoke in the cargo hold and some vapors leaking into the main cabin. Fearing for the seven crew members and 184 passengers on board, the pilots requested an urgent landing at Honolulu airport with emergency services standing by.

The aircraft was granted permission and rapidly descended to land at runway 04R. The aircraft remained on the runway, deployed slides and evacuated all passengers and crew. Seven passengers had to be taken to hospital to be evaluated for smoke-related injuries, however, it is believed that all have been discharged. The other passengers were bussed safely to the terminal and reunited with their baggage a few hours later.

What was the cause?

According to Hawaiian Airlines, a fuel seal in the left engine broke away during the flight (or in their terms ‘failed’) causing oil to spill onto hot parts of the engine. This caused the oil to boil and turn into thick black smoke, flooding the cabin via the air conditioning system.

The smoke and the oil never interfered with the operation of the aircraft (bar the actual smoke in the cabin) and the passengers were never in real danger of the aircraft having an uncontrolled descent.

“We sincerely apologize to our passengers for this incident, and thank them, as well as first responders and airport officials, for their cooperation and assistance in a swift and safe evacuation,” the airline said in a statement to Aviation24.be, “we are conducting a thorough inspection of the aircraft before returning it to service.”

It is very likely that the aircraft will be given the all-clear and will return to service in less than a week.

Hawaiian Airlines operates 13 Airbus A321neos between its hubs in the Hawaiian island chain and several US cities such as Oakland. The airline also has an additional five on order to be delivered throughout 2020.

They are configured in a two-class layout, with 16 recliner seats in ‘first-class’, 44 extra-legroom economy seats spread throughout the cabin and 129 standard economy seats. Entertainment is streamed to passengers’ devices which can mean those without might be out of luck for the five hours plus journey.

Hawaiian Airlines has faced stiff competition from Southwest in recent months since the later started services to the islands on their own narrowbody 737s.

Simple Flying has contacted Hawaiian Airlines for a further statement on the incident. 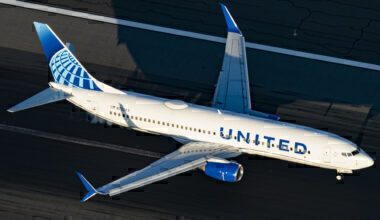 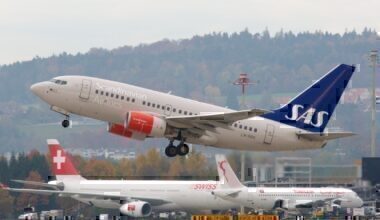