Hawaiian Airlines celebrates its 90th birthday this week, marking the occasion with charity events around the island and a commemorative flight replicating the airline’s first flight from Honolulu to Hilo via Maui. The airline has come a long way in 90 years. It flew just over ten thousand passengers in its first year of operation. In 2019, Hawaiian Airlines flies three times that number every day.

A steamship business saw the future

On November 11, 1929, Inter Island Airways began its first scheduled service, flying from John Rodgers Airport to Hilo using Sikorsky S-38s. That flight took three hours and went via Maui. That’s substantially longer than today’s flying time of one hour but much shorter than the 12 hours it took to travel between Honolulu and Hilo on the steamer.

This week, Hawaiian Airlines ran a commemorative flight replicating the first Sikorsky flight, albeit the contemporary flight used a Boeing 717 and departed from Daniel K, Inouye Airport. Passengers aboard scored a handy bonus – 90,000 Hawaiian Miles. That’s enough for two return flights to the US mainland or 12 inter island flights

Inter Island Airways changed its name to Hawaiian Airlines in 1941. The name change coincided with the retirement of the Sikorsky aircraft and the introduction of Douglas DC-3s. This was followed by the addition of Convairs in the 1950s. The airline leaped into the jet age in 1966 when it began flying Douglas DC 9-10 jets.

Expansion beyond the islands

For the first half of its life, Hawaiian Airlines stuck to its original business, flying around the islands. By the 1980s, aircraft were coming into service that had the range to easily fly across the North Pacific to the US mainland.

It wasn’t until 1985 that Hawaiian first flew to the US West Coast using Lockheed L-1001 TriStars. The mid-1980s marked a period of rapid expansion for Hawaiian Airlines outside its home turf. This was facilitated by the arrival of new aircraft and increased competition on inter island services.

Bankrupt twice but traded out of difficulties

In 1993, Hawaiian Airlines filed for Chapter 11 bankruptcy protection, having lost money for the past three years. It led to a restructure of the business and the airline traded its way out of difficulties with one year. History repeated itself in 2003 when the airline filed for Chapter 11 for the second time. Again Hawaiian Airlines restructured the way it ran its business and it exited from bankruptcy protection in 2005.

From that low point, Hawaiian Airlines never really looked back. Today, as it marks its 90th birthday, Hawaiian Airlines is widely viewed as one of the best domestic carriers in the USA. Its 60 aircraft offer multiple flights around the Hawaiian Islands, to 13 US mainland cities, Japan, South Korea, Tahiti, American Samoa, New Zealand, and Australia.

Not many US airlines have lasted as long as Hawaiian Airlines (RIP Continential, Eastern, Pan Am, TWA, Braniff et al). The airline has dodged a couple of bullets with its brushes with bankruptcy but Hawaiian Airlines looks safely poised to celebrate its centenary in ten years’ time. 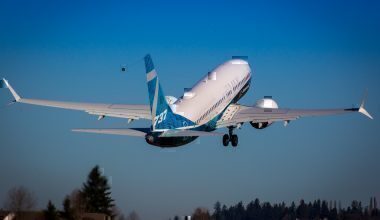