Hawaiian Airlines found itself in a bit of a pickle a few years ago when it pinned its hopes on a fleet of A330s. The rise of Alaska Airlines suddenly opened up the Hawaiian market from the West Coast on 737s serving many smaller markets with direct flights. But Hawaiian Airlines found that these big planes were not only good for flights to Asia but also to provide a lie-flat product from Hawaii to many US mainland destinations. 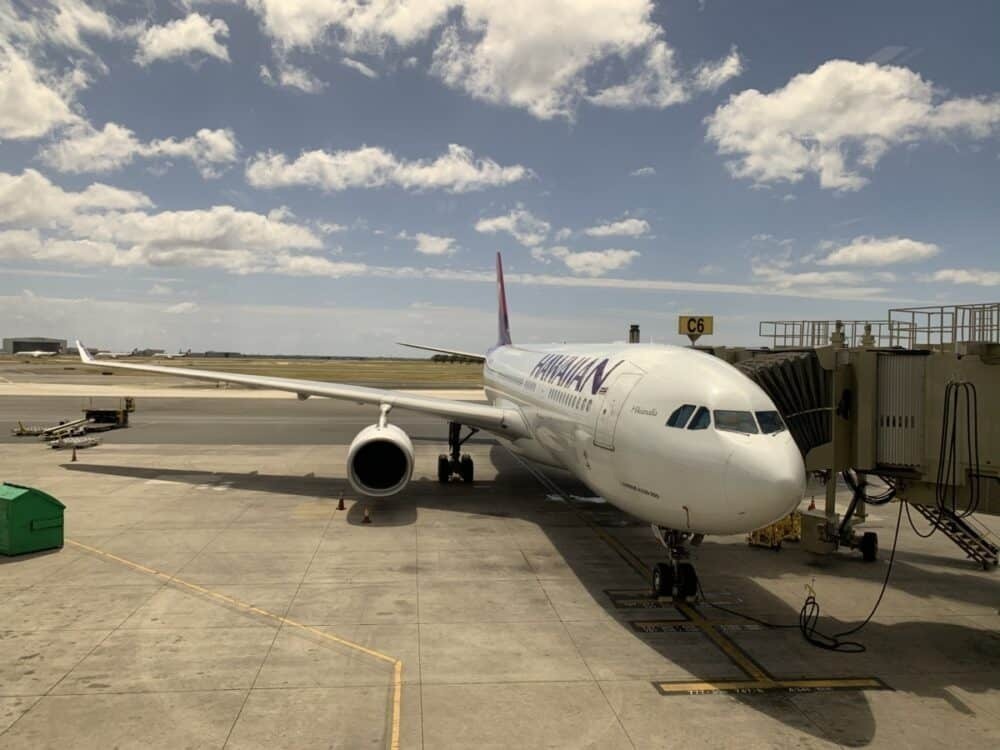 Editors Note: This review was written just before the full onset of the Coronavirus.

The Skyteam/ oneworld side of the San Francisco International Terminal that Hawaiian Airlines uses (like JetBlue) for its domestic flights was deserted. The sole security lines (there are multiple usually) had just a few passengers in the queue. The TSA Precheck line wasn’t even open.

I used the Virgin Atlantic lounge at San Francisco airport. It impresses with wonderful interior design, especially on this sunny morning. However, the breakfast spread isn’t great or high quality. But, with just four passengers in the lounge, it still felt like a first class experience! 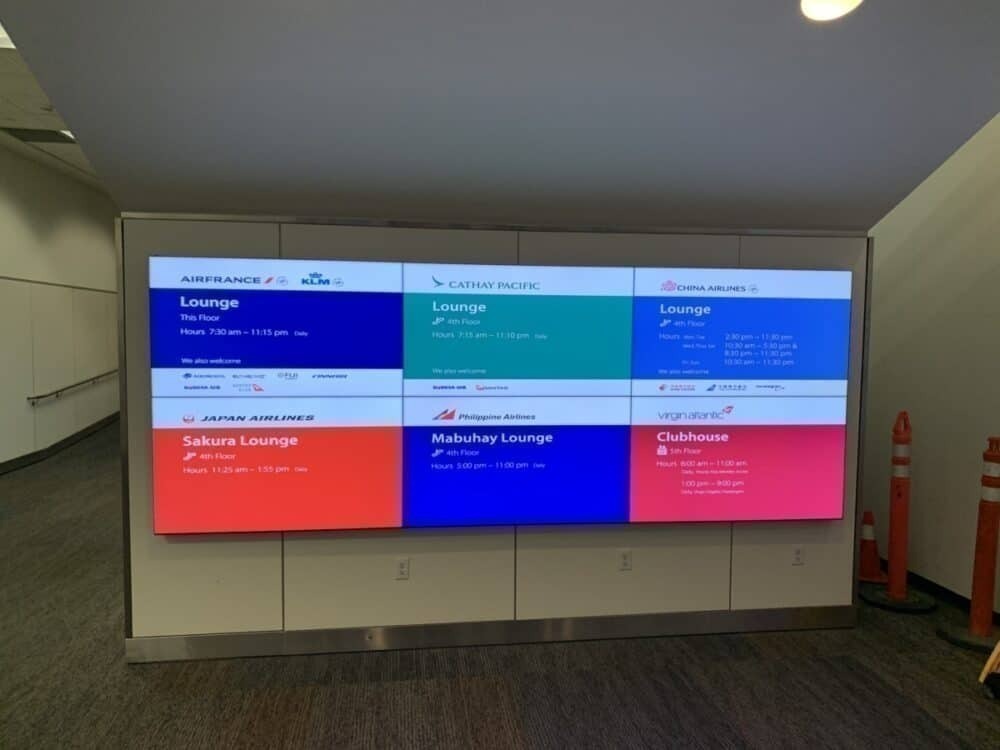 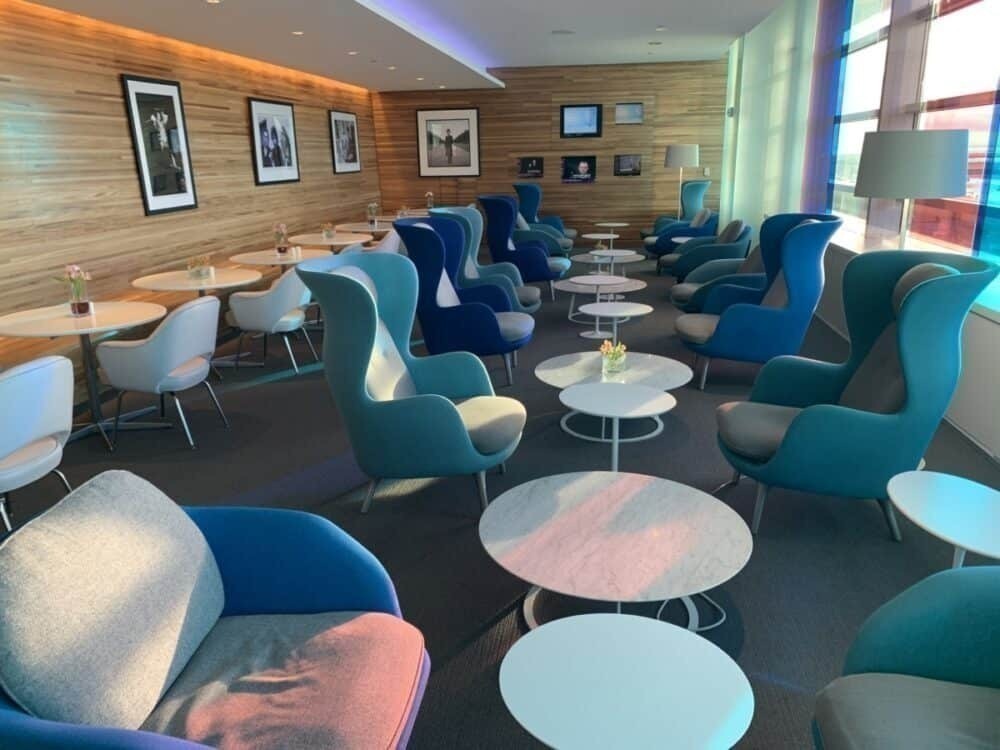 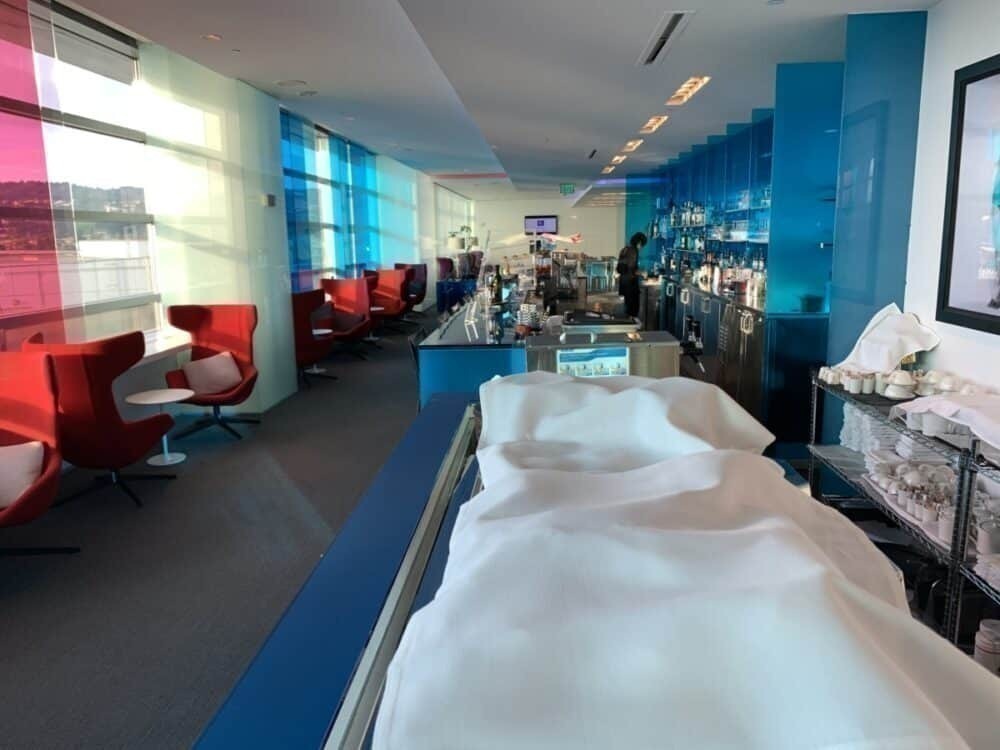 Boarding was right on time and moved quickly. Despite rising concerns over Coronavirus, the plane was almost 100% full in economy class and business (first class). 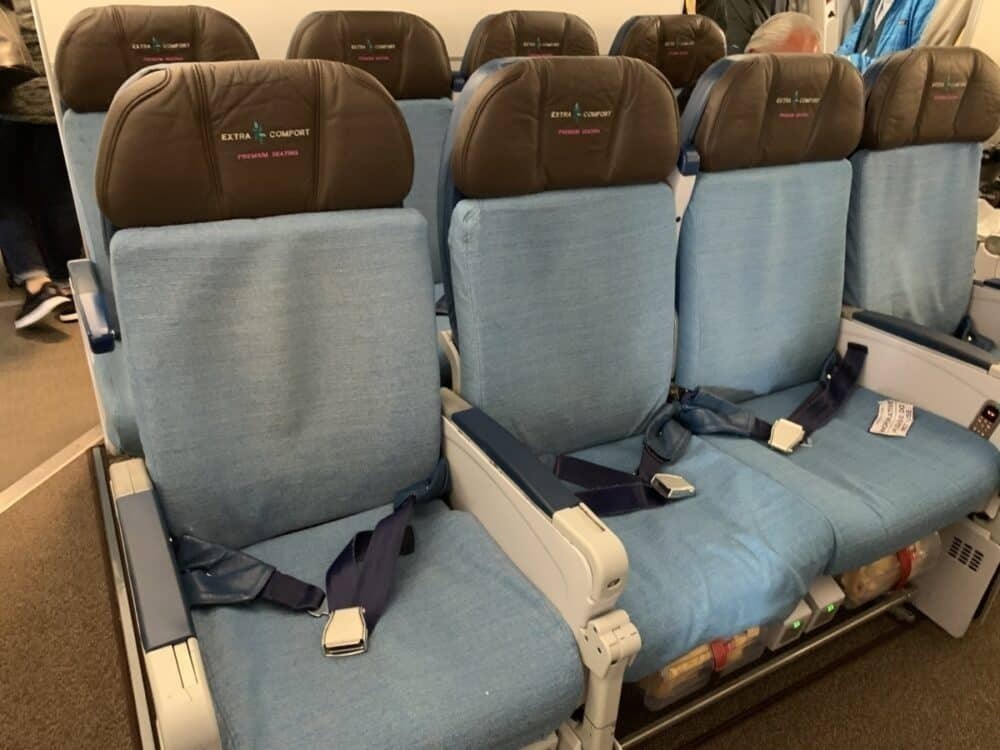 Hawaiian Airlines has decided in favor of a rather unique model of lie-flat seats. It comes in a slightly staggered 2-2-2 configuration. The annoying part is the footrest or ottoman. It restricts foot space when getting into your seat (especially when sitting near the window). Even worse, the floor is not really even, and the area around it is elevated, making it super easy to lose your balance when getting in and out.

This is simply a safety hazard. Virgin Atlantic’s misguided business class seat on the A340s and B787 has a similar issue. 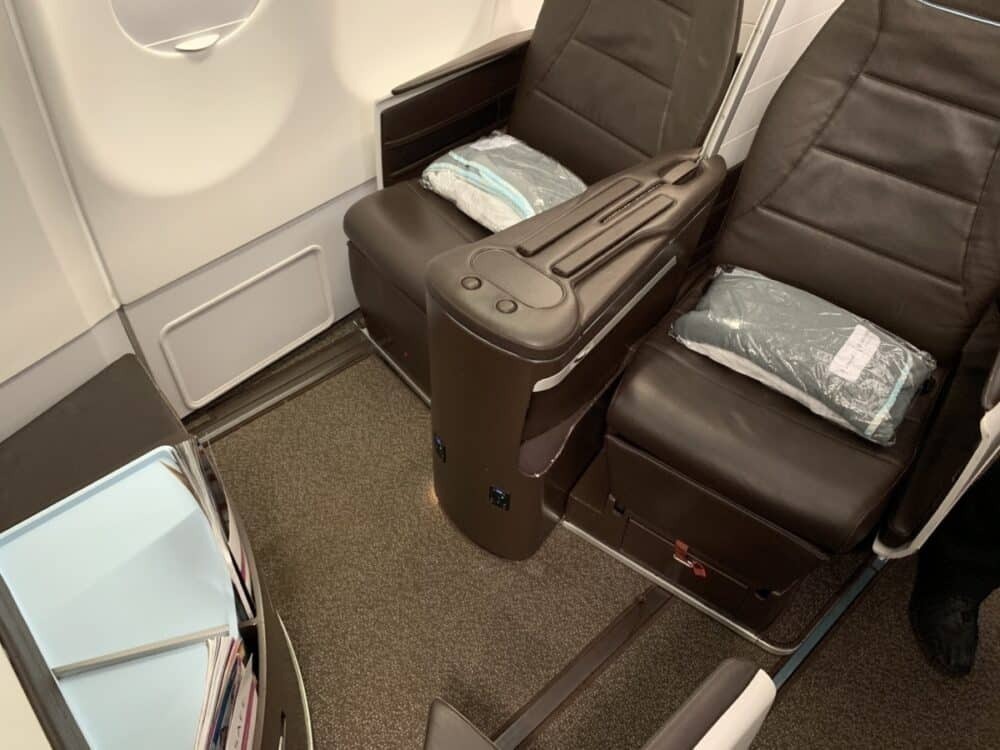 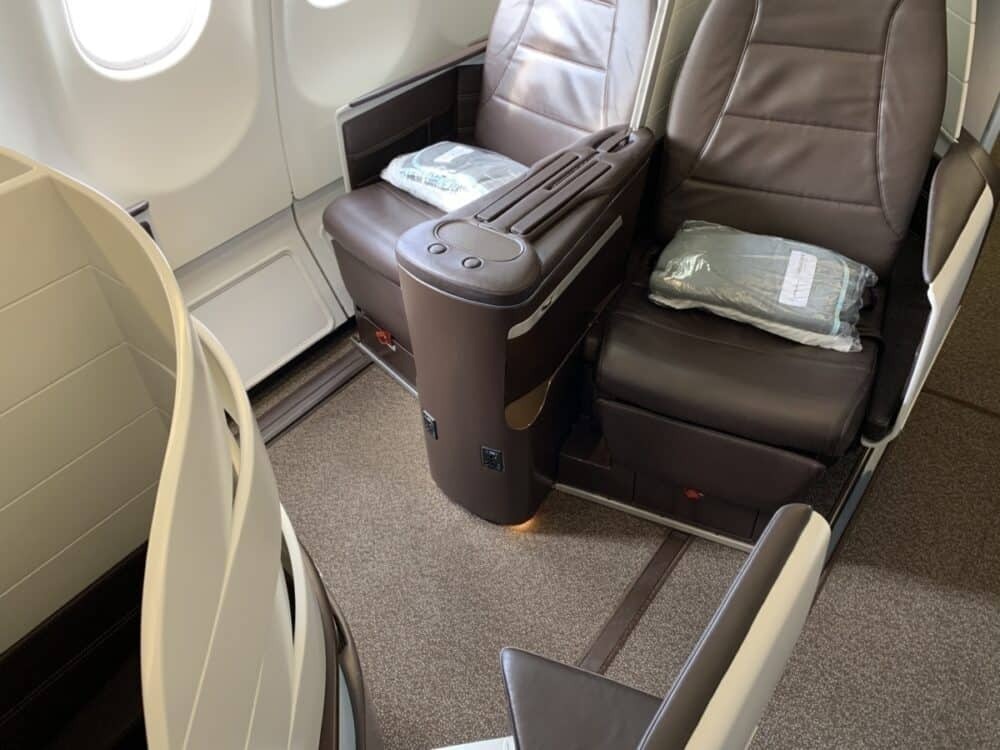 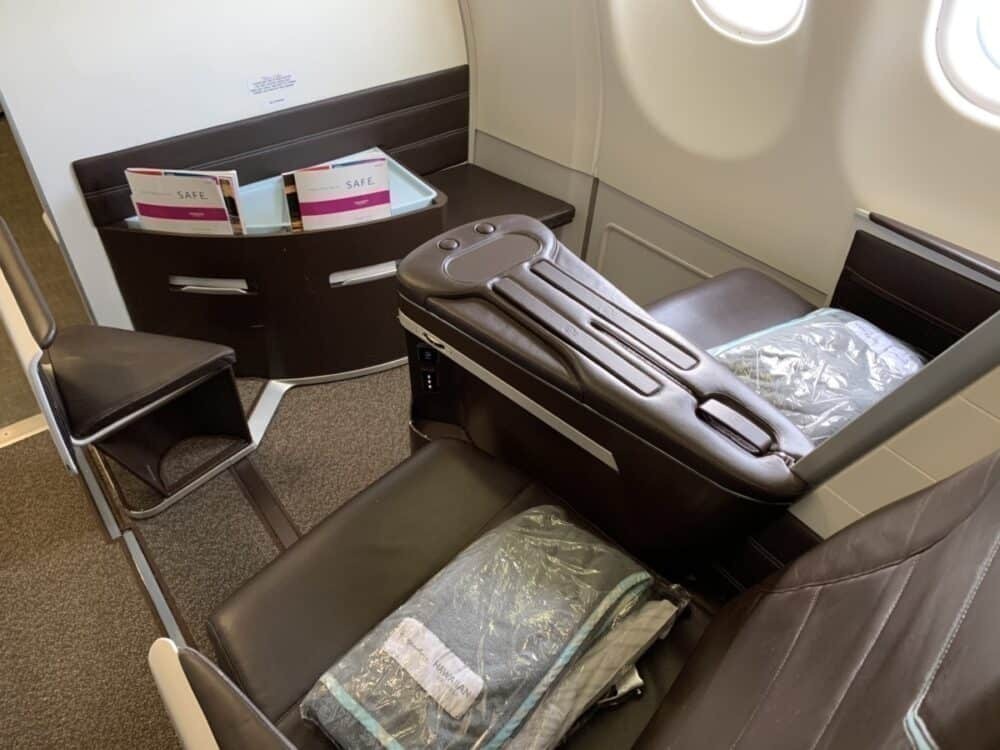 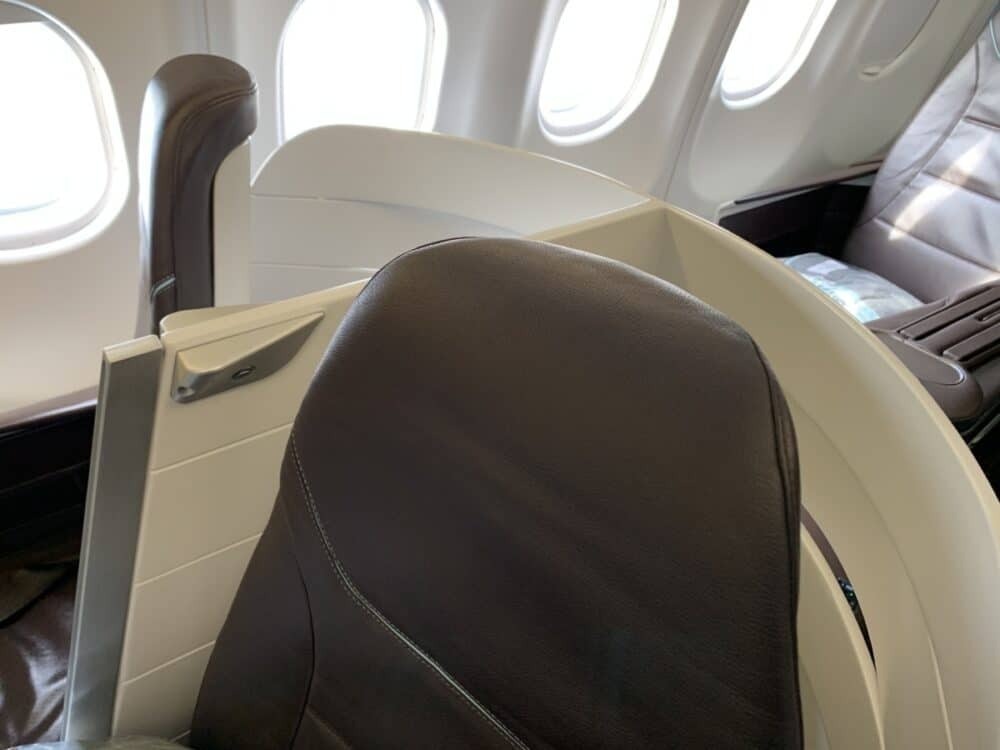 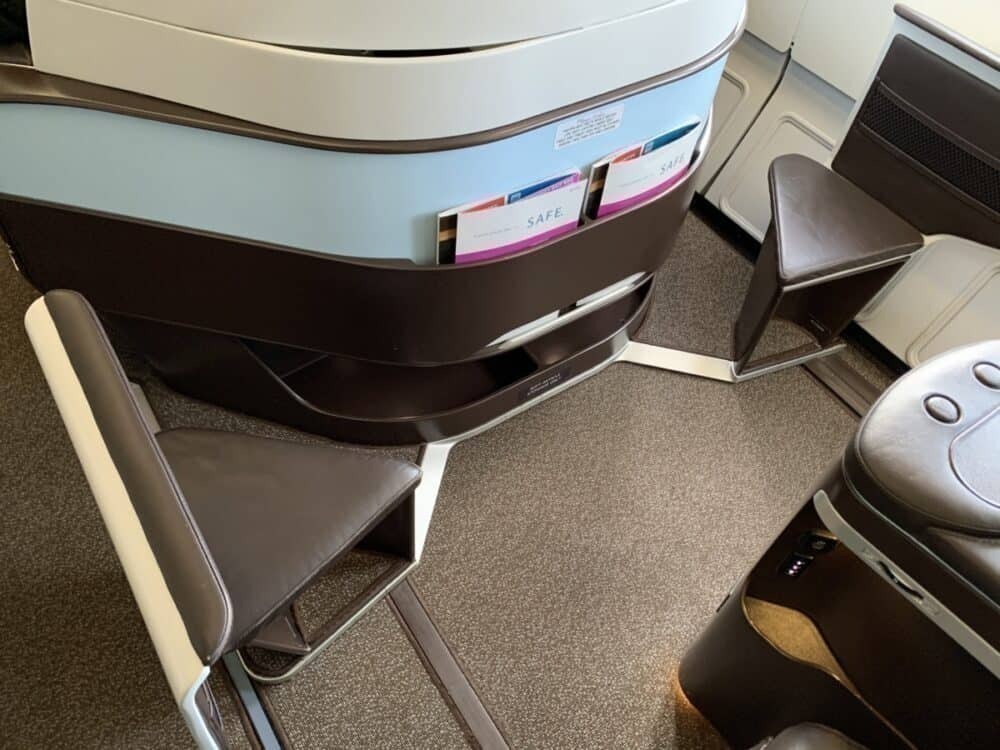 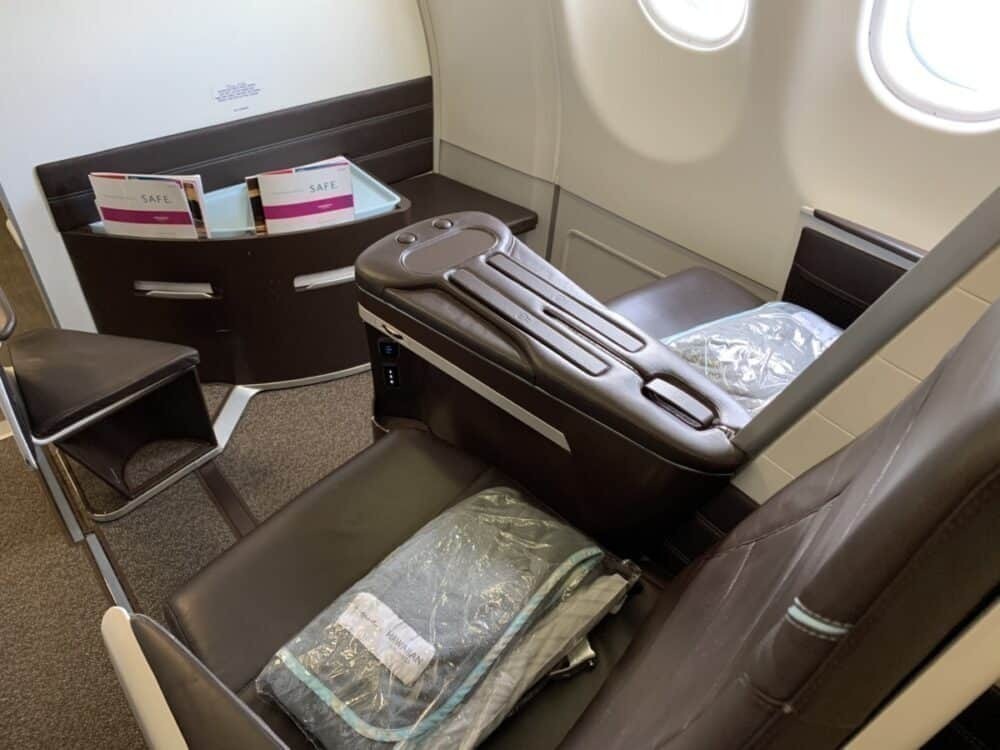 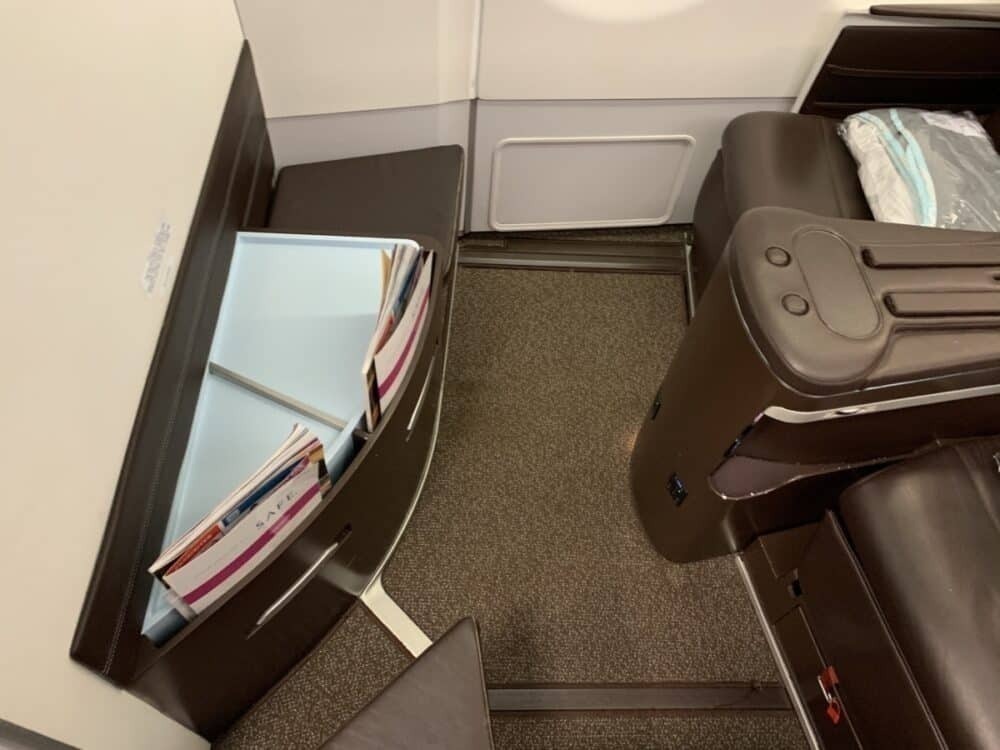 There also is no storage area when settled into your seat – like none at all. Also, there is just ONE switch to operate the seat (pictured).

What’s great, though, is that there is ample seat width and plenty of pitch. 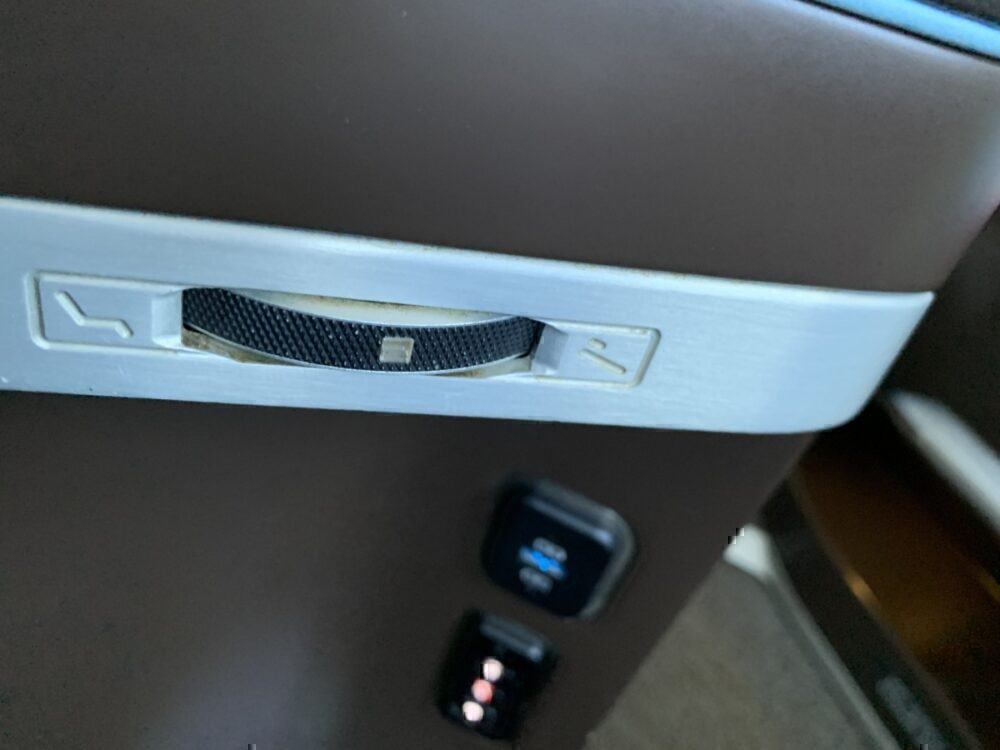 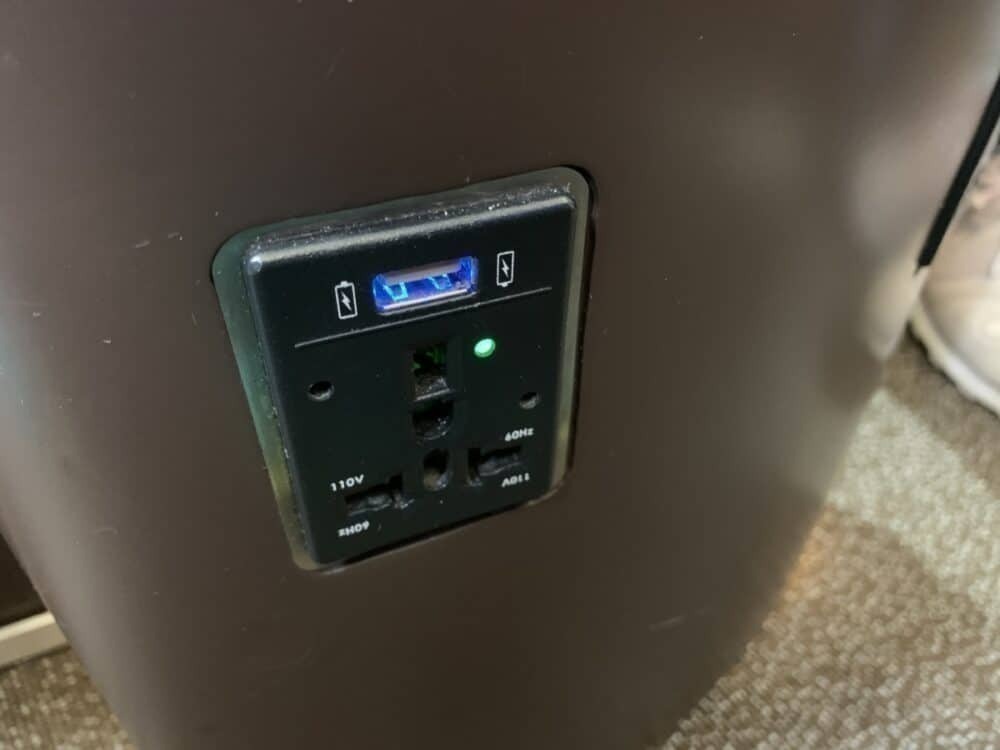 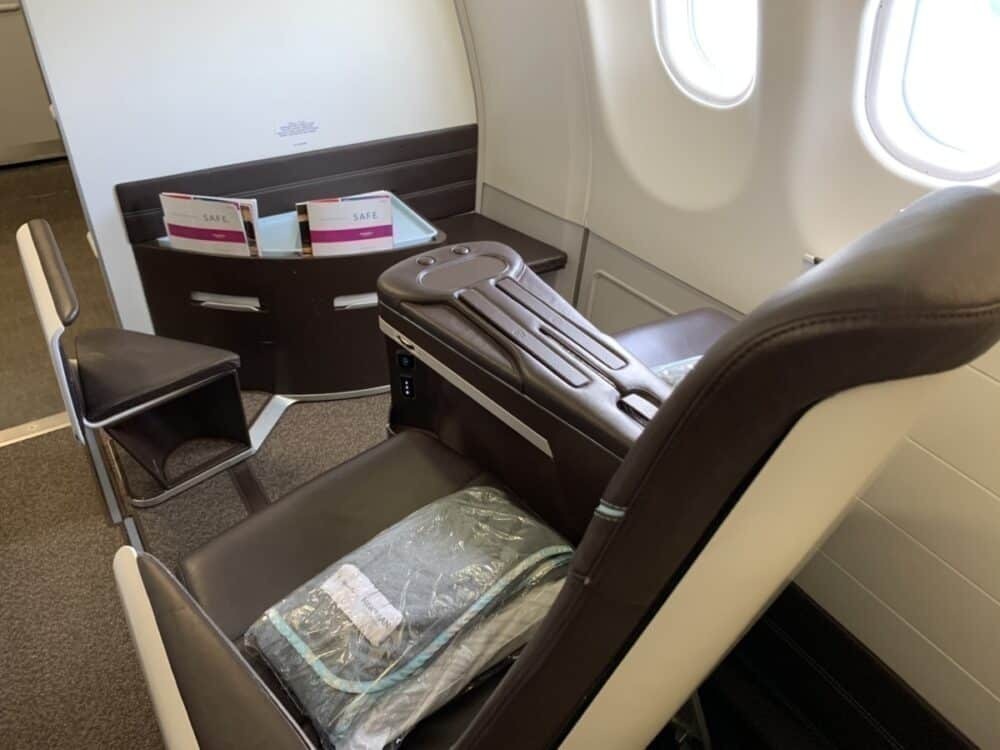 For a while, I was taking video and pictures, and then it hit me – something was amiss. There were no TVs – simply no screens in the whole cabin. Whoops. Did someone just steal them?

I was quickly informed that there would be iPad Pros instead that would be handed out later after takeoff. While I rarely use the inflight entertainment system, I always enjoy the airshow. That wasn’t available on the iPad that was handed out, and I found the selection of movies/TV shows to be disappointing. There was also no WiFi on this flight. Oh well. 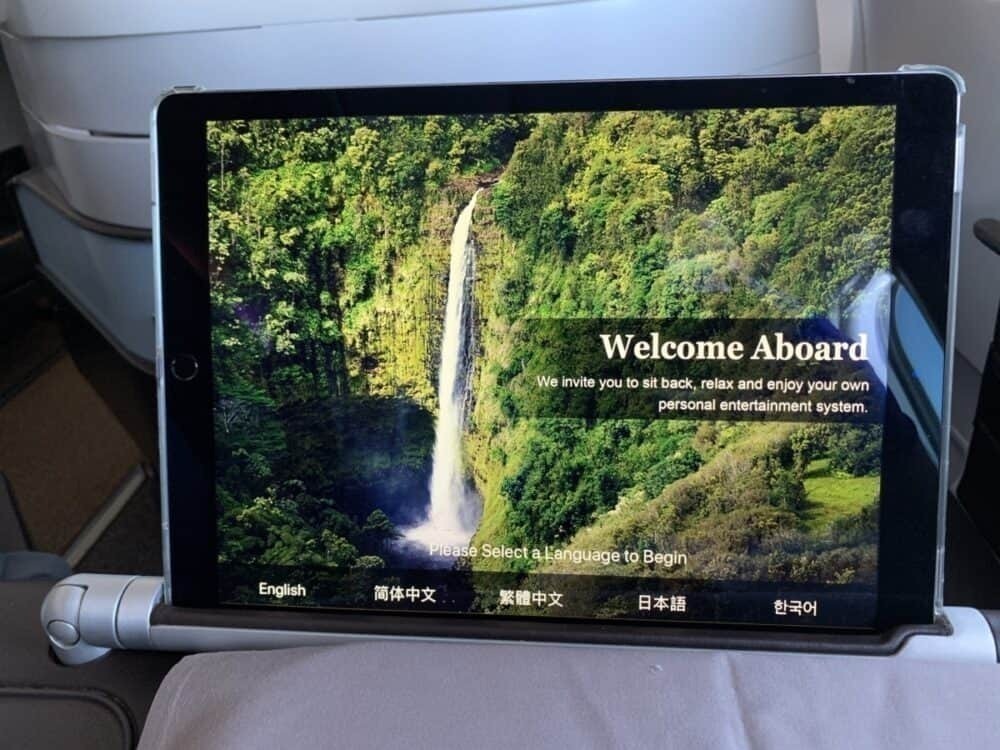 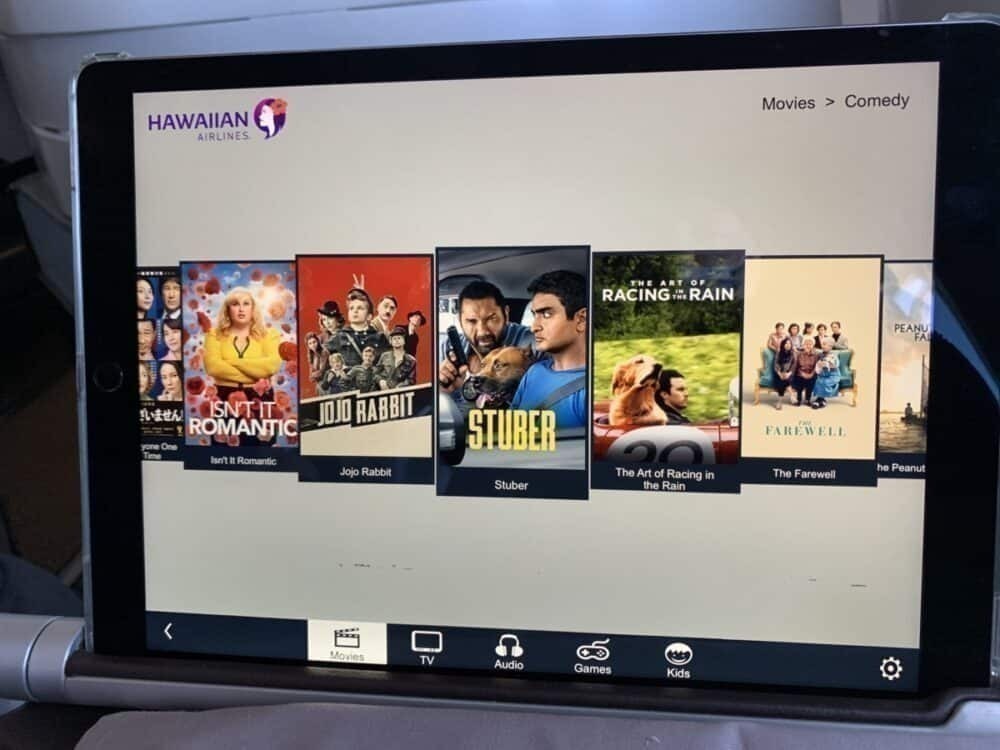 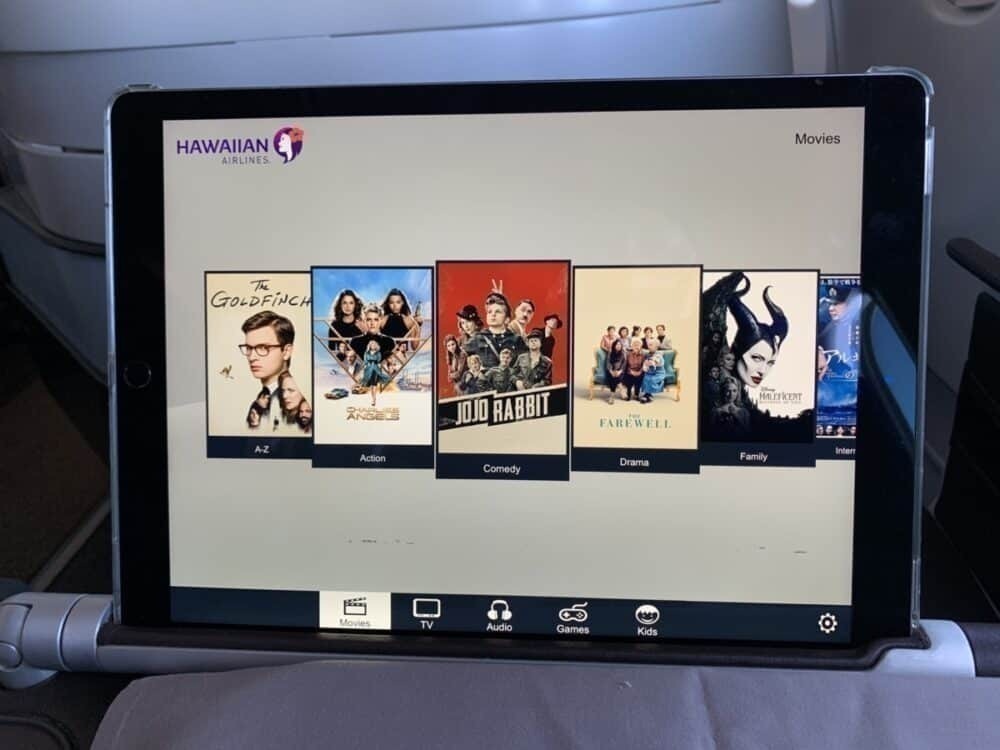 It took a good 45 minutes (despite no turbulence initially) for the after takeoff drinks and nuts to come out. The macadamia nuts were delicious (as usual), and the sparkling wine undoubtedly drinkable. 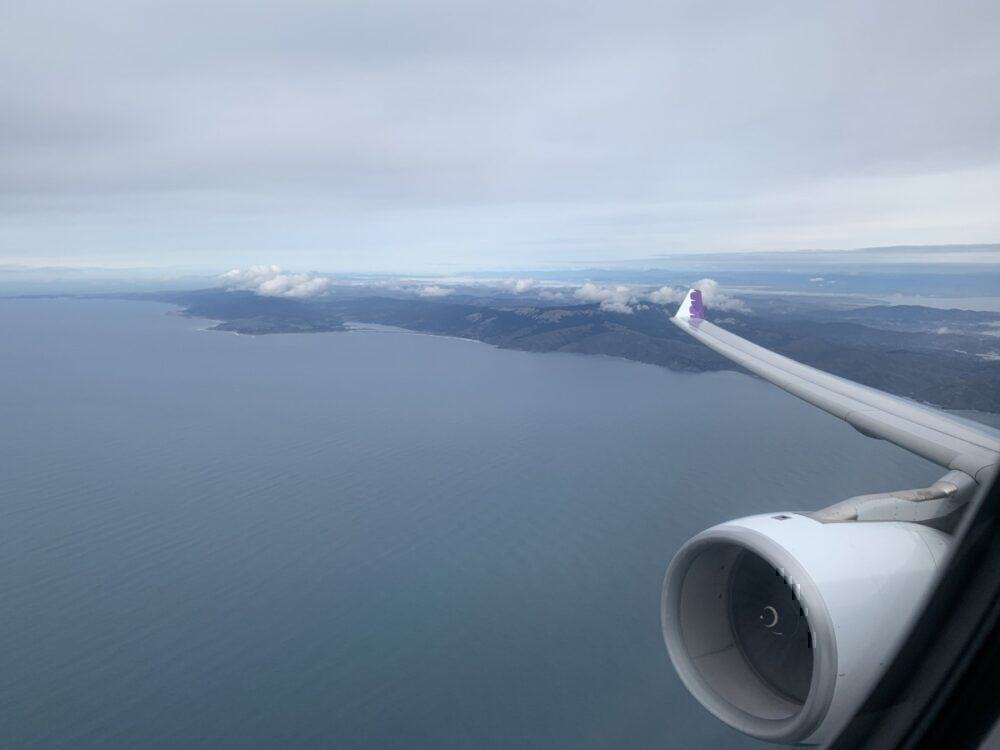 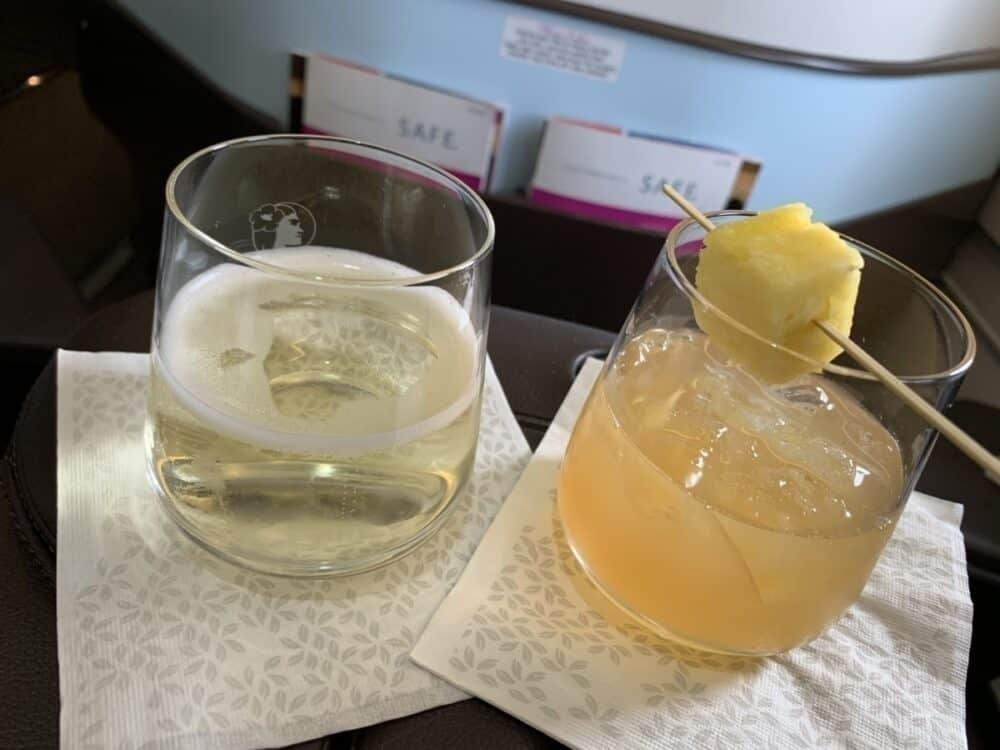 I was happy to find out that lunch would be served instead of breakfast (usually miserable on a plane). I selected the vegetarian options from the menu. They sounded quite delicious! 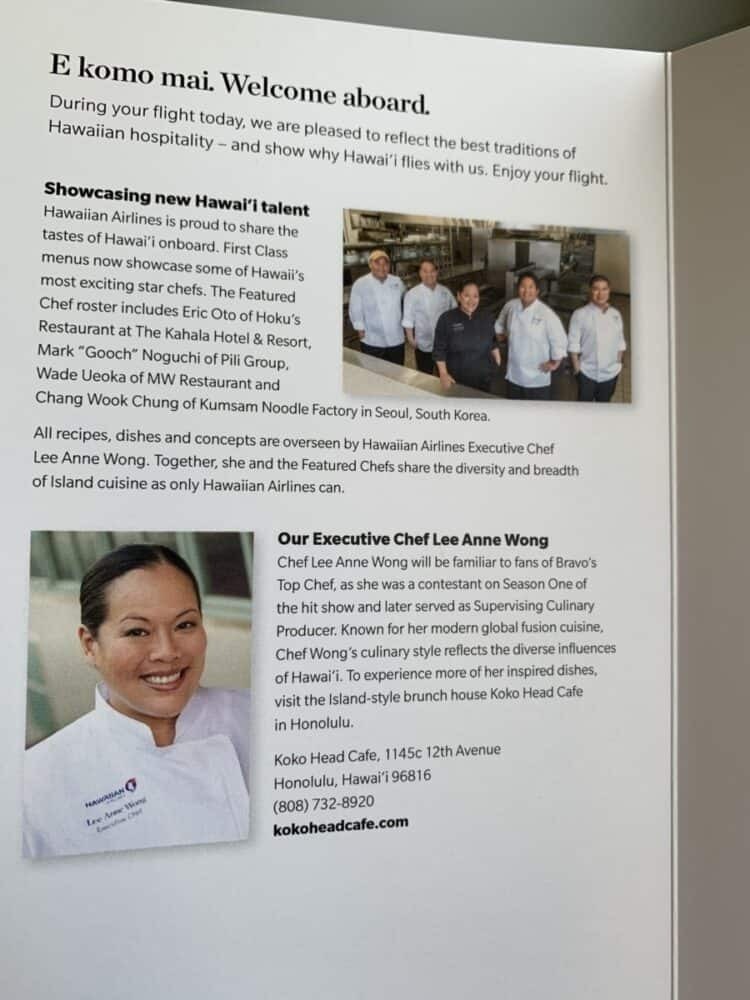 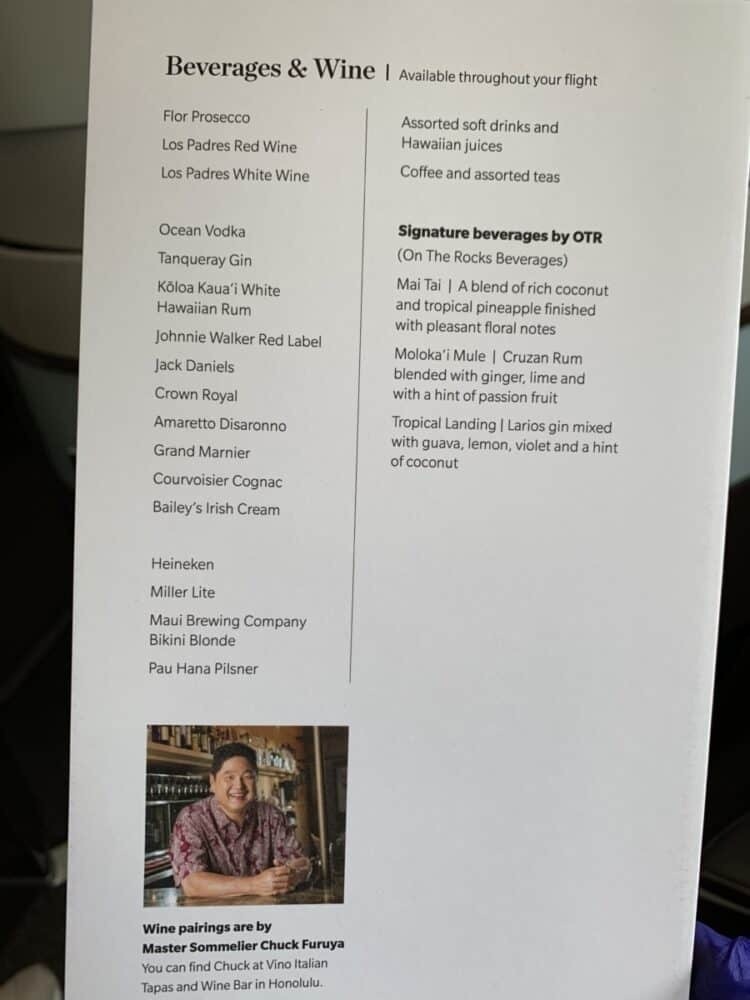 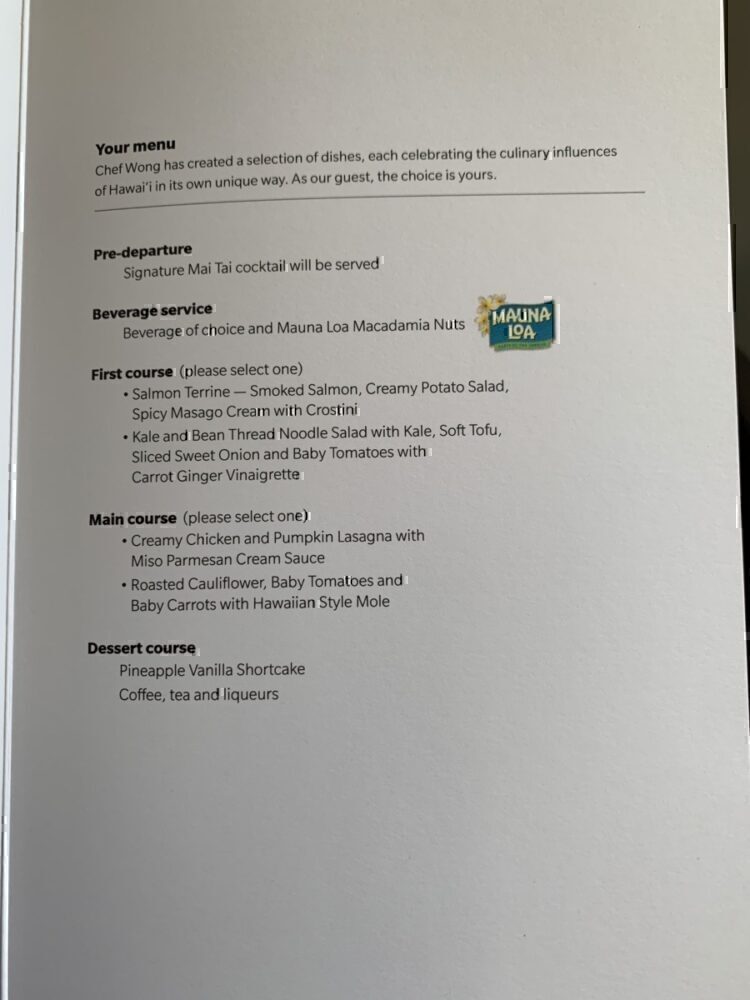 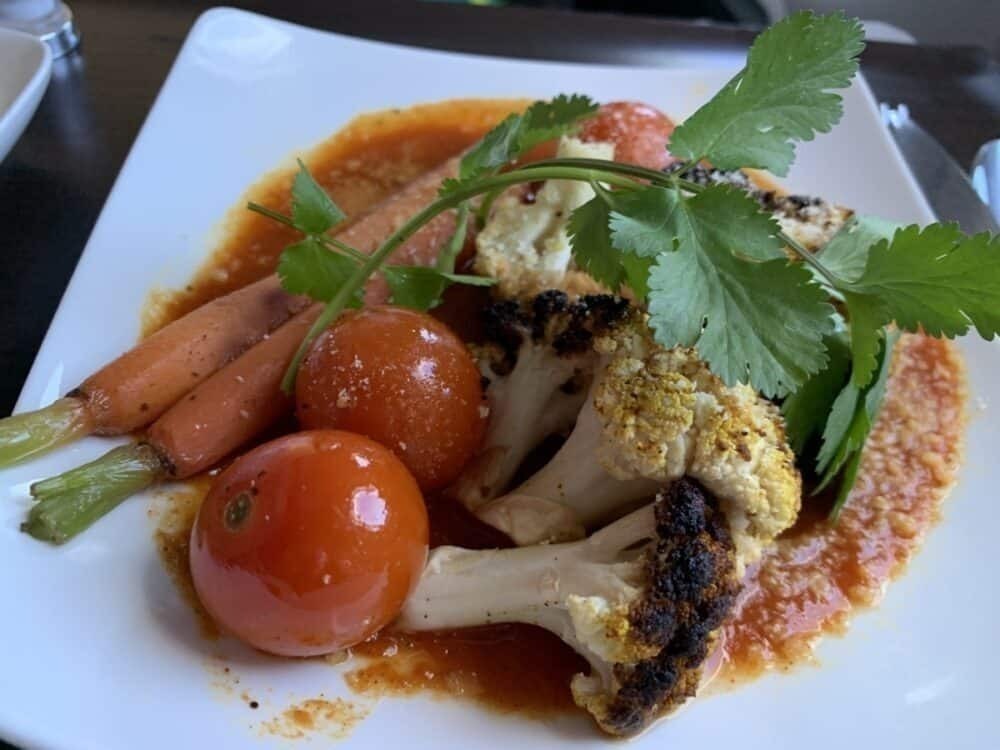 However, both the appetizer and main course were bland and tasted ‘off.’ I felt it was fresh, but I also thought they were a long shot away from how I expected them to taste. Both were small portions too.

I liked the dessert, which came with plenty of additional digestif alcoholic options.

After the meal service, the window shades went down, and I was curious to try the lie-flat seat properly. I had low expectations at this point as the whole seat design seemed rather clunky. 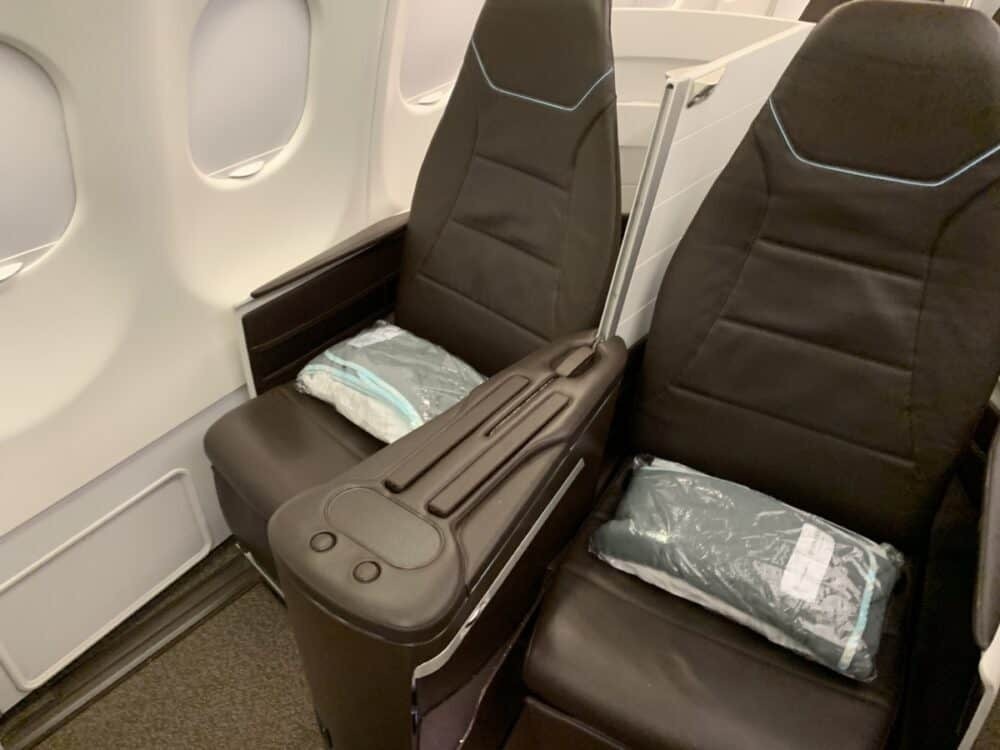 That turned out to be completely wrong – once the seat folded to a 180-degree flat bed, it was very spacious, and I had no trouble stretching out. I’m quite tall and like to turn a lot when sleeping, but this seat was perfect.

Finally, the ‘weird’ ottoman began to shine. In fact, I felt it was as spacious as any business class seat – more equal to Cathay Pacific business class (still my favorite). 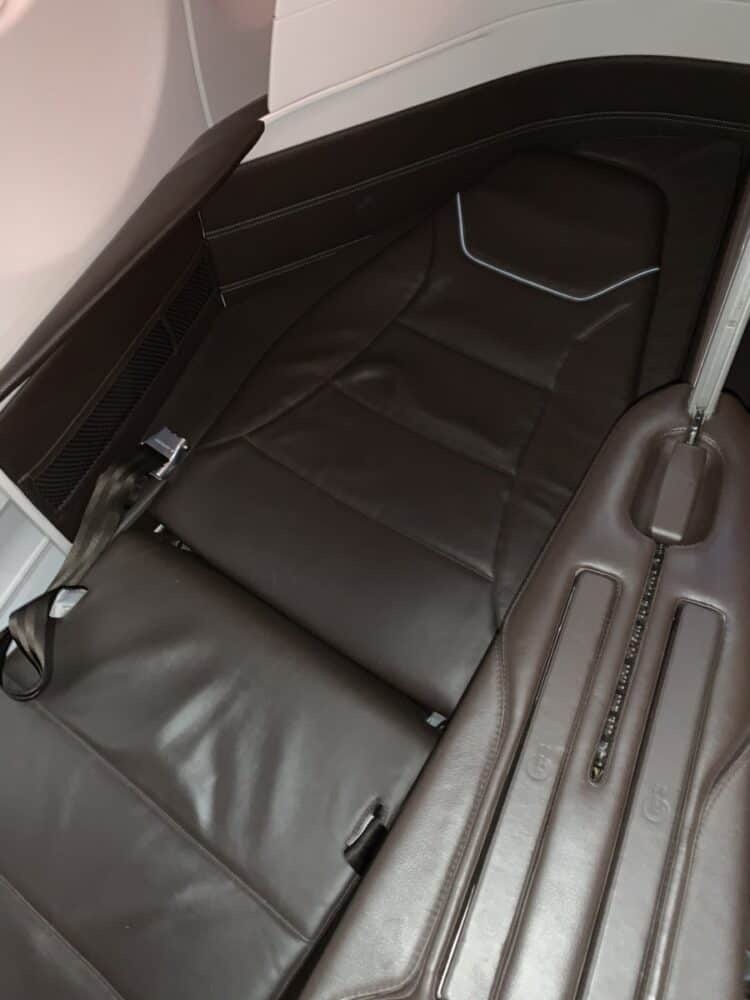 I slept well for almost three hours until several loud announcements woke me up. We were still 46 minutes out – these could have been left for later when our actual descent would start, no?

Our landing was fast and furious into the very windy Honolulu airport but was perfectly executed by our experienced pilots.

In summary: I was positively surprised by the Hawaiian business class seat. It’s pretty good for sleeping – I was amazed by how I liked it for just that. Otherwise, Hawaiian Airlines is a long way off from an International business class as catering, inflight entertainment, and staff need a lot of work. Some WiFi would be great too. Still, I’d happily continue to Asia for a red-eye on these seats.

Try Mighty Travels Premium for free for 30 days and learn how you can travel in business class and stay in 5-star hotels for very little.

This article is sponsored by Mighty Travels Premium.