Hawaiian Airlines will restart the world’s longest regularly scheduled domestic flight to Boston from Honolulu. This comes as, from December, the airline anticipates operating its full 13-city US mainland network.

Daily nonstop service between Honolulu and Long Beach will round out Hawaiian’s rebuilding of its mainline network with flights to all 13-city US cities, though not necessarily at the same frequencies as pre-crisis.

“We’re pleased with increased demand for travel to Hawai‘i, and we’re excited to once again offer our East Coast guests the convenience of our nonstop flights as we welcome them to the islands with new health and safety measures.”

Resuming services to and from Hawaii

Hawaii only recently reopened with quarantine exemptions for passengers with a negative, approved test within 72 hours the final leg of departure. Hawaiian Airlines has partnered with Vault Health to offer passengers a PCR saliva test before departing.

Available for all travelers, the test kit will be mailed overnight to customers who will self-collect the sample with assistance from a testing supervisor via video call. The kit is then express shipped overnight to a lab that analyzes the sample and provides results electronically within 24 hours of receipt, streamlining the pre-arrival testing process.

For flights to Boston and New York, Hawaiian Airlines will utilize one of their Airbus A330-200s. These aircraft have room for 278 passengers onboard with 18 in lie-flat first class, 68 in extra-legroom coach, and 192 in standard economy.

Flights from LIH and OGG to the mainland are on Airbus A321neo jets. These planes seat 189 passengers with 16 recliner-style first class seats, 44 extra-legroom economy seats, and 129 standard economy seats.

Hawaiian Airlines has had a tough time thus far. While other airlines could capitalize on a rebounding domestic market in June, July, and August, Hawaiian had to contend with travel restrictions limiting passengers going to and from Hawaii.

In recent weeks, Hawaiian Airlines also announced it would suspend its ‘Ohana ATR service, triggered as a result of mainline furloughs.

Now, with Hawaii reopened for tourism, international borders shut around the world for Americans, and the carrier’s status as a premium leisure airline, it hopes that it can head back towards profitability. The airline also has a partnership with JetBlue, so it can access some connecting feed out of both Boston and New York, which should help fill a few more seats while also picking up the origin and destination travelers.

Are you going to fly on any of these reinstated Hawaiian Airlines routes? Let us know in the comments! 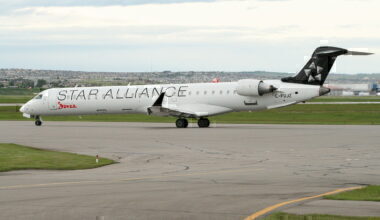