Just a few weeks ago, Hawaiian Airlines was announcing additional job cuts. Now, in a bit of good news, the airline is drastically reducing the number of employees it expects to involuntary lay-off. In July, Hawaiian Airlines was looking at laying-off thousands of workers. They revised that number upwards in August. But the airline has changed course, saying far few workers will face involuntary redundancy.

The good news comes as Hawaii announced a relaxation of its mandatory 14-day quarantine rule. In mid-October, Hawaii starts a pre-arrivals testing program. Inbound travelers who have taken an FDA-approved COVID-19 test within three days of traveling to Hawaii will get to skip mandatory quarantine.

Passenger traffic on Hawaiian Airlines is down 90% overall compared to 2019. But the easing of quarantine rules should see more people on planes bound for the islands. That, combined with more voluntary reductions and early retirements than expected, has brightened the outlook at the airline’s Honolulu HQ.

According to a report Honolulu’s Star-Advertiser, three factors were driving the good news. The airline is optimistic about demand picking up again. Further, a large number of employees have opted for voluntary redundancy and early retirement. Finally, there’s hope for a further round of payroll support from the government.

A tough year for Hawaiian Airlines

It’s been a tough year for Hawaiian Airlines. Ten million tourists a year come to the islands, dropping nearly $18 billion into the local economy along the way. Usually, Hawaiian Airlines gets a healthy slice of those tourists onto their planes. Not this year. The tourism industry was more or less shut down when the islands closed up shop to keep COVID-19 out.

Along the way, passenger traffic and revenue on Hawaiian Airlines crashed. In the two months to August 31, passenger demand fell 87% compared to the same time last year, and revenue passenger miles were down 96%.

In addition to laying off thousands of employees, Hawaiian Airlines was also working to raise cash. They’ve banked US$114 million through the sale and leaseback of two Airbus A321neo aircraft. In late July, Hawaiian Airlines issued over $250 million in bonds secured against eight more Airbus planes. The airline also has $364 million available in Economic Relief Program loans offered under the CARES Act.

Rays of light on the horizon for Hawaiian Airlines

But there are some rays of light on the horizon. The easing of quarantine restrictions and reducing the number of Hawaiian Airlines employees involuntary laid off is good news for the state. There are also signs of more international flights coming in.

Hawaiian Airlines said a few days ago it would restart its services to Japan. The initial flight will only run once a week, but it is nonetheless a start. Competitor All Nippon Airways is also talking about resuming its Honolulu route.

Meanwhile, Hawaiian Airlines is hoping things improve over the remainder of the year. For the thousands of workers spared involuntary redundancy, things are looking up already. 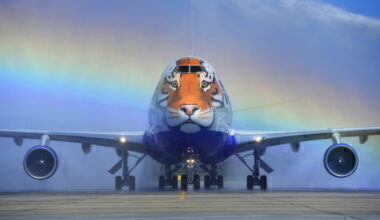 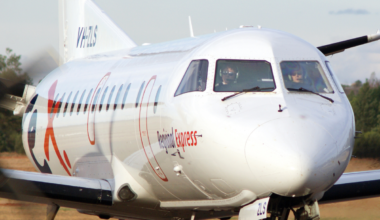