Earlier this week, Embraer managed to break its record for the fastest transatlantic flight between South America and Europe. Its aircraft, which is now integrated into the Helvetic Airways fleet, completed the journey in just over nine hours on Thursday.

There are many reasons why the delivery of HB-AZE, an Embraer 190-E2, will be remembered. Not only did it mark the 1,600th delivered E-Jet, but it also crossed the Atlantic Ocean in record time.

On July 2nd, as part of its delivery to Helvetic Airways, the E190-E2 left Natal International Airport in Brazil at 06:37 local time (10:37 UTC) and began its trip to Zurich, Switzerland. The journey was planned as a direct trip covering nearly 7,500km in total. That seemed like it would be a big ask for the 110-seater, but the aircraft and its crew rose to the challenge without issue and broke a record in doing so.

The E2 touched down at 20:40 local time at Zurich Airport (19:40 UTC) after a flight time of nine hours and 10 minutes. In total, the aircraft had covered 7,488km. Helvetic Airways shared its delight and surprise at the new record on Facebook. In a post, it said,

“[These] numbers are more usually associated with a long-haul aircraft than with a short- to medium-haul jet.”

A comparison to other subsonic transatlantic crossings

The E2’s crossing is undoubtedly a success for the size of the jet; however, Helvetic has said that the journey does not accurately represent passenger flights. It would not be able to perform this quickly within a commercial setting. With the added weight and varying weather conditions, HB-AZE would take a more leisurely flight.

On this occasion, the airline thanks to prime meteorological conditions for its success. At the end of the day, it doesn’t matter so much how it was achieved: a record is a record.

As far as subsonic transatlantic crossings (at any latitude) are concerned, Helvetic Airways’ E2 is quite a way off from being the fastest ever recorded. British Airways currently holds the record. The UK-based airline flew between JFK in New York and London Heathrow in four hours and 56 minutes in February. Again, for its success, BA must thank freak weather conditions. Flight BA112 would not have been possible without strong nudges and tailwinds from Strom Ciara earlier this year.

Who are Helvetic Airways?

Helvetic Airways is a Swiss regional airline that operates in a select few destinations in Europe. Established in 2003, it began operations as a low-cost carrier with Fokker 100 aircraft. It’s fleet and route network soon grew, and by 2014, it was taking on Embraers and saying goodbye to the Fokker.

Currently, Helvetic Airways has a total of 16 aircraft, according to Planespotters, which are currently parked due to the coronavirus. The majority of its fleet is comprised of ERJ190, of which it has 11. It also owns five E190-E2.

More of the newer E2 jet are on their way to the airline. Helvetic has a firm order for 12 E190-E2, which it placed at the end of last year and purchase rights for another 12, which could see it own up to 24 E2 aircraft. 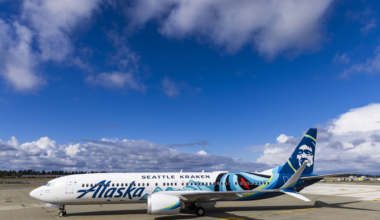 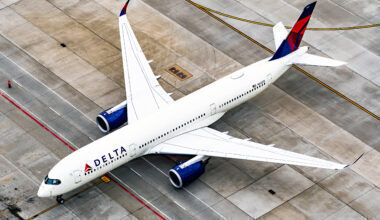 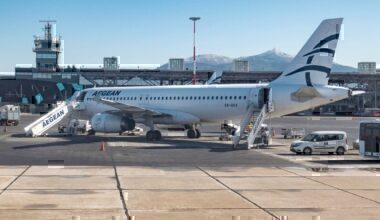 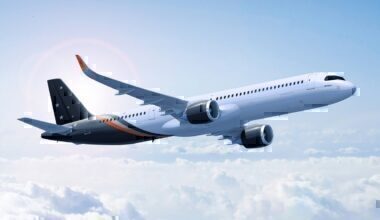