Over the past few weeks has been rumours who will be leasing the first of Hi Fly’s second hand A380s.

Wait, what is Hi Fly?

Hi Fly A380 with a save the coral reefs livery.

Hi Fly is a charter airline based in Lisbon, Portugal and they lease out aircraft on medium to long term leases to airlines who need the aircraft, tour operators, governments, companies and individuals. In the summer of 2017 Hi Fly became the first ever airline to order two A380’s second hand. These A380’s were bought from Singapore Airlines. The first of their two A380 aircraft was delivered in July 2018.

Air Austral To Lease First A Hi Fly A380:

Update: The A380 is first going to be chartered to Thomas Cook for a one off flight.

According to reports by aero.de Air Austral is going to be leasing an A380 from Hi Fly for their Réunion – Paris route starting in September 2018. For those who don’t know Air Austral is an airline for Réunion which is a french overseas territory based of Madagascar. Interestingly, the main airport on the island: Roland Garros Airport was tested for A380 flights in 2009. Also, Air Austral did actually have 2 A380’s on order which they were going to operate in a 840 seat all economy configuration however they cancelled this order in 2016.

What an Air Austral A380 could have been like if they went through with the order.

The leased A380, especially for premium passengers is going to represent a significant upgrade for passengers booked on Air Austral’s current business class.

Why are they leasing an A380 from Hi Fly?

Air Austral have been having issues with their 787 engines. They have already had to temporarily replace a 787 with a Hi Fly A330 on their Reunion – Mayotte and Reunion – Bangkok route.

As you know, Hi Fly have ordered two ex Singapore Airlines A380’s – with the first one being leased by Air Austral – who could lease their other A380?

There are two reasons why an airline would lease an A380:

Demand: The first is that the airline has demand for this added capacity. As HiFly hasn’t changed the planes internal configurations from Singapore Airways, there are still 471 seats on board. As some of these are premium seats (Lay flatbeds), so a potential renter would have to be an airline that features a premium ticket category.

Desperation: An airline would be desperate for this high-capacity plane. Such as, an airline that has similar size planes on order (and have yet to be delivered) or an airline that has recently had their capacity reduced (such as having problems with 787 Dreamliner and had to cancel services).

So with this in mind, here are some airlines who could lease the other A380:

Turkish airlines: they’ve always been rumoured to be looking at purchasing a few A380s, and this could be the perfect chance for them to trial the craft and see if it integrates well into their airline. They are also not doing very well financially so it may not make economic sense.
Swiss airlines: currently running a twice-daily service to Miami, they could easily swap out their two A330s for one Airbus A380, allowing them to redeploy the other plane somewhere else.

Norwegian and Virgin Atlantic: both are currently having problems with their 787 Dreamliners, thus would be very happy to replace them with an A380. Furthermore, Virgin Atlantic did have A380’s on order which were cancelled. 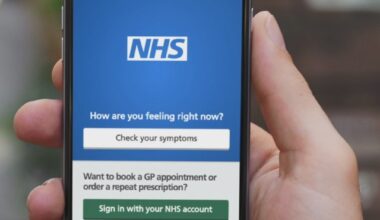 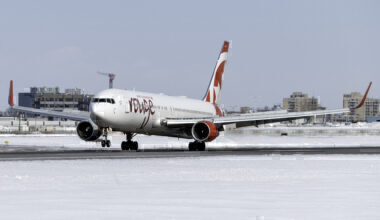