Simple Flying recently had the pleasure of a sit down chat with CEO of Portuguese wet lease airline Hi Fly, Dr. Paulo Mirpuri. Of course, the topic of airline emissions came up, during which he revealed that Hi Fly aims to be carbon neutral by the end of next year. Here’s how he’s looking to achieve this.

The path to carbon neutral operations

Airlines all over the world are looking to do what they can to shake off the negative association between flying and CO2. While IATA promises a 50% reduction in carbon emissions, IAG has gone one better and aimed to become carbon neutral. easyJet and JetBlue are offsetting their emissions and others are encouraging passengers to do the same.

Portuguese wet lease airline Hi Fly is well known for its eye-catching liveries, promoting the preservation of the natural environment and an end to plastic waste. Indeed, the airline is committed to plastic free flights, and its founders, the Mirpuri family, spearhead the Mirpuri Foundation, a not for profit organization working to improve the world around us.

But what about the airline itself? What is Hi Fly doing to tackle its own carbon emissions, and when will it achieve carbon neutrality? We asked Dr. Paulo Mirpuri in a recent interview just that, and his response was,

How will Hi Fly achieve this?

Carbon neutral operations in less than two years is impressive. Dr. Mirpuri went on to explain how the airline is looking to achieve this, saying,

“We are working pretty hard in that respect. There are many things that we are doing. On one side, we are innovating our fleet to incorporate more efficient aircraft. This is the reason we are bringing in the A330neos. We are investing in new technology too; I expect to be able to announce more about this later in the year.”

Hi Fly took delivery of its first A330neo in the latter part of summer 2019. The airline has a total of 10 to be delivered from Airbus, complete with a beautiful Hi Fly livery and unique interiors too. It’s a far cry from the gas-guzzling A340s that the airline has previously operated, usually in all-white livery and with old Emirates interiors.

The incorporation of new technology is interesting too, but Dr. Mirpuri wasn’t keen to tell us more at this stage. He said,

“It’s confidential, for the moment. What I can tell you is that we have been working for three or four years on this technology. It will reduce carbon emissions by up to 10% on each aircraft.”

Intriguing for sure. Dr. Mirpuri was confident that the airline would be able to reveal more about this tech later in 2020, perhaps with an announcement at Farnborough Air Show.

What about carbon offsetting?

Many airlines are involved in carbon offsetting of their flights, and this is increasingly being seen as the best short-term solution to reaching carbon neutral goals. Dr. Mirpuri explained that, through operation efficiencies, investment in new aircraft and all the other hard work the airline is doing, it should be able to cut its CO2 emissions in half. However, there are still emissions from flights, and the only way to become carbon neutral will be to offset them. He explained,

“We are working on a large scale program that will allow us to offset our emissions. Without going into too much detail right now, I can tell you that we are very linked in with our ocean regeneration program.  We have a team of scientists working on linking carbon offsetting with ocean regeneration.

“Ultimately, what this means is that, once implemented, the program will create reforestation of dead zones in the ocean. Out there, those algae plants will capture carbon. Hopefully, this will be measurable, can be certified and will be able to offset all of the Hi Fly emissions. If the program is successful, we hope to make it available for many more airlines.”

An interesting concept, and something that could be very interesting for the future. Oceanic reforestation is far more likely to result in long term changes, as algae forests are less prone to deforestation than trees planted on land are. It will be interesting to see if Hi Fly manages to get their innovative program certified, and to achieve its carbon neutral 2021 goal. 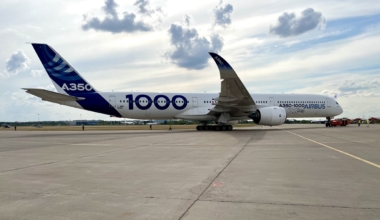 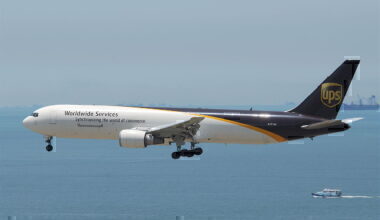