CH Aviation reports that HiFly’s CEO envisions a 100-fleet strong expansion plan. Currently, HiFly has 16 aircraft in their fleet. This represents a massive increase in size. HiFly will likely split the aircraft between their subsidiaries based in Portugal and Malta.

Currently, HiFly, across both subsidiaries, operates the following all-Airbus fleet:

This statement is interesting since HiFly’s A380 is doing a whole lot of nothing. The aircraft was supposed to operate for a customer all of the summer season. However, the aircraft has only made a few flights according to FlightRadar’s tracking.

HiFly has had some operational issues with their A380. After a few incidents and long delays, the former Singapore Airlines A380 will not take to the skies all summer. Initially, HiFly indicated they had a customer for the summer season, but that doesn’t seem to have materialized.

Interestingly enough, additional A380s might work. With only a few A380s available to lease, customers looking to use a larger aircraft for long-haul routes at peak times may be put off with only one available. Any issues with the plane will impact their schedule massively. However, with more in their fleet, HiFly can assure customers of a continuity of service that just isn’t possible with one.

Where will HiFly get more A380s?

The second-hand A380 market is going to grow. Qatar Airways, Emirates, and Lufthansa are looking to dump their A380s. That means HiFly could potentially find additional second hand A380s for a low price.

HiFly hasn’t altered the interior of the A380 they have. If they keep that trend and acquired some Emirates A380s, some could find themselves in a former Emirates First Class suite! Whether or not showers will remain active are a different issue.

The news of more A380s for HiFly comes as a statement from HiFly’s CEO. CEOs will sometimes make noise without necessarily acting on their suggestions. At the end of the day, it all depends on the market. If HiFly can find A380s with profitable economics, it isn’t unreasonable to expect them to take additional aircraft.

Do you think HiFly needs more A380s? Let us know in the comments! 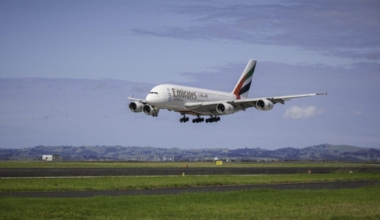 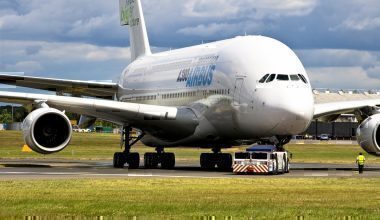 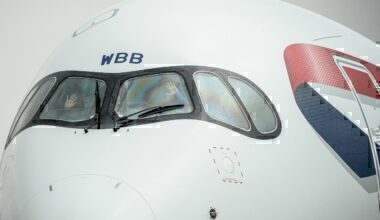