The government of Hong Kong will be bailing out its largest airline with HK$236 million in funding – the equivalent of $30.4 million. The Cathay Pacific Group, along with its rival Hong Kong Airlines, will get the one-off government subsidy at a ‘rate’ of HK$1 million per aircraft. Airlines around the world have had their revenues shrink substantially as governments impose travel bans and restrictions.

Funding based on fleet size

The Hong Kong government has decided that financial assistance will be distributed to airlines based on fleet size. According to the South China Morning Post (SCMP), carriers will get HK$1 million per ‘large aircraft’ and HK$200,000 for smaller planes.

Officials have decided that a “maximum total weight authorized” of more than 54.5 tonnes would count as large. Aircraft below this weight would be classed as small. Therefore, with an MTOW of 68,000kg or 68 tonnes, the narrowbody Airbus A320 counts as a large plane.

According to the Bangkok Post, a Cathay Pacific spokesperson said the following:

Part of a larger government stimulus

The funding is part of a much larger initiative to keep the Hong Kong economy afloat. In total, HK$137.5 billion in funding will be distributed as a citywide pandemic relief package.

“Given the epidemic’s catastrophic impact on Hong Kong’s economy, the Government has to dig deep into its fiscal reserves accumulated over the years to help our businesses and people. With Hong Kong’s fundamental strengths and our people’s resilience, we are confident that our city can ride out this storm and Hong Kong can be relaunched,” -Mrs. Carrie Lam, Chief Executive of Hong Kong SAR

Included in government assistance plans is the initiative to purchase 500,000 flight tickets directly from the city’s airlines. The purchase is officially being made by the Airport Authority Hong Kong (AAHK), which runs Hong Kong International Airport. The Bangkok Post reports that the AAHK will also buy back airport services equipment.

It’s an interesting and rather unconventional way to decide how much financial assistance an airline will receive. In many respects, it is a simple and fair move that easily takes into account the size of an airline’s operations.

Do you think this is a fair and mostly accurate way to distribute government assistance? Why or why not? Let us know in the comments.

Simple Flying reached out to the Hong Kong Civil Aviation Department with a request for comment. However, at the time of publication, no response was received. 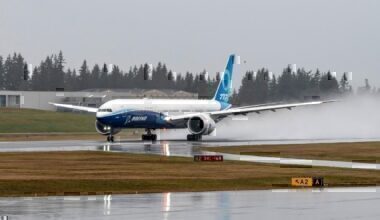 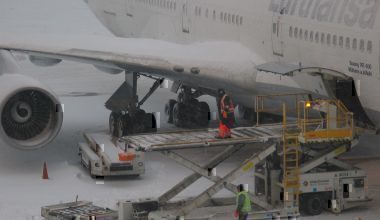