How Aircraft Deliveries To Airlines Work?

When a new plane is complete, how does it get from the factory (say for example the Boeing factory in Paine Field, Washington, United States) to the client (say, for example, Virgin Australia based out of Sydney, Australia)?

A Boeing 737 could not possibly fly the distance over the Pacific, heck, even a normal long-range aircraft barely has the range to fly from Australia to the West Coast on the USA.

This leads to the question (and the headline), how do planes get delivered to airlines?

If the plane has the range to fly direct to the airline’s hub, like the new Boeing 777X business jet that can fly 21,000 KM, then it will take the shortest route. Remember these planes are actually empty of any passengers or luggage, so generally, they can fly a little bit further than normal. This generally includes any aircraft such as a Boeing 747, 777X, Airbus A380, A350 etc.

As for smaller aircraft with a limited range, such as a Boeing 737, the process is a little more complicated.

Second – Deliveries across the Atlantic

For a Boeing 737 to be delivered from Boeing to Frankfurt, Germany, it has to go a special route.

First, the plane flies as far as it can on the North America continent, to St Johns international. Once refueled, from here it will fly to Iceland (or all the way to England if it can), then onto its final destination in Europe.

Third – Across the Pacific

There are two ways for a plane to cross the Pacific. The first is to island hop, tracing a path through the south pacific much like the United Island Hopper.

The alternative route would be around the top of the world. In the case of our friends at Virgin Australia:

As you can see from the route, the Boeing 737 needs to fly to Alaska, Japan, Hong Kong, Indonesia, Australia and then its hub in Sydney. This, of course, is just an example route, and many others could be taken.

In the past, when flight ranges were smaller and the world more hostile (due to the cold war), planes used to actually fly via Europe to Asia, land hoping like an Indiana Jones segway overlay.

If you want to understand the math involved, I’ve put it into a chart below.

Wait, what about Hawaii?

One place we forgot to mention is Hawaii, which is located a good 2,300 miles away from San Fransisco. Now, most modern aircraft can actually make that journey (just), but back in the day, they had to do something rather clever.

When Hawaii wanted to replace their aging DC-9s with more modern Boeing 717s back in the day, they had to actually install extra fuel tanks in the aircraft themselves, then ship over the spare parts.

But now, with airlines like Southwest planning on flying across the Pacific in their aircraft, these modifications are no longer needed.

As for the pilots who flew the planes, you best hope that a return ticket via the buying airline is included in their fee!

What do you think? Is this the way airlines should have their aircraft delivered? 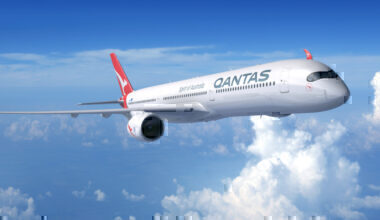 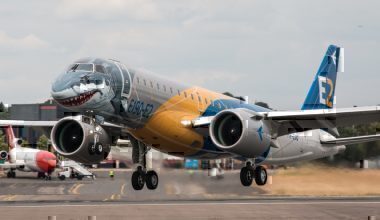