How Do Airlines Decide On A New Route?

Airlines have all sorts of sophisticated tools at their disposal to help them plan where to fly next. These tools crunch the numbers, spit out the results, and show whether a route is likely to be profitable. However, that’s not always the whole picture. At AviaDev Europe last month, we discussed the other things that influence airlines’ decisions to open a route. Here’s what we discovered.

Take Ireland for example. The island of Ireland (including Eire and Northern Ireland) is represented by one body – Tourism Ireland. This tourism board has for many years worked closely with airports and airlines to secure new routes into the island, recognizing the importance of good air links to the destination.

Having the local tourism board involved in the process of route development is incredibly appealing to airlines, as it shows the route is in line with the tourism goals of the locality. We discussed in detail what else airlines look for when choosing a new route. Let’s see what those things are.

What do airlines look for in a route?

While discussing how airlines plan and decide upon routes, we looked at what information they need from airports and, potentially, tourism boards also. Some of the most crucial elements of route planning, such as traffic forecasts, operating costs and profit and loss assessment are certainly important, but by the time the airline is talking to the airport, not so much.

You see, airlines will already have a good grasp of the numbers behind the route. They’ll already know whether demand and local income are at the right level to make the route work by the time they start talking to the airport. But what else do they need to know? What should airports and tourism boards be telling airlines about the destination?

A recent ASM survey of airlines asked just this question, and it was these results that we discussed in some detail at the AviaDev Europe workshop. Here’s what was identified:

Anyone can draw a radius around an airport, be it 50 or 100 miles in distance, but does this tell the true story? Local airports and tourism boards will understand that people from a certain area will come to their airport, perhaps thanks to excellent roads or a lack of other options, even if it’s a bit further away. Similarly, they will understand that people from another area, albeit closer as the crow flies, would rather travel to a different airport due to difficulties with on the ground connectivity.

Some destinations are solid all-year-round contenders. London, Munich and Vienna, for instance, have good all year visitor profiles with not too much impact from the offseason. These, therefore, would be suitable for an all-year route. However, places like Ibiza and Kos will be far more seasonal, making them less attractive for a year-round route.

Understanding the industries which are important to the local area will help airlines understand the likelihood of having business class demand. For full-service airlines, in particular, this can make or break a route. Even for low-cost carriers, knowing if there is likely to be regular demand from local businesses can help incentivize a route.

Why do people go to this destination? These days, airlines are as involved in promoting new routes and destinations as the tourism boards are, so they want to know how they can sell it to their passengers. Understanding what makes the place unique and attractive to visitors, particularly leisure destinations, will help airlines to gauge how much interest there will be in the route.

Airlines like to see that everyone is on board with developing this new route. That means not just the airport itself,  but also the tourism board, the local authority and other local stakeholders. This extends as far as having civil aviation authorities on board, tourism operators, regional government and even local businesses. The more stakeholders come out in support of a proposed route, the more confidence the airline will have that it can be a success.

These types of insights are the sorts of things that all the number crunching in the world can’t reveal and are what airports and tourism boards should be focussing on providing to airlines when discussing a new route. 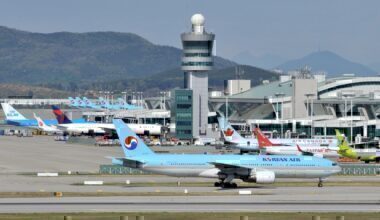 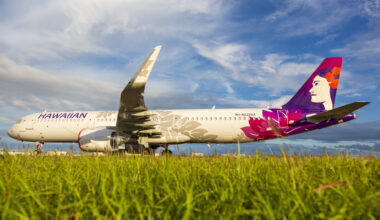