How Are Aircraft Painted?

The aircraft of the world’s airlines are painted in a huge variety of liveries from the plain and simple to the downright gaudy. But what does it take to paint something the size of an airliner? It’s actually much the same as painting anything else, but you just have to think on a bigger scale. However, for an aircraft, there are also some unique considerations to take into account.

The importance of painting an aircraft

Each airline has a unique identity, and its aircraft are its biggest advertisement. Whether nationally or globally, a prominent logo and color scheme will make the company’s planes instantly recognizable wherever they fly. But the coating of paint is not just pretty but also functional.

It protects the aircraft’s surfaces from fuel spillage, salt, oxidation and other harmful substances that can damage the metal. Even when it’s displaying its shiny new livery, the paint is under attack from the elements. Chips and cracks can develop, which attract dirt and moisture that dulls the paintwork and can develop corrosion spots more seriously. For that reason, aircraft are generally repainted every seven to ten years.

So how is an aircraft painted?

In the paint shop, just like with a car, parts of the plane will be covered up by masking tape before the painting starts. The aircraft will get three coats of paint applied by a high-volume, low-pressure spray system that applies an even coating. The first coat is an eco-friendly primer that helps the subsequent paint layers to adhere to the surfaces.

Finally, a clear coat is applied that provides a layer of protection against the effects of UV light, airflow erosion and any harmful fluids that the aircraft comes into contact with.

All of the paint layers applied need to be very thin as each coat adds weight to the aircraft. On an Airbus A380, a single layer can add up to between 600 and 1,000 kg. Extra weight means higher fuel consumption, which leads to negative economic and environmental consequences.

Over time, the paintwork loses its sheen and develops blemishes that detract from its appearance and can cause damage. As mentioned above, airlines usually have their aircraft repainted every seven to ten years. An aircraft makeover is not as simple as just slapping on a new coat of paint.

As we said, weight is a crucial factor, and the old layers of paint have to be stripped back to provide a clean ‘canvas’. The surfaces can be sanded, which is a labor-intensive and time-consuming process. Alternatively, the old paint can be stripped using chemical agents. Then the plane can be repainted to give it a good-as-new-appearance.

The cost of painting an aircraft can vary enormously. British Prime Minister Boris Johnson famously and controversially spent a reported £900,000 ($1,116,000) having the ministerial RAF Voyager jet patriotically repainted. However, a paint job on a regular commercial airliner costs from $150,000 to $300,000. Depending on the complexity of the design, it takes around two weeks to paint an aircraft. 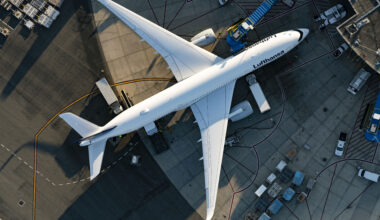 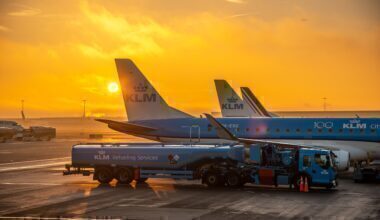 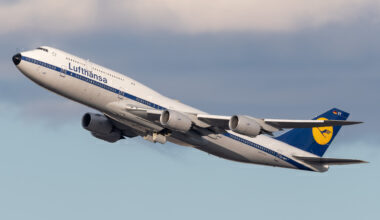 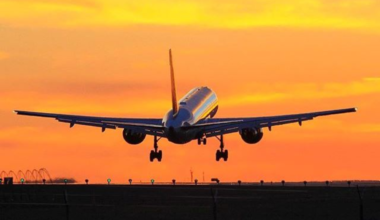 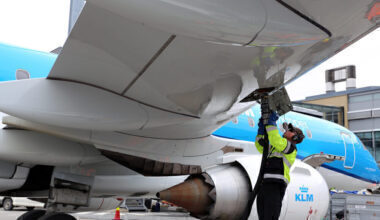